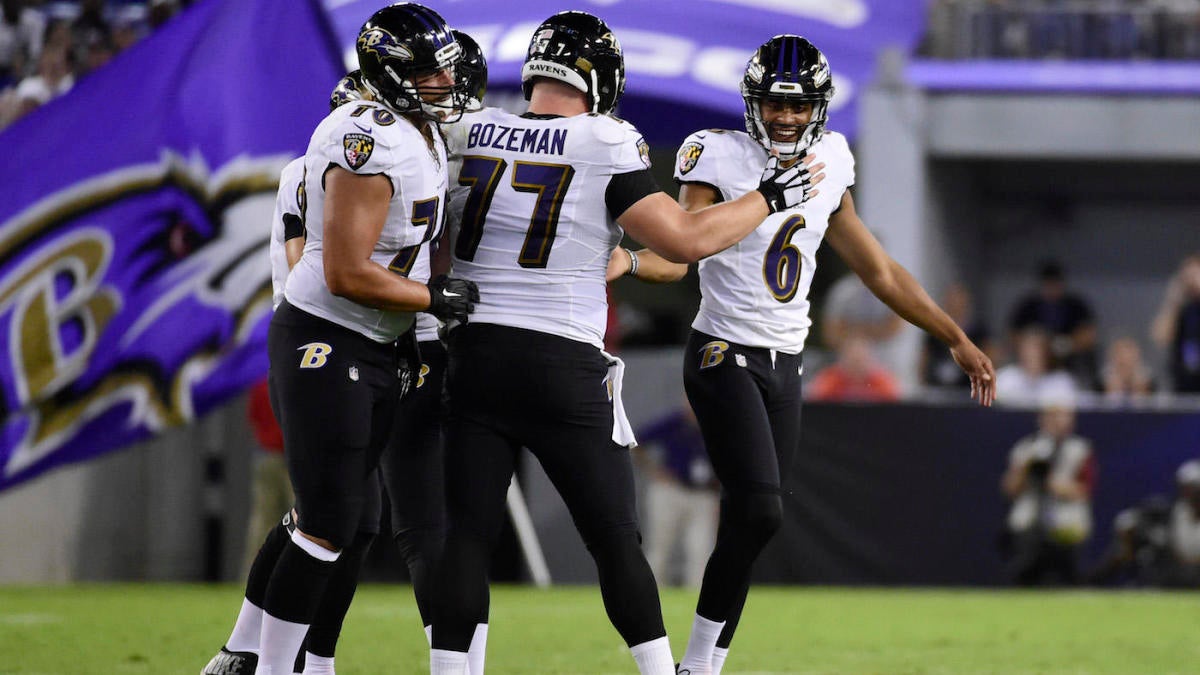 Kaare Vedvik will in all likelihood be on an NFL roster by the time the regular season kicks off. However, it probably won’t be the Ravens, the team he’s currently kicking for in the preseason.

Because Baltimore boasts the most accurate kicker the league has ever seen in Justin Tucker, a future for Vedvik in the black and purple is nonexistent. That’s why he’s been at the center of trade rumors, with the Ravens planning to gain some draft capital in exchange for him by the time the preseason is over. Even back at the NFL owners meeting in March, head coach John Harbaugh made note of this pending move saying that he expects Vedvik to “kick well enough for us to trade.”

Well, he’s doing just that. In Baltimore’s preseason opener against the the Jaguars, Vedvik nailed all four of his field goals, with a long coming from 55-yards out. He also netted both of his extra points and even had two punts that went an average of 55.5 yards.

Given that production, it appears to be a matter of when the 25-year-old gets moved, rather than if.

“I don’t really ever think about that,” Vedvik said of the trade rumors, via ESPN.com. “I’m focused on playing the game. That’s it. Teams that are interested, they talk to coach, the head honcho. I’m just going to play the game.”

Vedvik first jumped on the scene last summer where he hit eight of his nine field goal attempts for the Ravens, including a 56-yarder in the preseason finale. At the time, it looked like he was going to be moved before the start of the regular season, but Vedvik was later assaulted in East Baltimore. He was found alone with multiple face injuries, not knowing how he ended up where he was found.

He was placed on the non-football injury list, ending his season. Now, he’s making a comeback and looking for a new team to make him the guy.

The Chicago Bears are an obvious trade partner after Cody Parkey’s disastrous double-doink miss in the playoffs last year. Eddy Pineiro and Elliott Fry are currently on Chicago’s roster battling for the spot, but have been uninspiring thus far. If that continues along with Vedvik’s consistent rise, the Windy City makes the most logical sense for him to land by the end of the summer.