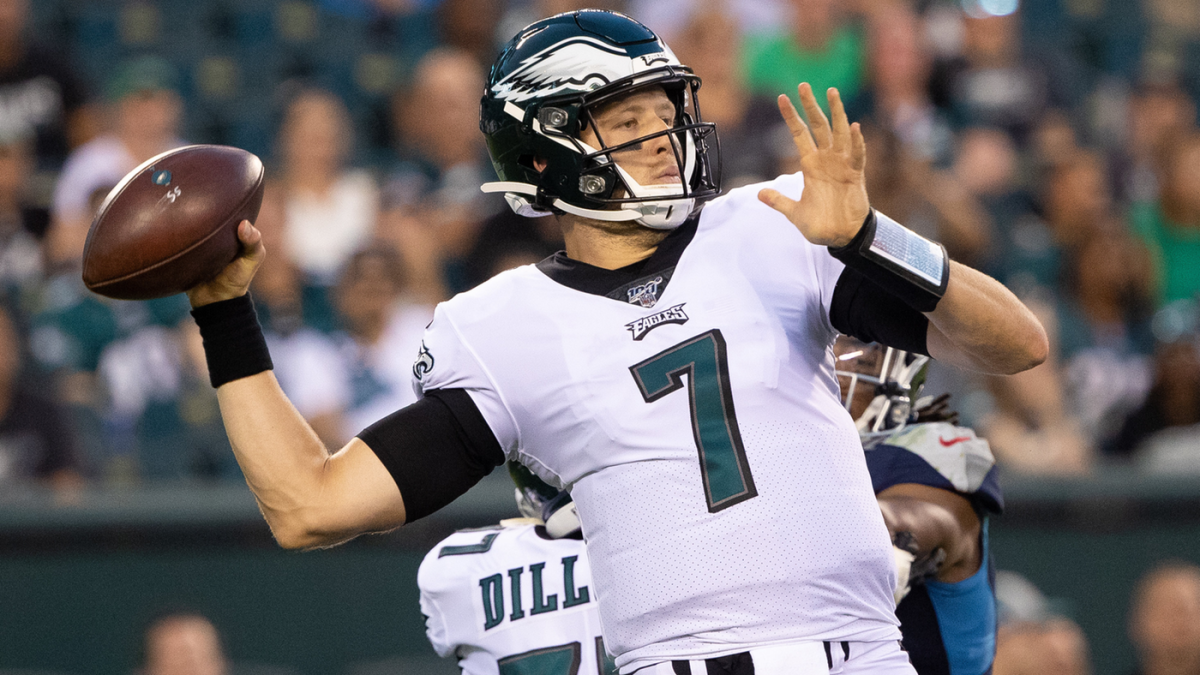 The Philadelphia Eagles received some good news on Nate Sudfeld Friday, as the team’s No. 2 quarterback underwent successful surgery on his broken left (non-throwing) wrist. Per ESPN’s Adam Schefter, Sudfeld is expected to return in six weeks.

Based on that timetable, Sudfeld will miss the final three preseason games and two regular season games. A potential Week 3 return in the regular season is the best-case scenario for the Eagles, as head coach Doug Pederson revealed the team’s No. 2 quarterback’s surgery was not season ending.

Sudfeld was off to a strong start in only his second preseason game with the Eagles, lofting a perfectly-thrown pass to Marken Michel in the second quarter of Thursday night’s 27-10 loss to the Tennessee Titans. It was the highlight of the night for Sudfeld, who finished 10 of 18 for 188 yards and a touchdown in one half of play (107.9 rating).

With Sudfeld out for six weeks, the Eagles will turn to Cody Kessler for the No. 2 quarterback job. Philadelphia doesn’t plan on seeking outside help at this point.

“Right now, we are going to continue with who we have,” Pederson said after Thursday night’s game. “We are comfortable with Cody [Kessler] and we will get Clayton [Thorson] more work. Again, with Nate, this is not a season-ending injury, so we are excited about that.”

Kessler struggled in the preseason opener, going 3 of 6 for 12 yards and a 56.2 passer rating, raising even more questions about whether the Eagles should pursue another veteran quarterback option to compete with him for the No. 2 job.

The Browns traded Kessler to the Jaguars in 2018, where he replaced Blake Bortleslate in the season and completed 64.9 percent of his passes for 709 yards, two touchdowns and two interceptions for a 77.4 passer rating in five games (four starts).

“He’s a veteran guy. He’s started games in the National Football League. He’s shown us he’s been able to hand the playbook and incrementally getting better every day,” Pederson said. “He gets out there and takes reps.

“Looking forward, we’re not there yet, but he’s been in that role before, so he’s accustomed to being a backup if that’s the case. But right now, we’re focused on these next few days and getting ready for Saturday.”