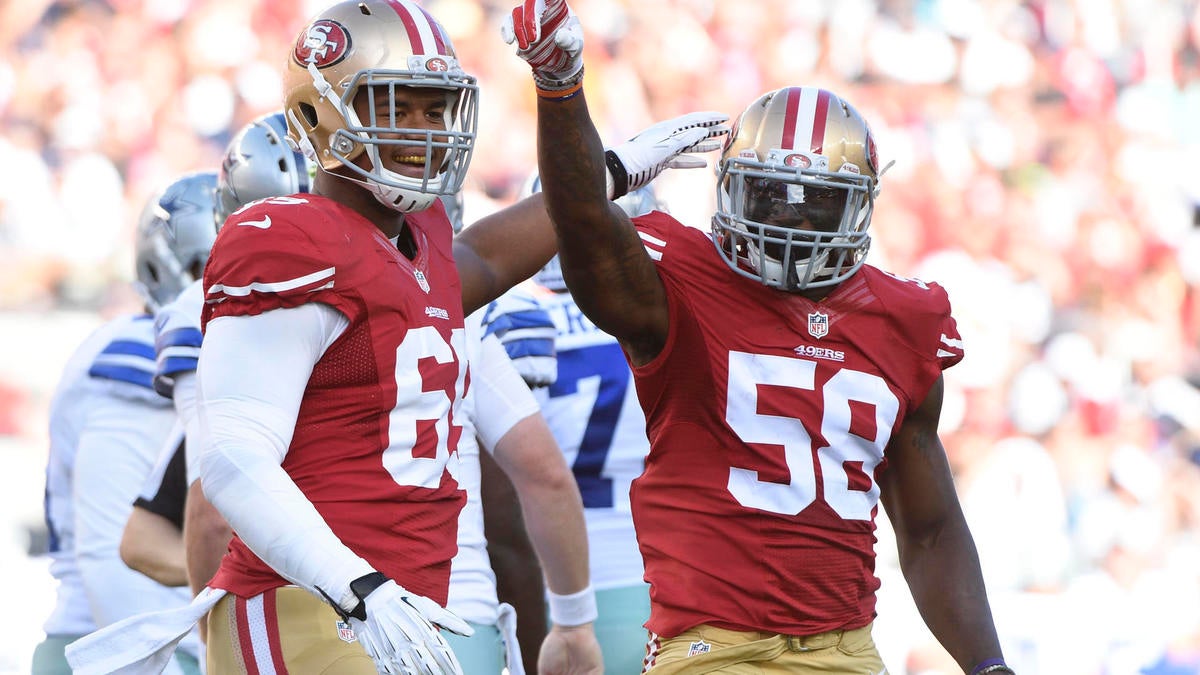 One of the Philadelphia Eagles‘ few needs entering the 2019 season was arguably pass-rushing depth, and the team got just that on Friday night, announcing a trade with the Buffalo Bills for former San Francisco 49ers third-rounder Eli Harold.

The Eagles appear to be one of the NFL’s most talented teams across the board and that includes their loaded defensive line. Behind the starting quartet of Brandon Graham, Derek Barnett, Fletcher Cox, and Malik Jackson, however, the team was set to rely on Vinny Curry, unproven second-year man Josh Sweat and fringe prospect Daeshon Hall as the top reserves off the edge. So Harold figures to slide right into competition for the No. 4 or No. 5 DE spot, with a chance at a prominent situational role on his fourth team in three years.

Originally taken at No. 79 overall out of Virginia in the 2015 NFL Daft, Harold was once a coveted 3-4 outside linebacker prospect, ranked as the top high school recruit of his state in 2012. He didn’t miss a single game over the first three seasons of his NFL career, starting 24 for the 49ers over that span and finishing his time there playing strong-side linebacker. Traded to the Detroit Lions in August 2018 after a statistical regression the year prior, Harold notched a career-best four sacks a season ago, then signed a one-year deal with the Bills this offseason.

Bates has yet to establish his own NFL resume but was on track to make the Eagles’ 53-man roster as a reserve tackle, according to some local media. A suburban Philly native, he was an all-conference honoree at both offensive guard and offensive tackle for Penn State and went undrafted earlier this offseason.