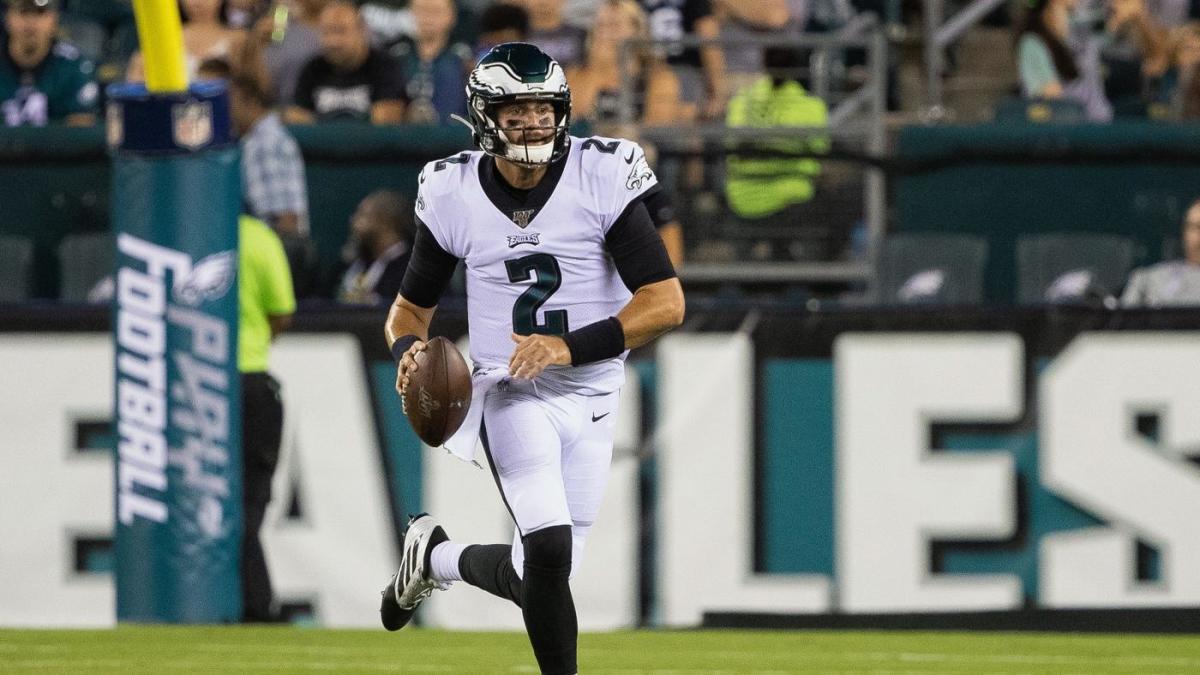 The good news for the Philadelphia Eagles: Nate Sudfeld’s broken wrist in his non-throwing arm is not a season-ending injury. The bad news: The Eagles’ lack depth at the quarterback position until Sudfeld returns.

Kessler is getting the chance to fill in for Sudfeld as the Eagles’ No. 2 quarterback, a role that’s suited him in the past.

“He’s a veteran guy. He’s started games in the National Football League. He’s shown us he’s been able to hand the playbook and incrementally getting better every day,” Pederson said after Thursday’s preseason opener. “He gets out there and takes reps.

“Looking forward, we’re not there yet, but he’s been in that role before, so he’s accustomed to being a backup if that’s the case. But right now, we’re focused on these next few days and getting ready for Saturday.”

Kessler struggled in the preseason opener, going 3 of 6 for 12 yards and a 56.2 passer rating, raising even more questions about whether the Eagles should pursue another veteran quarterback option to compete with him for the No. 2 job.

The Browns traded Kessler to the Jaguars in 2018, where he replaced Blake Bortles late in the season and completed 64.9 percent of his passes for 709 yards, two touchdowns and two interceptions for a 77.4 passer rating in five games (four starts).

Even though Kessler has spent his entire offseason with the Eagles, he needs more on-field reps to continue his progression of the system. That will certainly be heading his way over the final three preseason games.

“It’s nowhere near where those guys who have been here three years are. But it’s getting there,” Kessler said on his comfort level with the offense. “The biggest part of it is repetition. That’s something that you get with each practice day in and day out. Whether it’s mental reps watching Carson [Wentz] go or physically being on the field or in the film room.

“I’m going to be ready to go and step in there. Obviously he will still be around and talking to Carson [Wentz] and all of those guys. I’m very thankful I got those reps I did in the spring. Even though it was a little, you know to kind of not to get thrown in it right away. I had a couple months now with this offense and I’m feeling a lot better with it.”