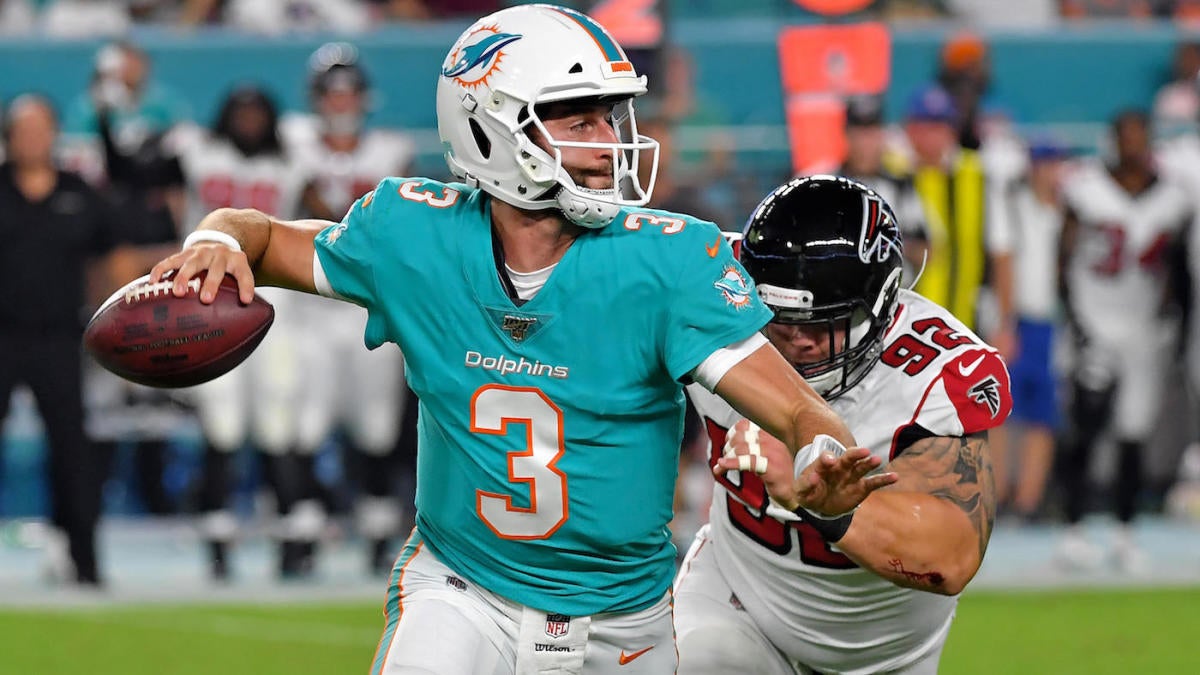 Josh Rosen’s preseason debut with the Dolphins on Thursday night should be classified as a success after the second-year quarterback led the Dolphins on three scoring drives and made more than a few impressive throws downfield despite dealing with heavy doses of pressure behind a shoddy offensive line. But Dolphins coach Brian Flores has identified at least one area that he believes Rosen needs to improve in.

“At some point as a quarterback, you have to take a sack. That’s the play,” Flores said, per the South Florida Sun Sentinel. “But the guy has a little bit of a gunslinger mentality and likes to let it rip. Obviously, that was a nice one to Preston, but I think we want to play smarter than that in that situation. Not, just let the ball go like we did.”

Flores was specifically referring to one of Rosen’s impressive completions to Preston Williams in the second quarter, when Rosen, despite being in the grasp of a pass rusher, found a way to get the ball to Williams for a third-down conversion. It was a remarkable play by both Rosen and Williams, but also a risky one. And it sounds like Flores would’ve preferred for Rosen to eat the ball instead of risking a turnover, which Rosen understands.

“It may have been a little dicey, but I probably should’ve been smarter with that even though this one worked out,” Rosen said.

In a terrible situation with the Cardinals last season, Rosen threw 14 interceptions in 14 appearances. Related: He ranked dead last in DYAR, DVOA, and QBR. By most measures, he was the worst starting quarterback in football.

“You just can’t fall into that trap because bad games will turn really bad really quickly if you don’t learn negate that risk,” Rosen said. “I’ve been battling that my whole career. I have to find that balance of knowing when I can push the edge, and when to just take the sack and live to play another down.”

Rosen’s worst moment came later in the second quarter, when his telegraphed pass over the middle was picked off by a lurking linebacker. But that throw didn’t result from his gunslinger mentality. Rosen wasn’t trying to squeeze a pass into tight coverage. He just didn’t see the defender.

But for the vast majority of his outing, Rosen displayed the traits that made him a top-10 pick a year ago. He looked like a highly drafted player capable of eventually developing into a franchise-caliber quarterback.

He finished 13 of 20 for 191 yards, averaging an impressive 9.6 yards per attempt. Even though he didn’t throw for a touchdown, he led the Dolphins to 17 points — and it likely would’ve been 20 or 24 points if not for a fumble by Allen Hurns deep in enemy territory on Rosen’s final series. It’s not Rosen’s fault the Dolphins chose the run on the goal line. It’s not Rosen’s fault this completion ended at the 1-yard line instead of in the end zone:

After falling behind Ryan Fitzpatrick in the Dolphins’ quarterback battle, Rosen made strides in recent practices. Then on Thursday night, after Fitzpatrick was mostly meh during his two series of action, Rosen looked like he was good enough to earn the starting job.

Obviously, as Flores’ comments indicated, there’s still a long ways to go. But Thursday night was a good first step for Rosen. He’s making progress. At this point in the summer, that’s all the Dolphins can ask of him.

“I feel substantially better now than I did two weeks ago,” Rosen said. “But like I said, I’ve got a long ways to go.”