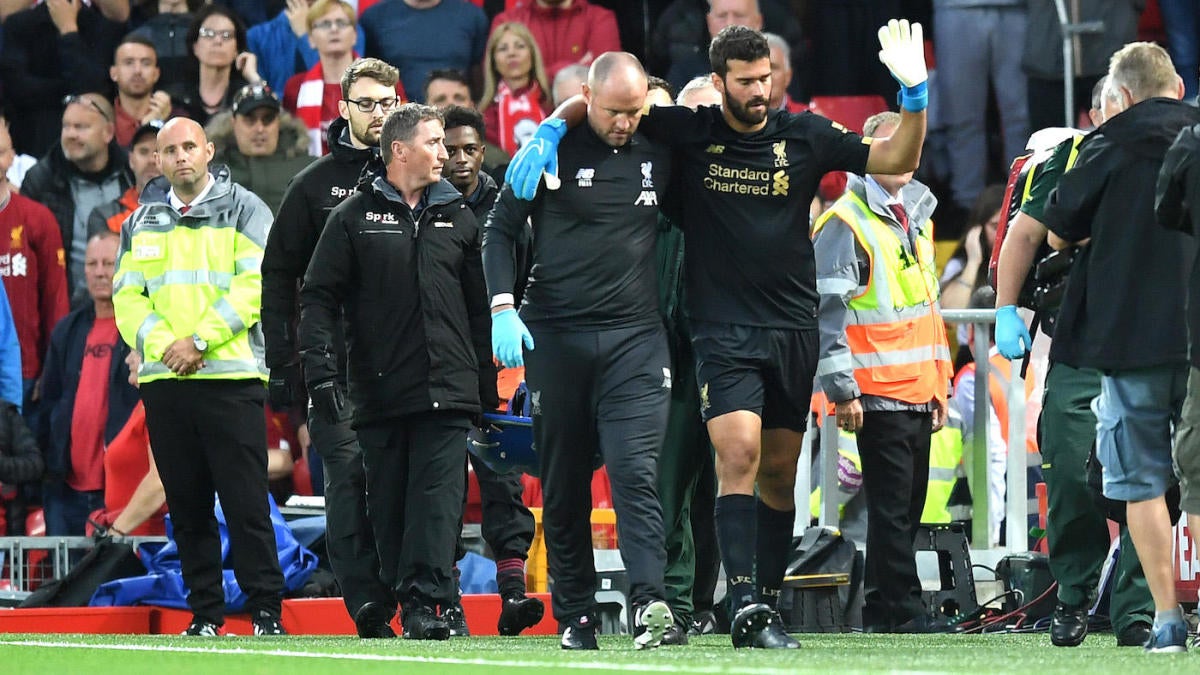 Liverpool delivered nearly all of the blows in the first half of its Premier League opener against Norwich City at Anfield on Friday. All except one. Despite scoring four goals in the first half of a 4-1 thrashing, Liverpool fans are holding their breath after superstar goalkeeper Alisson had to come off in the in the 39th minute with a calf strain. The injury took place during a goal kick, and medics came onto the pitch to carry him off on a stretcher. He was able to walk off the field, mostly under his own power, but the pain was visible.

After the match, Liverpool manager Jurgen Klopp told reporters that the Brazilian shot-stopper will sit out Wednesday’s UEFA Super Cup match against Chelsea — stream on fuboTV (Try for free).

“There is actually nothing bad to say about the game apart from Ali’s injury. That is, of course, not good for us, but we have to see how serious it is and then we have to deal with it.”It’s the calf and that’s it. He couldn’t carry on, that’s not a good sign. We have to see.”Wednesday [in the Super Cup], he will not play – with all my experience, I can say that already. He is injured, for sure, so we have to see how much.”

It goes without saying that this is certainly concerning for the Reds, especially if he misses an extended amount of time. We’ll have to await the result of tests to truly know the extent of the injury, but without him, this is a much different team.

Adrian, who the team just signed on a free transfer from West Ham, came into the game to replace Alisson in the 39th minute and will be the first-choice keeper for the time being.