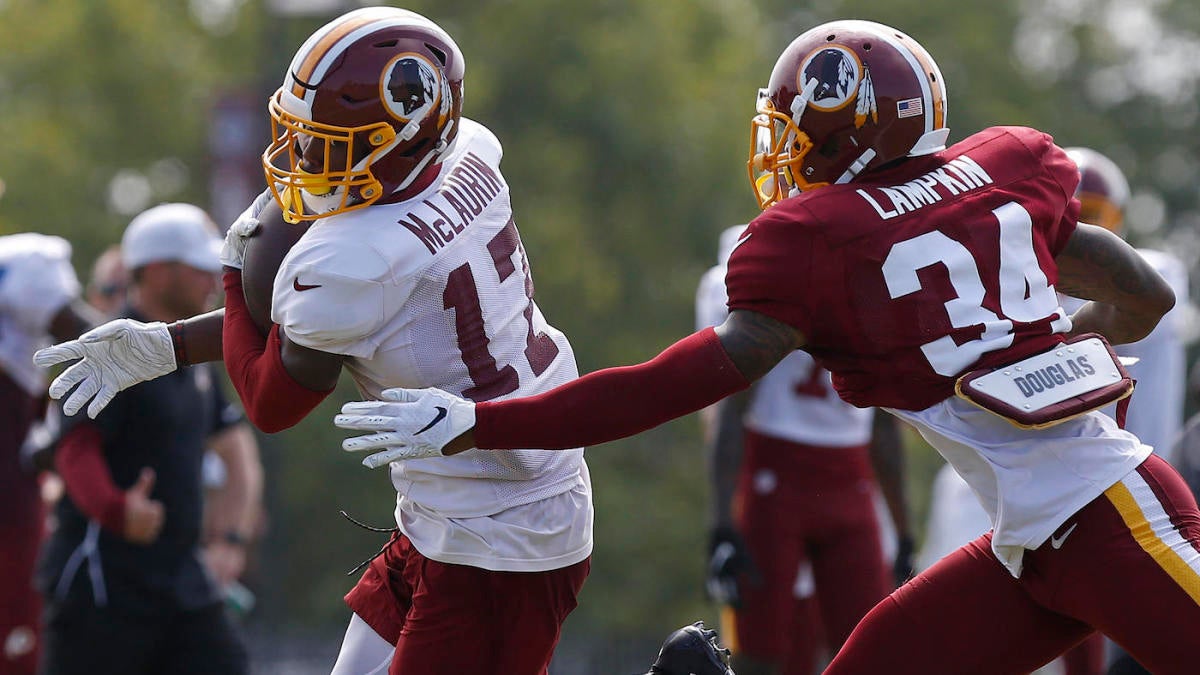 The Washington Redskins enter the 2019 season with many unknowns. Arguably their best player, left tackle Trent Williams, is holding out of training camp and appears ready to move on from the franchise. The Redskins are hosting a three-way quarterback battle that everyone in the NFL is paying attention to. Head coach Jay Gruden is looking for ways to prove that he’s worthy of keeping his job in D.C.

Winning more games would obviously right all wrongs, but the Redskins understand that’s a lot easier said than done.

Washington was atop the NFC East for the first half of last season, jumping out to a 6-3 record before the amount of injures became insurmountable. It started with rookie running back Derrius Guice in the preseason, then starting wideout Paul Richardson Jr. and a number of offensive linemen, and then finally starting quarterback Alex Smith in Week 11.

The Redskins now have seen firsthand what a lack of depth can do to a team who is otherwise in a great position, and they made it their objective to add depth at every position this offseason. They will likely carry three capable quarterbacks, four running backs and more than enough offensive linemen.

There are several bright spots when it comes to the 2019 Redskins that should bring fans back into the fold. Guice is back healthy, and Washington drafted a couple of talented wideouts, a potential franchise quarterback and a freakish pass-rusher this offseason, but it still remains to be seen when they will see the field and how many reps they will receive at first.

The quarterback position is naturally the one everyone wants to talk about. Right now, Colt McCoy holds the lead over Case Keenum and Dwayne Haskins, but that could change in the next month. McCoy is the only quarterback who has a couple of seasons under his belt in this offense, which allowed him to somewhat stand out in the early stages of this quarterback battle. It’s currently his position to lose, and he will have to prove this preseason that he’s the correct choice moving forward.

With Williams out at left tackle, in steps Geron Christian. The Louisville product was drafted by the Redskins in the third round of the 2018 NFL Draft, and he played in just two games last season before suffering a torn MCL. Washington also signed veteran Donald Penn and Corey Robinson to bolster the position, and either one could establish themselves as the better option before Week 1of the regular season.

Ereck Flowers is battling with rookie Wes Martin for the right to start at left guard, which is a good move considering how he fared at left tackle in OTAs. He hasn’t impressed in general, but the Redskins are convinced he will succeed on the inside.

The wide receiver position is one to watch this preseason. While Josh Doctson and Richardson Jr. are considered the starters, Cam Sims, Brian Quick and rookies Terry McLaurin and Kelvin Harmon have put together impressive performances in OTAs and training camp. Gruden is going to involve these guys in the game plan, and they could jump into starting roles at some point this season if Doctson and Richardson Jr. struggle.

With Jonathan Allen, Daron Payne and Matt Ioannidis, the Redskins have one of the best starting defensive lines in the NFL. Coach Gruden has continued to bring up the development of both Caleb Brantley and Tim Settle as well, and both could play some meaningful snaps in 2019.

First-round pick Montez Sweat is currently listed as the backup to Ryan Anderson, but that could change by the time September rolls around. The coaching staff continues to be surprised by his size and athleticism — tools which could make him an immediate NFL starter. Anderson is no slouch either, however, and has been waiting for his chance to play since he’s been stuck behind Ryan Kerrigan and Preston Smith on the depth chart for the majority of his career.

With the release of Mason Foster, the Redskins are handing the keys of the defense over to journeyman linebacker Jon Bostic. The former Pittsburgh Steeler has only been in Washington for a couple of months, but has had no problem taking over as the quarterback of the defense. Shaun Dion Hamilton, the second-year backer out of Alabama, is expected to start alongside him.

The cornerback position continues to be one to watch this preseason. While Josh Norman, Quinton Dunbar and Fabian Moreau are slated as the starters, many are excited to see where veteran Dominique Rodgers-Cromartie and rookie Jimmy Moreland fit in. Dunbar has had recent problems staying healthy and Norman hasn’t played like the superstar the Redskins are paying him to be.

Kicker Dustin Hopkins had a career year in 2018, making 26 of 29 field-goal attempts and also missed just one extra-point attempt. He also recorded a new career-long field goal with a 56-yarder he made in Week 6 during the Redskins’ 23-17 win over the Carolina Panthers. Punter Tress Way also had a career year, and earned the NFC Special Teams Player of the Week award in Week 10.

The Redskins don’t appear to be married to their depth chart when it comes to their returners, but expect starting slot receiver Trey Quinn to get plenty of opportunities on special teams.