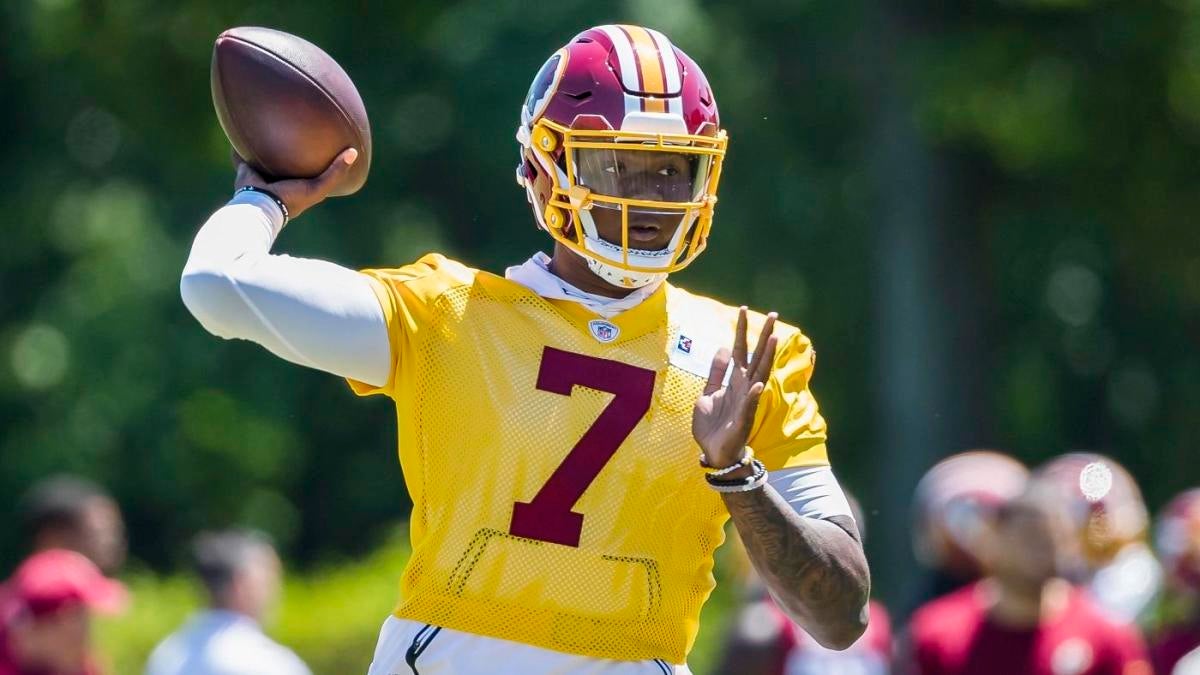 After a tumultuous offseason, NFL training camps are underway and the preseason begins for the majority of the league on Thursday night with 11 games on the schedule beginning at 7 p.m. ET. The annual Jets vs. Giants preseason grudge match will take place at MetLife Stadium and all eyes will be on Giants first-round pick quarterback Daniel Jones as he makes his debut. Eli Manning will only play sparingly, if at all, so Jones should see a lot of reps on Thursday. But is he a worthwhile pick in NFL DFS tournaments and cash games on FanDuel and DraftKings on a night where the player pool is going to be incredibly deep? It’s tough to get a gauge on who to put in your NFL DFS lineups this time of year, but DFS millionaire Mike McClure has scoured through the data to bring you an optimal NFL DFS strategy for Thursday night. Be sure to check out his NFL DFS picks and advice before you set your own lineup.

McClure absolutely rolled through the 2018 NFL season, cashing in the top 5 percent of tournaments on FanDuel and DraftKings multiple times. His optimal lineups cashed as high as the top 0.1 percent on FanDuel and the top 1 percent on DraftKings. He was also all over Falcons quarterback Kurt Benkert on FanDuel and DraftKings for the Hall of Fame Game last week. The result? Benkhert easily led all quarterbacks with 185 yards of passing and a touchdown, while adding 17 yards on the ground. Anyone who has followed him has seen some huge returns. Now he’s turned his attention to Thursday’s games in Week 1 of the NFL preseason.

For Thursday’s action, where every player on FanDuel is $6,000 and every player on DraftKings is $5,500, one of McClure’s top NFL DFS picks is Redskins rookie quarterback Dwayne Haskins. Washington seems intent on going with either Colt McCoy or Case Keenum as their starter to begin the regular season, but they’re going to give Haskins an extended look this preseason so that they’re well aware of what they have should they decide to make the switch.

And preseason NFL DFS is all about reps. Haskins and the Redskins will take on the Browns on Thursday night and he should get plenty of action in a homecoming of sorts after playing at Ohio State. It’ll be particularly interesting to see how Haskins and his former college teammate Terry McLaurin can use their history together to attack down the field against some of the more unproven players among Browns secondary reserves. Haskins put up huge numbers at OSU and he’s likely to be throwing the ball a lot on Thursday.

Part of his optimal NFL DFS strategy for Week 1 of the NFL preseason includes rostering Bills running back Devin Singletary, who is in position to produce big numbers as Buffalo gets its first live look at the third-round pick out of Florida Atlantic. Singletary is surrounded by veterans such as LeSean McCoy, Frank Gore and T.J. Yeldon on the depth chart. While some of them could see time on Thursday against the Colts, it’s doubtful that they’ll go for more than a series or two.

Singletary rushed for a whopping 4,287 yards and 66 touchdowns in just three years at FAU, and despite only being 5-foot-7, 200 pounds, he was known for his vision and instincts around the goal line. Expect him to get looks in the red zone as a runner and possibly a receiver out of the backfield. He has multiple-touchdown upside in this matchup as he looks to climb the Buffalo depth chart, so confidently lock him in and look for a huge return on value.

McClure is also targeting a player who could go off for massive numbers Thursday because of a dream matchup. This pick could be the difference between winning your tournaments and cash games or going home with nothing.

So who is DFS pro Mike McClure putting in his optimal NFL DFS lineups for Thursday night in Week 1 of the NFL preseason? Visit SportsLine now to see the full optimal tournament lineups from a professional DFS player who has almost $2 million in career winnings, and find out.