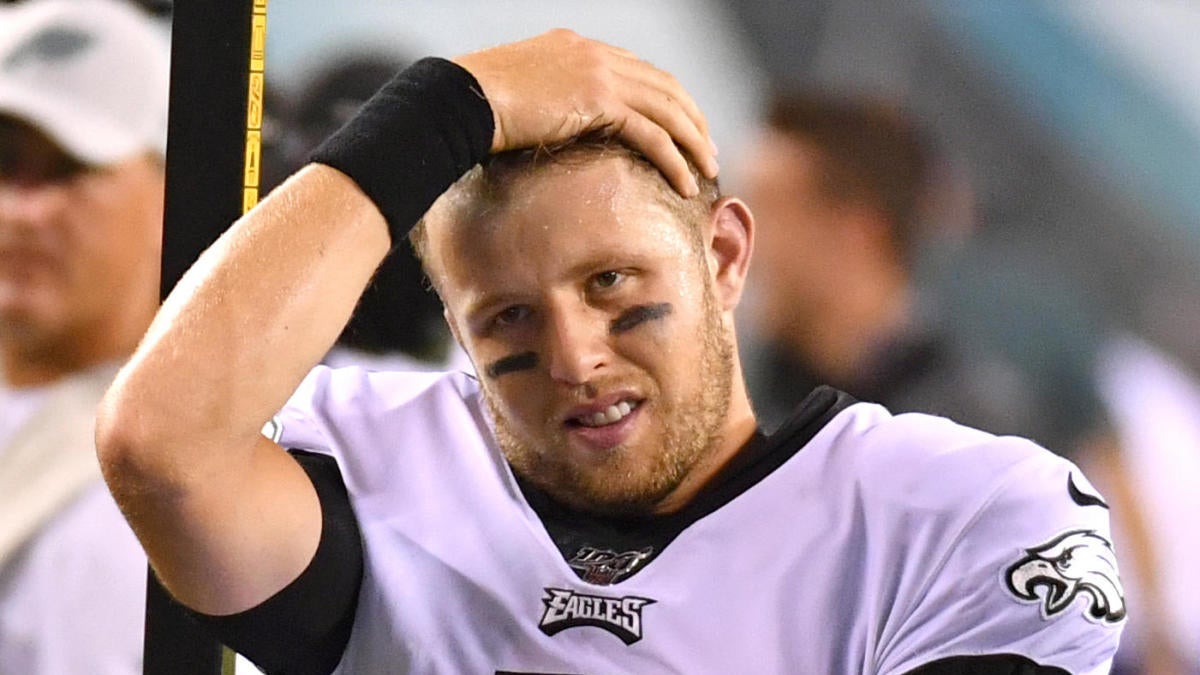 The Philadelphia Eagles enter the 2019 season with Super Bowl aspirations as one of the most talented rosters in the NFL. Philadelphia was determined to improve the 28th-ranked rushing attack last season, adding Jordan Howard in a trade and selecting Miles Sanders in the second round, the team’s highest selection for a running back since LeSean McCoy in 2009.

On defense, the Eagles traded Michael Bennett and lost Chris Long to retirement, but the team added Malik Jackson to pair next to Fletcher Cox on the interior. Vinny Curry also was brought back to improve the run defense. The Eagles added talent in the secondary with Andrew Sendejo highlighting the moves on the back end and revamped the linebacker unit with Zach Brown and L.J. Fort in free agency.

The Eagles put plenty of stock in the backup quarterback position, as evidenced by having Nick Foles on the roster the past two seasons. With Foles gone, Sudfeld was the clear-cut No. 2 quarterback for Carson Wentz, but broke his left wrist in the Eagles preseason opener and will immediately have surgery (injury is not season-ending).

Cody Kessler is the top internal option to replace Sudfeld, but he struggled in the preseason opener, going 3 of 6 for 12 yards and a 56.2 passer rating. Kessler wasn’t asked to do much with the Jacksonville Jaguars last season, but the advanced stats showed he was accurate on the passes that were thrown 0-to-9 yards. Per Pro Football Focus, Kessler finished fifth in the league in passes that went 0-to-9 yards at 72.3 percent (that measures the away from coverage designation by PFF).

No doubt Kessler has a clear edge over Clayton Thorson, who struggled mightily in his preseason debut. Thorson went 2 of 9 for seven yards and one interception for a 0.0 passer rating, missing wide open receivers and sailing deep throws across the middle of the field. Thorson was a developmental project for 2019, so the Eagles weren’t really counting on him to contribute this year. Could they waste a 53-man roster spot on Thorson? They need more depth at quarterback and can easily get the 2019 fifth-round pick to pass through waivers at this point.

While the offense has been set in stone on paper, the running back position is one to watch as the preseason unfolds. Miles Sanders has been impressive throughout the two weeks of camp, showcasing himself as the best back on the roster with quick jump cuts and explosive plays that have brought an extra big-play threat to the Eagles offense. Jordan Howard is the No. 1 running back in the team’s running back-by-committee approach, but that could soon change.

The offensive line has the same starting lineup as last year, but Brandon Brooks is uncertain for the opener as he still rehabs from a  torn Achilles suffered in the NFC Divisional Playoffs last year. The Eagles have cross-trained Halapoulivaati Vaitai to play right guard and he’s the leader in the clubhouse to start in place of Brooks. Andre Dillard will stay at left tackle as the heir apparent to Peters.

For all the questions the Eagles had at the No. 4 defensive end position, Josh Sweat has been one of the most impressive players in camp. Sweat has been around the ball in the full-padded practices and been getting to the quarterback consistently. The No. 4 edge rusher spot won’t be as prevalent as in years past thanks to the addition of Jackson, a three-down defensive tackle that won’t require the Eagles to move an edge rusher in.

Nigel Bradham and Kamu Grugier-Hill were the two frontrunners to start at linebacker, but Grugier-Hill will be out for the start of the year. The Eagles will turn to Zach Brown and Nate Gerry to counter the loss of Grugier-Hill, with L.J. Fort playing a valuable backup role since he can play all three positions.

The Eagles will still have Darby as a starting cornerback despite him only participating in individual drills while he rehabs from a  torn ACL from last October.  Darby is expected to be back by Week 1. Maddox is the starting slot cornerback, which would push Douglas over to the other starting cornerback job on the outside. While Darby is out, Sidney Jones will start at cornerback. Jones has had an impressive camp.

Sanders was a leader to return kicks prior to camp and the Eagles will give the explosive back the opportunity in the preseason. Sproles will be the punt returner with Jackson returning punts in special situations during the regular season.