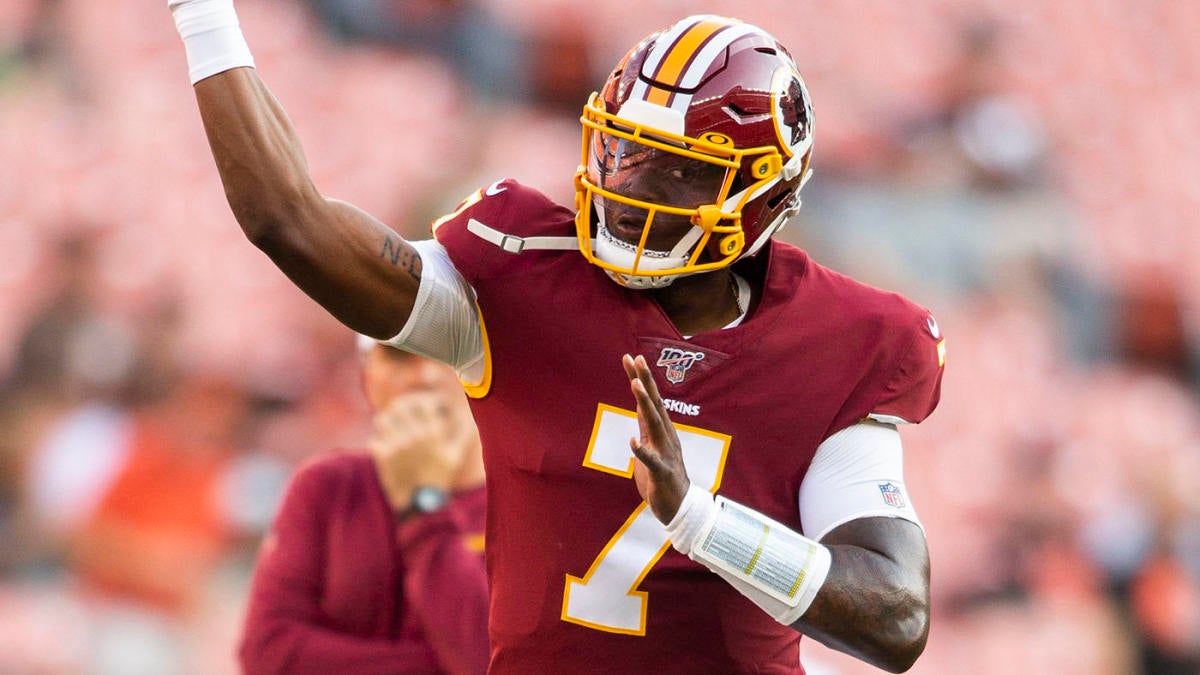 Washington Redskins rookie quarterback Dwayne Haskins turned in a roller coaster-like first half in his preseason debut. There were highs and there were lows, as the first-year signal caller struggled to find a rhythm. In the spring, Redskins head coach Jay Gruden told ESPN’s John Keim that Haskins was the “wild card” to win this quarterback battle, and after this first half, it sure does appear that way.

Haskins’ first drive started off nicely. He completed his first throw for a 30-yard gain off nice play-action.

Check it out here:

The drive was derailed just plays later, after Darvin Kidsy fumbled the ball away after making a 27-yard catch.

Haskins then entered a tough stretch, as he threw a bad interception the following drive that resulted in a Cleveland Browns touchdown.

Haskins was looking to get the ball to running back Byron Marshall, who was flaring out of the backfield — but failed to recognize rookie linebacker Mack Wilson, who was monitoring him all the way.

While that pass was Haskins’ fault, the big sack he took the next drive was not. Running back Samaje Perine struggled to pick up defensive tackle Devaroe Lawrence, who came unchecked into the backfield and downed Haskins at the Redskins’ own 5-yard line.

After a tough stretch like this one, you want to see how a rookie quarterback rebounds. Haskins then strung together a few nice plays, making things happen with his feet when protection broke down. Six plays into the drive, the Redskins finally crossed midfield before the rookie showed another lapse in judgement. Another rookie, cornerback Greedy Williams, picked off an errant pass to give Cleveland possession before the halftime break.