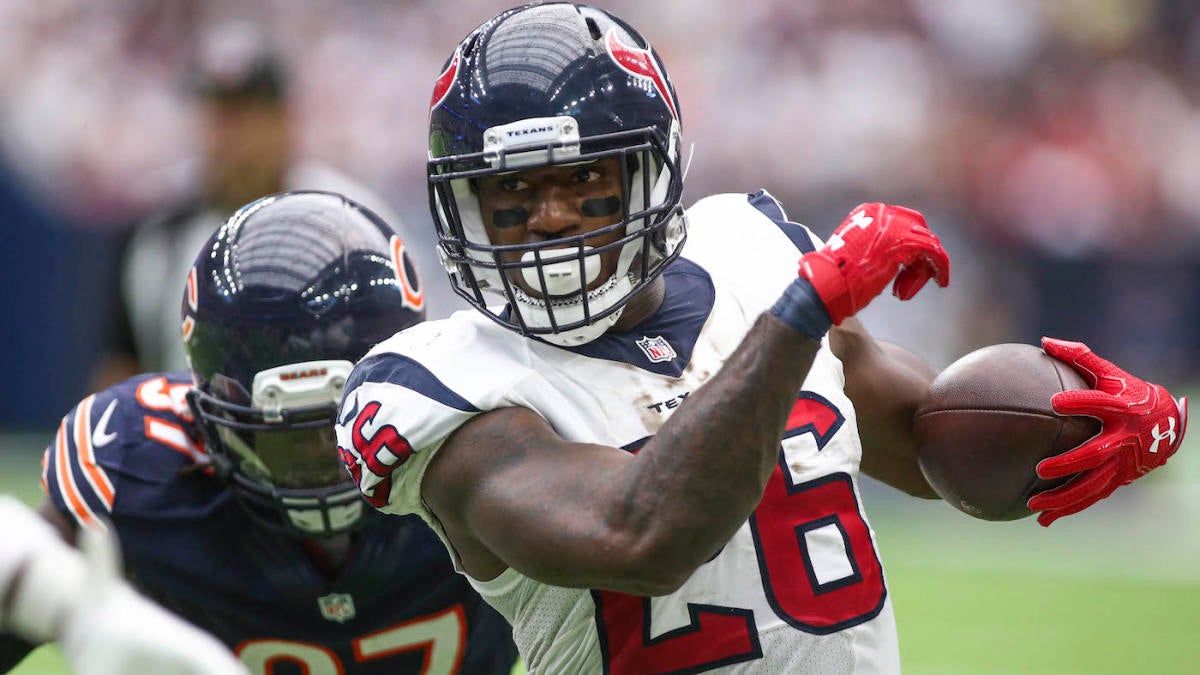 The Houston Texans got themselves a new No. 2 running back by landing Duke Johnson from the Cleveland Browns ahead of Thursday night’s preseason opener, but is that all Johnson is?

As long as Lamar Miller is in the fold, well, that’s all he probably should be. The former Miami Dolphins starter, who’s handled the bulk of Houston’s carries for the last three seasons, might be the least-hyped two-time 1,000-yard rusher of his generation, but he’s still the guy behind Deshaun Watson — a solid and reliable, if unspectacular, lead rusher.

The key question though, with Johnson now aboard, is how long Miller will remain in the fold. The 28-year-old is set to become a free agent after this season, whereas Johnson is under contract through 2021.

The compensation involved in the Texans’ trade with Cleveland on Thursday would seem to suggest Bill O’Brien and Co. value Johnson as a whole lot more than a backup rental. But with reports indicating O’Brien himself agreed to send a fourth-rounder — which can turn into a third — in absence of an official Texans general manager, it’s more likely Johnson’s steep price tag was simply the result of Browns GM John Dorsey swindling a guy rarely at the negotiating table.

But even so, it’s fair to wonder if Johnson’s arrival effectively spells the end of Miller’s tenure with the Texans. Houston wouldn’t have dealt for Johnson at all, let alone surrendered a premium pick, if it didn’t plan to involve him in the offense, especially in a system increasingly centered on Watson’s passing game. But even if Miller were to unleash a Pro Bowl season with Johnson cutting into his playing time, he’d likely only command a bigger salary as a 2020 free agent. And Houston is already entering this season with $12.8 million committed to the RB position — the fourth-largest total of any team in the NFL.

Money talks in this business, and Johnson has a team-friendly deal, with a 2020 cap hit of just $4.1 million, that runs for three more seasons. Miller is about to hit the open market as he approaches his 30s. You do the math.

Now, none of this is to suggest Johnson deserves a starting gig or will even get one all to himself should Miller walk after a fourth and final year in Houston. For all his prowess as a Browns pass catcher, Johnson has never topped even 400 rushing yards in a season, peaking at 104 carries during his rookie year in Cleveland. The point remains the same, though: The Texans could just as easily pair a mid- to late-round rookie with Johnson and still save money, taking a route similar to what the Chicago Bears did this offseason, retaining their pass-catching threat (Tarik Cohen) and shedding their veteran “workhorse” (Jordan Howard) for a younger, cheaper alternative (David Montgomery).