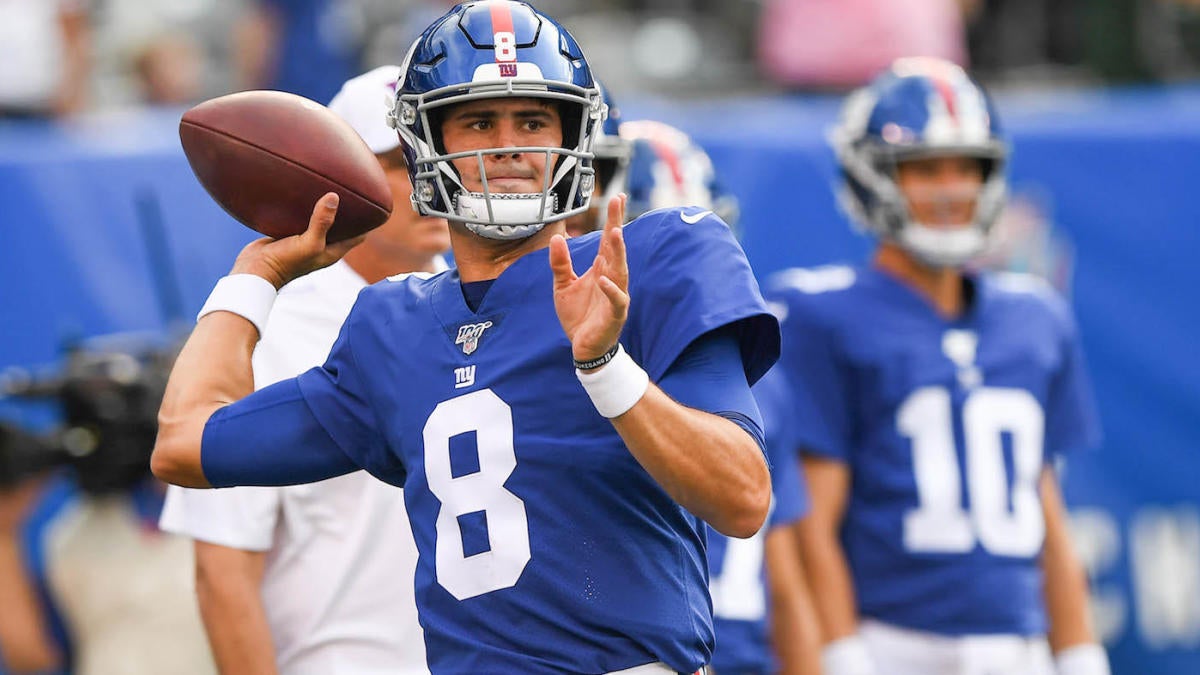 Even if it’s just for a moment, Giants quarterback Daniel Jones silenced the naysayers with his opening drive of the preseason. After Eli Manning got the start and went three-and-out, the sixth overall pick of the 2019 NFL Draft took the field and marched New York down the field for their first points of the exhibition season.

On the drive, Jones was extremely sharp, completing all five of his throws for 67 yards and that score. The 12-yard touchdown pass was a perfectly placed ball that dropped in the arms of Bennie Fowler in the back corner of the end zone.

It may be a new era in New York.

On the other side of the field, second-year quarterback Sam Darnold turned in an equally strong opening drive, completing 4-of-5 for 68 yards and a touchdown.

Taking Jones with the sixth overall pick in the 2019 NFL Draft was a divisive move by the Giants, to say the least. Many thought the Duke product was a reach that high in the first round, especially when the Giants also owned the 17th overall pick. If the Jones we saw on the first drive of his career is anything like the finished product, the collective opinion of that draft pick will certainly be much different than it was in April.