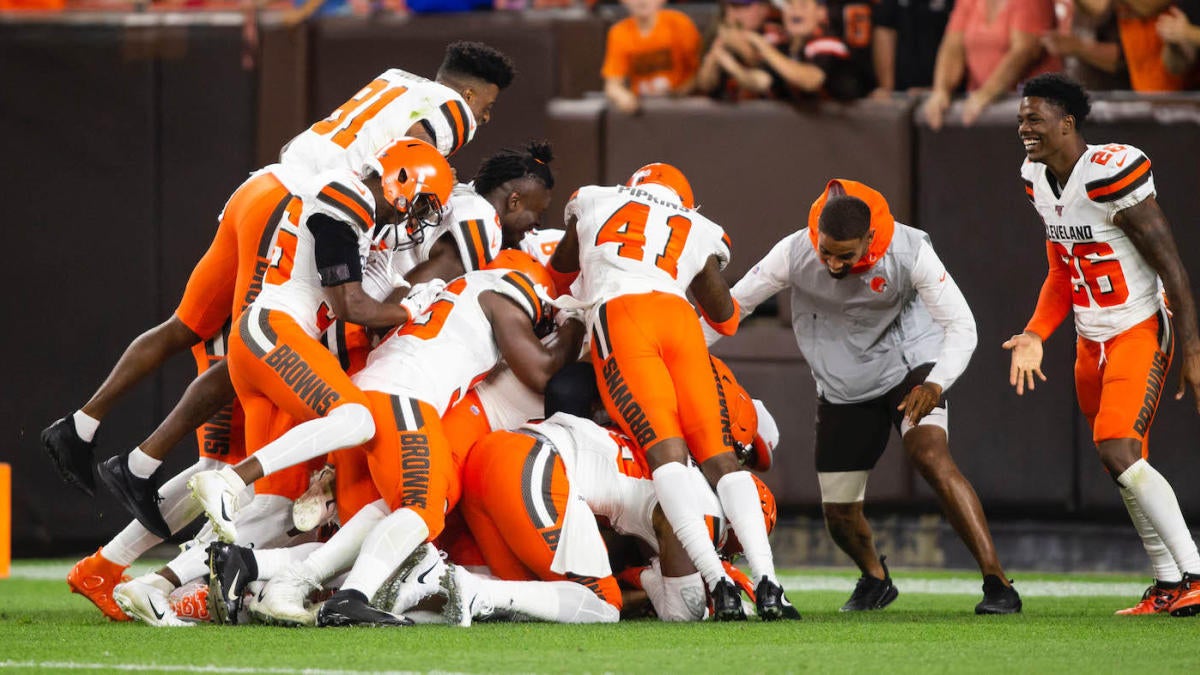 Don’t feel bad if you don’t know who Damon Sheehy-Guiseppi is. Before landing with the Cleveland Browns in rather improbable fashion this offseason, the receiver/return man hadn’t played organized football since 2016.

Now, he’s taking punts 86 yards to the house in the final minutes of Cleveland’s preseason opener, but that didn’t come before having to lie his way into a workout to get on the Browns’ radar and sleeping outside on a patch of grass in Miami, Florida back in April.

The former Phoenix College standout’s dreams of reaching the NFL were dwindling, but sparked back up this offseason after hearing about an impromptu gathering in Miami that Browns vice president of player personnel Alonzo Highsmith would be attending. Sheehy-Guiseppi convinced the person in charge of the tryout that he was supposed to be there (even though he wasn’t) and then walked over to Highsmith to introduce himself.

It was at that tryout where Sheehy-Guiseppi opened eyes by running a 4.38 40-yard dash.

“He had an excellent workout,” Highsmith said, via ClevelandBrowns.com. “Caught punts well, ran fast. I called (Browns assistant general manager) Eliot (Wolf) and I said, ‘Hey, this kid Damon Sheehy, man he ran fast.’ He goes, ‘Really?’ I said, ‘Yeah, he caught the ball well, I’m thinking we should bring him up.’ And then I was like, well, maybe we’ll wait, but then I thought about it and Eliot goes, ‘Well, let’s just bring him in now.'”

A week later, Sheehy-Guiseppi was offered an invite for another workout. In that time between the offer and the workout, he slept on the street and used his last $200 to prepare at NFL combine trainer Pete Bommarito’s facility in Miami.

Fast-forward to Thursday night, Sheehy-Guiseppi, who wasn’t even listed on the Browns’ depth chart entering the contest, was able to take a punt 86 yards for a touchdown against the Redskins and was met by the entire roster in the end zone.

It sounds like the makings of a Hollywood movie, but Sheehy-Guiseppi is hoping to make enough buzz that his NFL dreams become very real.