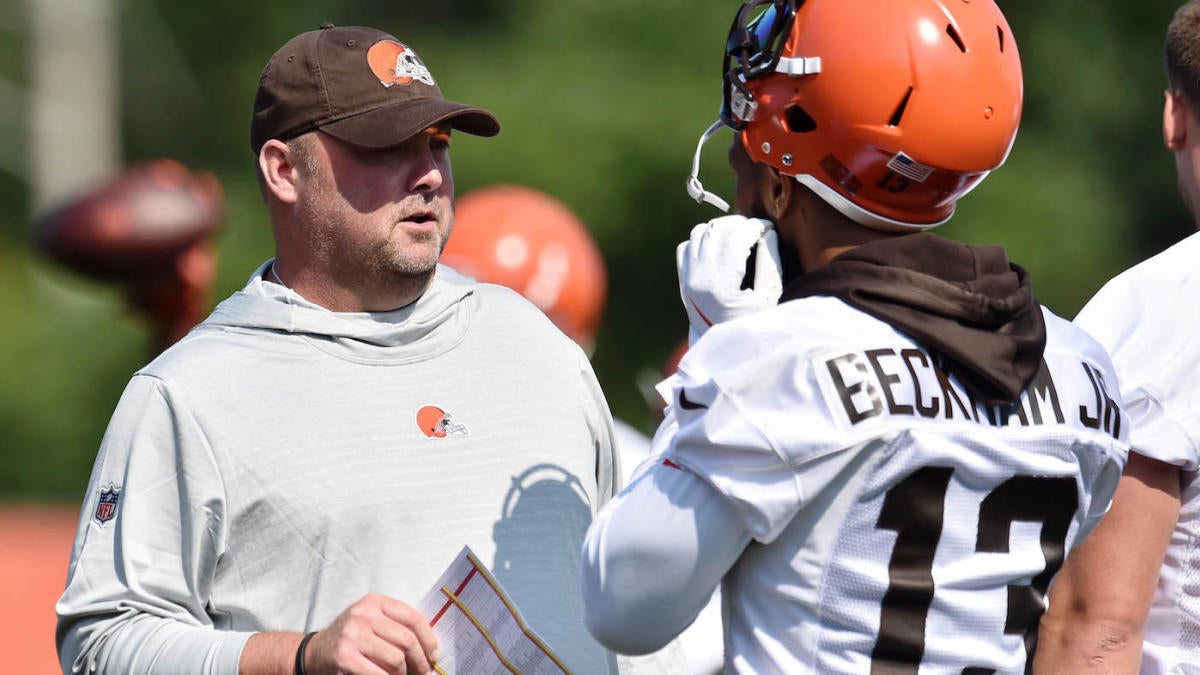 Hope isn’t foreign to the Cleveland Browns as the organization boasts some of the most diehard followers in the entire NFL. What is new to the franchise is expectation.

After going 7-8-1 in 2018 (which included winning five of their last seven games), seemingly finding their franchise quarterback in Baker Mayfleid and adding pieces like Odell Beckham Jr. around him, the Browns are looked at as a legit threat in the AFC in 2019.

As they get together for training camp and the preseason, players will be battling it out to try and be a part of the turnaround. That leads us to take a deeper dive into how the roster is shaping out in Cleveland.

Check below for updates on everything depth chart related for the Browns throughout the preseason as we track all the key battles that will affect the team’s outlook in 2019.

This offense is pretty set at the quarterback and skill positions, but where there is some competition for a starting spot comes at right guard. The Browns invested a 2018 second round pick in Austin Corbett, so they’d likely give him every opportunity to grab ahold of that job, but veteran Eric Kush has been seeing some first team reps at right guard and really making a push to be the starter. Former Browns great and current NFL analyst Joe Thomas even noted recently that Kush, who is currently labeled as the backup center on Cleveland’s unofficial depth chart, was outplaying Corbett.

Defensively, the biggest battle to watch for the starters surrounds the cornerback spot opposite of Denzel Ward. Rookie Greedy Williams is looked at as a strong candidate to secure it by the end of the summer, but Terrance Mitchell has seen plenty of reps with the first-team. Mitchell played well during his first season with the Browns in 2018 before suffering a broken forearm that sent him to IR. Now, it appears like he’s picking up where he left off, which only makes Cleveland’s secondary even deeper heading into the preseason.

After taking Austin Seibert in the fifth round of the 2019 NFL Draft, incumbent kicker Greg Joseph knew that there was going to be a battle this summer. Both have been a bit inconsistent over the course of the offseason workout program and in the early goings of training camp, which likely means that this is a battle that could come down to the wire.

As for the punter situation, Jamie Gillan, nicknamed “The Scottish Hammer,” has a booming leg that appears primed to threaten veteran Britton Colquitt out of the spot that he’s owned for the past three seasons.