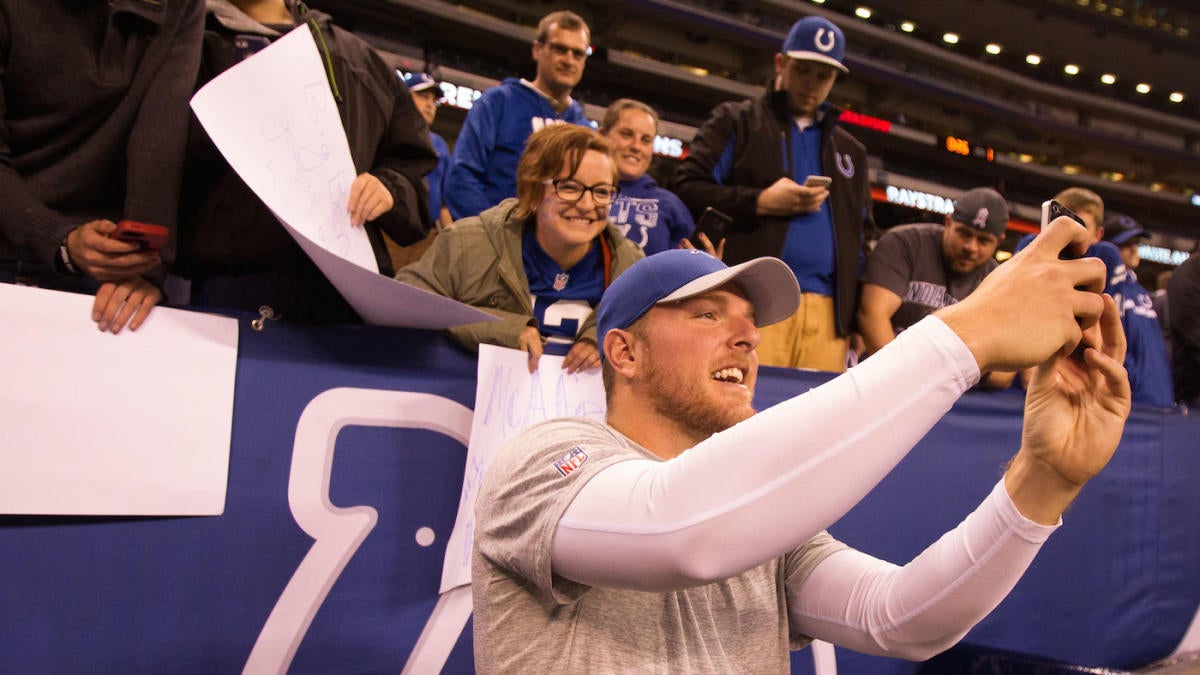 If there’s one thing the Bears haven’t tried to hide this offseason, it’s the fact that they’re desperate to find a kicker.

Ever since Cody Parkey’s double-doink miss in the NFC playoffs last season, the Bears have been searching far and wide to find someone to replace him. The team was so desperate that they brought in nine kickers for a tryout back in May.

After that plan didn’t pan out, the Bears went to plan B: They brought in a player for a tryout who had been retired for two years, even though that player had never attempted a professional field goal in his life. The player was former Colts punter McAfee, and apparently, his meeting with the Bears took place just before training camp started in July.

During a recent interview on The Rich Eisen Show, McAfee, who retired after the 2016 NFL season, gave some details about his tryout.

“I thought I was going to go back, kick some balls, place kick for a team,” McAfee said, via NBC Sports Chicago. “I went through a full couple months training and then I went and did a stress test for the team — basically kicking a bunch, kicking and punting off a bunch.”

According to McAfee, the tryout actually went well, but there was one small thing that kept him from potentially signing with the Bears.

“I was hitting the ball well, it felt good. And as soon as I got on the plane (back to Indianapolis), my knee started to swell up,” McAfee said, via The Hollywood Reporter. “It was a nice moment of closure for me. Mentally, I may have wanted to do it, but the body said, ‘No sir. You are talking into microphones now. We are not kicking balls anymore.'”

At first McAfee didn’t want to reveal the team that he had tried out for, but then he dropped a few hints that gave it away.

“I refuse to say the name of the team because I don’t want to give it up, but it’s the third largest city in America who had a little bit of a kicking situation,” McAfee told Eisen. “A little doink-doink and their kicking consultant was my kicking coach back in the day and asked me if I ever thought about place kicking.”

Although McAfee never attempted a field goal in the NFL, he did kick plenty of them in college. During his career at West Virginia, McAfee hit 58 of 79 career field goals while serving as the Mountaineers’ kicker and punter. McAfee’s best season as a kicker came in his senior year when he hit 85 percent of his field goals (17 of 20). Despite those numbers, McAfee ended up being drafted by the Colts as a punter in 2009 and that’s when he ended up doing for his entire eight-year career (2009-2016).

Before his tryout with the Bears, McAfee had been using social media to show off his kicking skills.

Although McAfee won’t be the Bears’ kicker this year, that’s probably for the best, and that’s because he’s got plenty of other jobs to worry about. Not only will the former Colts punter be in the announcer’s booth for the Bears’ kicking competition Thursday night college games on ESPN, but he’ll also be hosting a daily radio show on Westwood One and DAZN.

As for the Bears’ kicking competition, that’s now down to Eddy Pineiro and Elliott Fry. For more on the kicking battle, and their roster in general, be sure to click here.