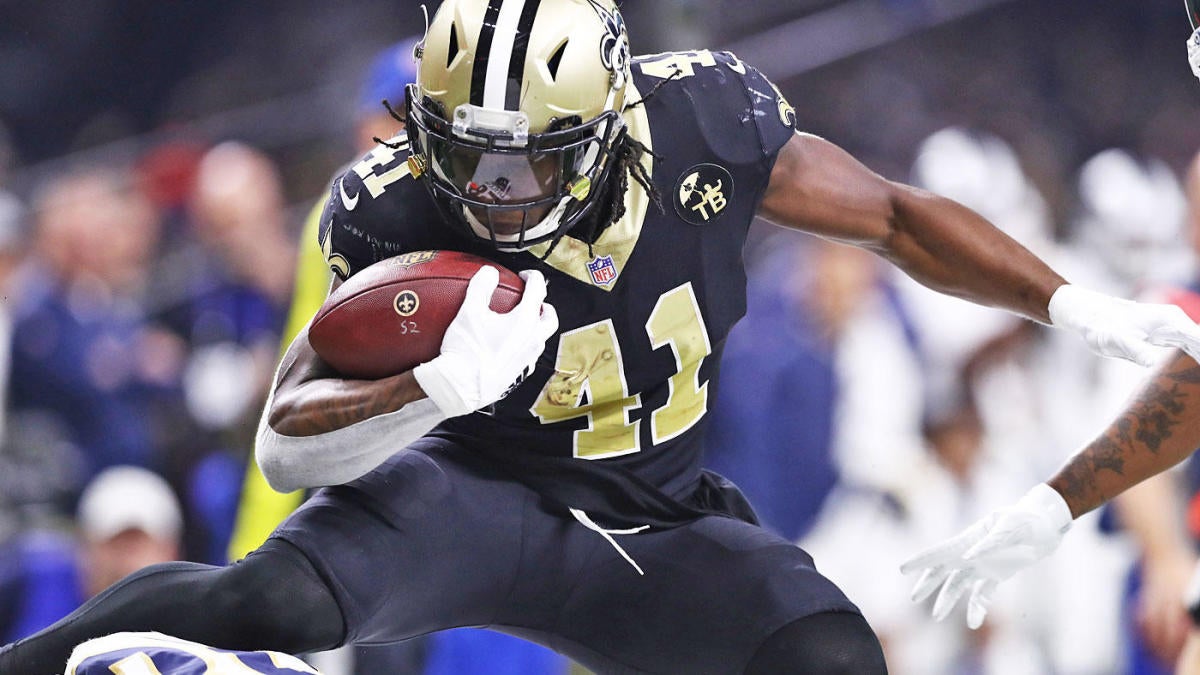 If New Orleans Saints head coach Sean Payton has it his way, Alvin Kamara won’t have a much better role in the offense as everyone expects. Payton admitted to Saints media members Wednesday he doesn’t expect to increase the percentage of Kamara’s snaps now that Mark Ingram is off with the Baltimore Ravens.

“It will be similar to what we’ve been seeing,” Payton said, via Mike Tripplett of ESPN. “We’ve been pleased with the balance we’ve had with him. We think it’s been a good count.”

Since Payton has no plans to wear down Kamara in year three with Ingram gone, the Saints rushed to replace Ingram with Latavius Murray, signing him to a four-year deal. Ingram averaged 29.2 snaps per game last season, which could be the role set up for Murray to shine.

Having Murray on the field allows the Saints to have defenses guess with the two-back system, opening up Kamara in the passing game and keeping his body fresh throughout the 16-game season. Kamara has missed just one game in his two NFL seasons, which was Week 17 of last year when the Saints clinched home-field advantage throughout the NFC playoffs.

Keeping Kamara fresh is the long-term goal, but that also allows Murray to have a greater role in the offense as the power back that is expected to receive the bulk of the carries. Murray has fresh legs after splitting carries in his two years with the Minnesota Vikings, having 216 carries (13.5 per game) in 2017 and 140 carries (8.75 a game) in 2018, not missing a game.

How does this compare to Ingram’s workload since Kamara arrived? Ingram had 230 carries (14.3 a game) in 2017 and 138 carries (11.5 per game) in 2018. Interestingly enough, Ingram had 368 carries over the last two seasons while Murray had 356 (and Ingram played four fewer games). Keep in mind Murray and Ingram are the same age, but Murray has played three fewer seasons in the NFL.

The Saints can plug Murray into the Ingram role in an attempt to keep Kamara fresh heading into the postseason and utilize his ability in the passing game, freeing up the other receivers down the field and giving opposing defenses more to worry about.

Murray appears to have an expended role to make Kamara more effective. The Saints want to get Kamara back toward the 6.1 yards per carry he averaged his rookie season instead of the 4.6 he had his sophomore campaign.

Fantasy Football Spin: CBS Sports Fantasy Insider Heath Cummings named Murray as one of his favorite mid-to-late round targets in drafts. Cummings also believes Murray is one of the top players to target for those fantasy football enthusiasts utilizing the “zero-RB” strategy:

“It’s kind of weird to think that Mark Ingram was a fourth or fifth-round pick in this same role and now we see Murray available in the eighth,” Cummings wrote. “I don’t believe Murray has the same talent as Ingram, especially in the passing game, but he may be a better fit for a short-yardage role. Murray has double-digit touchdown upside even if Kamara plays 16 games, but he’d become a borderline No. 1 back if Kamara were to miss time.”

Murray signed a four-year, $14.4 million contract with the Saints earlier this offseason.