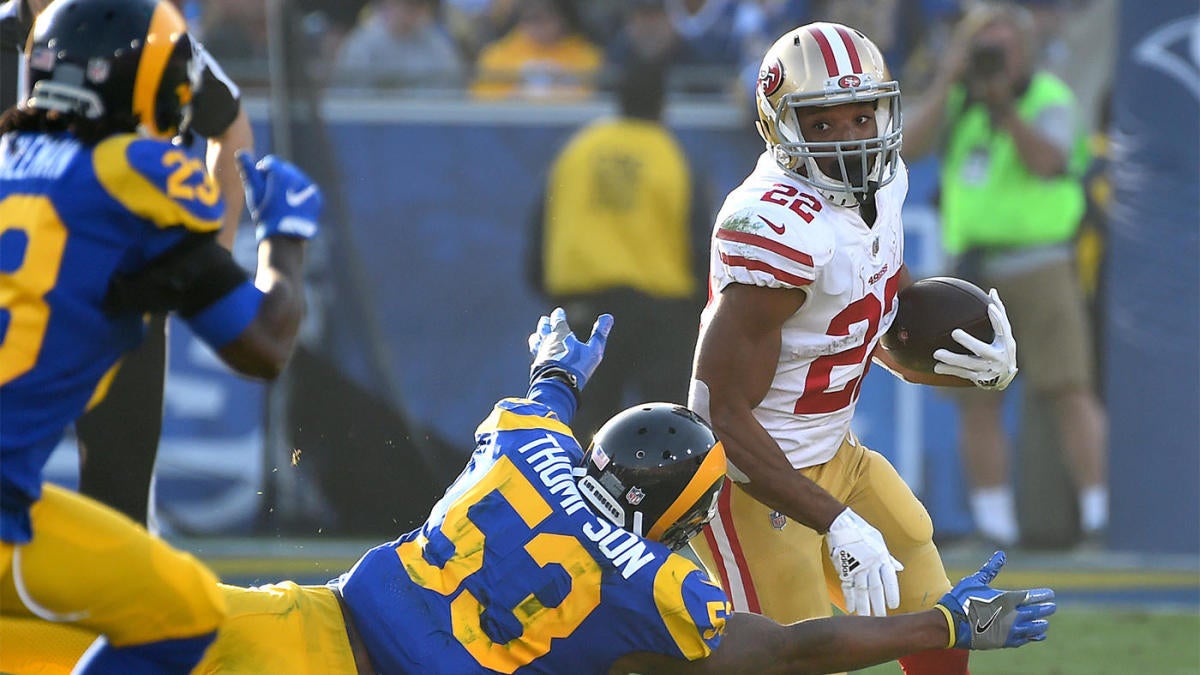 Just two days after returning to the football field from a vigorous ACL rehab, San Francisco 49ers running back Jerick McKinnon is back to watching practice from the sidelines. 49ers head coach Kyle Shanahan announced McKinnon’s knee was not feeling good after two practices.

McKinnon will receive a platelet-rich plasma (PRP) treatment, per Matt Maiocco of NBC Sports Bay Area. The 49ers will rest him for two weeks before trying to prepare him for Week 1 of the regular season. The 49ers open the season against the Tampa Bay Buccaneers on September 8.

This is a setback for McKinnon, who was practicing without a knee brace 11 months after tearing his ACL just days prior to the 2018 season opener. The 49ers signed McKinnon to a four-year, $30 million deal in March of 2018 with the expectation of making him their lead back after he played a lesser role over his four seasons with the Minnesota Vikings.

In his final season with the Vikings, McKinnon had a career-high 570 yards on 150 carries (3.8 yards per carry) along with 51 receptions for 422 yards and five touchdowns, despite starting only one game. He also had his first career 100-yard rushing game in December of that year. McKinnon has 474 carries for 1,918 yards (4.3 yards per carry) and seven touchdowns, along with 984 yards receiving and five touchdowns.

The 49ers, fortunately, have options in McKinnon’s absence, even though he was expected to play a large role in their offense. Matt Breida is coming off a breakout season after joining the 49ers as an undrafted rookie out of Georgia Southern in 2017. After rushing for 465 yards and two touchdowns as a rookie, Breida took over for McKinnon in 2018 and rushed for 814 yards on 153 carries (5.3 average) with 27 catches for 261 yards and two receiving touchdowns while splitting carries at various times with Alfred Morris, Raheem Mostert and Jeff Wilson. Breida fought through a nagging ankle injury for much of the season and would have likely broken the 1,000-yard mark had he stayed healthy.

McKinnon was battling for playing time in the running back-by-committee with Breida and Coleman, who will now share a significant amount of carries in the 49ers backfield. Mostert will be a top candidate to take over the McKinnon’s role while he’s out.