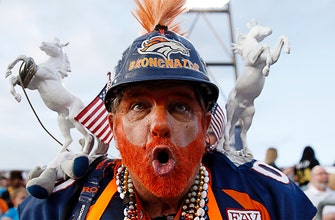 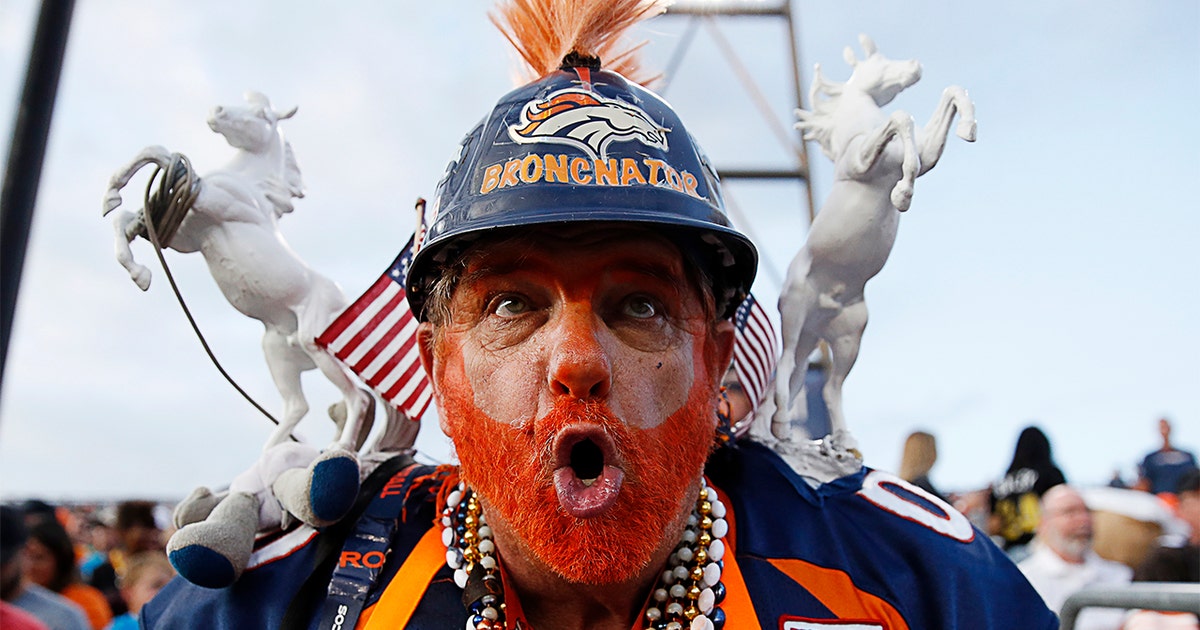 We are a month out from the start of the National Football League season, and let’s be frank — you can do a lot in a month. You can learn a language, pick up a new hobby, get in better shape, or even renovate a vintage vehicle, if you are so minded and know how.

Or, if you are Tom Wishart of Chicago (or indeed millions of others), you can just get ready for the new football season.

“It starts for me on Aug. 1,” Wishart, a 53-year-old lifelong Bears fan, told me. “I get the jerseys out, I get the schedule out, I’m looking at fantasy, and I’m planning which games to go to. I am getting my mind ready for football. Because, well, that’s just what I do.”

He’s not alone. Even with summer still broiling along nicely in most parts of the country, our sporting souls are already indulging in the obsession that is NFL season. Every day last week, two words which should in theory be among the most boring in the English language – “training camp” – were among the top most-discussed terms on social media, the surest sign of how football mad we are.

When you trade the shoes off your feet and the gloves off your hands for a service member’s military jacket.

There are no real games yet, with even preseason only now getting underway, but America can’t get enough of football — and the appetite is only growing. They used to say the NFL is so powerful it owns an entire day of the week. Forget that; it has now gotten its claws into the dog days of summer, too.

And no one is complaining.

The reasoning behind the NFL’s fan appeal is the ultimate multi-billion dollar question of modern sports, one that other leagues would love to crack and emulate. In search of actual answers, I figured a good place to start was with a man who played pro football, then went on to study the specifics of human nature.

Robert Turner II spent time in the USFL, CFL and a brief stint with the San Francisco 49ers in the early 1980s, before earning a Ph.D. in sociology. He is now an assistant professor in the Department of Clinical Research and Leadership at George Washington University’s medical school, and he authored a book examining America’s complex relationship with football: “Not For Long: The Life and Career of the NFL Athlete.”

So why is it, I asked Dr. Turner, that the gridiron has such a stranglehold on the sports culture of an entire nation?

“Football is sowed into the psyche of America,” Turner told me in a telephone conversation. “There are deep, historical seeds.

“A big part of it is the connection. People feel a tremendous sense of ownership. It is ingrained in the language. ‘Our’ team. ‘Our’ player.

“People tie their identity to football like nothing else. Baseball and basketball and hockey play a gazillion games. Football, you get to say your identity is wrapped up in it but my participation is very short.For 16 weeks a fan can put on a hat or a jersey and wear it every day. The hardcore fans structure their whole life around it: their church, their dinnertime, their family relationships. It is sustainable for that period of time.”

Turner pointed out that the popularity of college and high school football is also a key factor, with supporters tending to follow players with whom they had some link, such as sharing an alma mater.

You got a good one, Arizona. 👏@OU_Football‘s Kyler Murray was a CHEAT CODE in college. #NFLDraft pic.twitter.com/VS07QMUcWr

That sense of identifying with a team is paramount to the league’s popularity — and it influences its players, too. Former NFL cornerback turned professional writer Domonique Foxworth detailed his love for the game in a column for the Undefeated in 2016, stating that the true team nature of football promotes a higher level of fandom and affinity. While NBA fans tend to often gravitate towards individual stars, there is less ability for a single man to influence an NFL game so completely.

“Football is a one-of-a-kind sport,” Foxworth wrote. “It is the epitome of a team sport. So much so, I feel like it should be in a different category from other popular team sports.

“There is no other sport that requires such a high level of specialization, coordination and dependency.”

For a fan, there is also an ease of access to football, as the game can be enjoyed on a number of levels. There are those who fully embrace the tactical chess match, others who revel in the drama and some who get a kick, let’s face it, out of the brutal and inherently violent physicality.

The @packers‘ bike tradition is amazing, especially when other teams get to be part of it! @HoustonTexans #DreamDrive #NFLTrainingCamp 🚲 pic.twitter.com/wuhGEahYIq

According to Turner, the patriotic pageantry brought in under then-commissioner Pete Rozelle decades ago in a bid to boost interest continues to have an effect. Indeed, not many sports can boast its country’s name as part of its own.

“This is truly ‘American’ football,” Turner added. “Rozelle realized years ago that because of helmets and so on it was hard to connect with the athletes, and he looked for a real hook in terms of branding the game.

“So they draped it in patriotism. They put the flag all over it. There was no other sport that did that. The NFL started that, because they realized they needed to establish the game in a way as to connect with Americans. That’s what put football in the psyche of Americans. And now, to millions of people, football is as American as driving a Chevrolet or supporting wheat farmers in Iowa.”

Fans show their allegiance in different ways but across the country, preparations are already underway for Week 1. San Diego site manager Christian Jiminez refused to abandon the Chargers when the team abandoned his city. Every home game during the season, he will drive to Dignity Health Sports Park in Carson, CA., to support the now Los Angeles Chargers.

After a devastating storage fire, Magnolia HS was left without any equipment just one month before their season…

“My family and my employer know that when it is football time, that takes over,” Jiminez said. “Forget about trying to get me to do something else on a Sunday during the season. Many years ago, a lady I was dating said football involves a lot of waiting. But for me, the longest wait of all is the one before the new season starts.”

The months since the Chargers were bounced from the playoffs have been long enough that when preseason begins for his team on Thursday, Jiminez is contemplating making the six-hour drive to Arizona to watch his team play the Cardinals. “That’s how much I’ve missed football,” he said.

The wait…is nearly over.