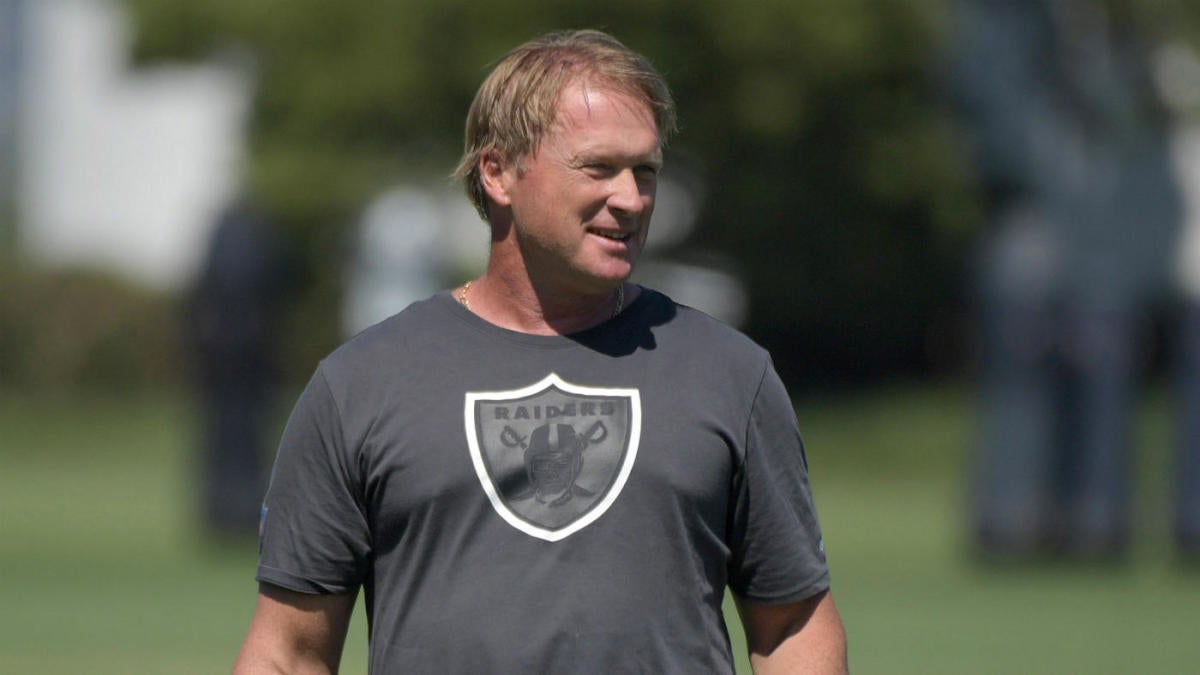 The 2019 season of HBO’s “Hard Knocks” premiered Tuesday night, with the focus this year being on the Oakland Raiders. “Hard Knocks” has long been one of my favorite annual television shows, both for the behind-the-scenes looks and access it provides to NFL teams, but also because it serves as a landmark in the sports calendar.

Also, the reaction to the first episode is predictable. I wish there were a sportsbook that offered odds on how it will be received.

Nothing happens during the first week of training camp.

The episode’s purpose is to set the narrative and introduce you to players it’s going to follow. Sure, you’ll see some cute moments between players and their kids, and you’ll get Johnathan Abram and Clelin Ferrell holding hands while riding horses, but other than those moments, the first episode is going to be boring because barring something incredible happening, there’s not much to work with.

When the biggest story of the Raiders first week of camp is Antonio Brown’s nasty-ass feet, there’s not going to be a lot to work with, all right?

Now let’s get to tonight’s picks. All odds are via William Hill.

The Brewers are a different team on the road. While they’re 33-24 at Miller Park, outside of it they’ve gone 26-32. At home, the Brewers offense has a wOBA of .336. On the road, it’s .311. So when I see them favored on the road against a divisional opponent, I already see an opportunity to take advantage. That advantage is even greater when Milwaukee’s starting pitcher is the newly acquired Drew Pomeranz. The Giants decided to keep all their best trade assets this summer and make a run for a wild card, yet they felt fine parting ways with Pomeranz. That should tell you what you need to know, but in case it doesn’t, Pomeranz has an ERA of 6.10, has a walk rate 21 percent above league average, and allows home runs at a rate 57 percent above league average. Take the home ‘dog.

2. Philadelphia Phillies at Arizona Diamondbacks: Over 9

If you look at the ERAs of the starters in this matchup, you see that Arizona’s Zac Gallen is at 2.72 while Philly’s Jason Vargas is at 3.61. Those aren’t bad at all! But when you dig deeper, and you see they have respective xFIPs of 4.46 and 5.04, you get a better idea of how they’ve performed. Gallen gets a lot of strikeouts, but he walks too many batters, while Vargas doesn’t get many strikeouts at all, and walks a few too many batters himself. Take advantage of a total that’s set about a run too low.

The Liberty move quickly on offense but have one of the least efficient offenses in the WNBA this season, ranking 10th of 12 teams. They aren’t much better defensively, either, as they rank last in efficiency, leaving them with the WNBA’s 11th-worst net rating of -7.4. They’re facing a Sky team that moves even quicker, but is better both offensively and defensively, but I’m not a big fan of the Sky being 8-point favorites here. It’s a little too large to trust. I do like the under, however, because I don’t trust the Liberty to hold up their end of the bargain offensively. So while you can go with the Sky -8, or even parlay the Sky and the under if you’re feeling frisky, I’m a lot more comfortable projecting this total to stay under.