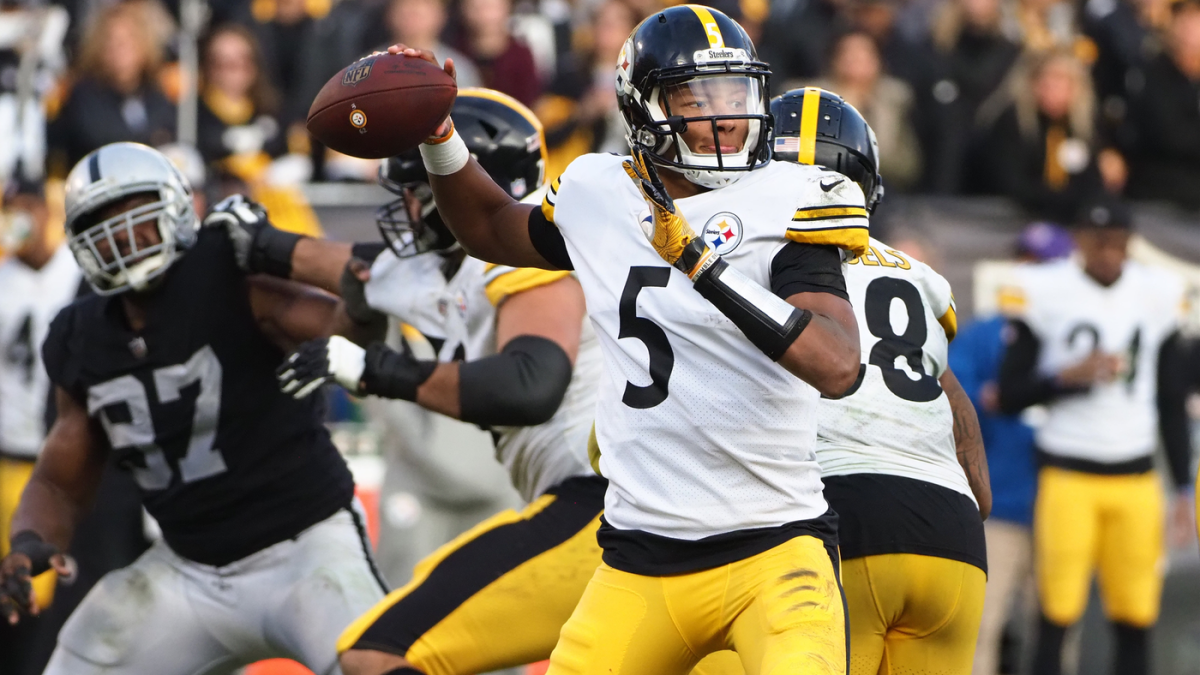 Tomlin added that Mason Rudolph, who is competing with Dobbs to be the Steelers’ No. 2 quarterback this season, will also see playing time on Friday. Dobbs is ranked ahead of Rudolph on Pittsburgh’s first training camp depth chart. Ben Roethlisberger, as expected, will not play Friday night.

Dobbs, a fourth-round pick in the 2017 draft, was the Steelers’ No. 2 quarterback throughout the 2018 season. He beat out longtime Pittsburgh backup Landry Jones for the job last preseason despite a strong showing by Jones, who is currently not on an NFL roster.

Pittsburgh’s No. 3 quarterback throughout his rookie season, Dobbs saw his first regular season action during Week 9 of the 2018 regular season, entering Pittsburgh’s road game against Baltimore after Roethlisberger got the wind knocked out of him. With the Steelers ahead by seven and facing a second and 20 from their own 5-yard line, Dobbs — on his first career regular season pass — completed a 22-yard pass to JuJu Smith-Schuster that set up a Chris Boswell field goal. With Dobbs’ help, Pittsburgh left Baltimore with a 23-16 victory.

Dobbs and the Steelers weren’t as fortunate three weeks later in Oakland, completing just 4-of-9 pass attempts for 24 yards and an interception in Pittsburgh’s upset loss to the Raiders.

Rudolph, the 76th overall pick in the 2018 draft, put up prolific numbers during his time at Oklahoma State. In four seasons with the Cowboys, the 6-foot-5, 230-pound quarterback completed 63.2 percent of his passes for 13,618 yards and 92 touchdowns with just 26 interceptions. Rudolph, unlike Dobbs, was not in the running to replace Jones as Pittsburgh’s No. 2 quarterback last season. Instead, Rudolph was inactive on Sundays while learning the nuances of the Steelers’ offense during the week with offensive coordinator Randy Fichtner.

Pittsburgh’s handling of Rudolph appears to be paying off, as Rudolph has enjoyed a strong camp heading into the Friday’s preseason game.

“I’m having much more fun,” Rudolph said earlier this week, per the Pittsburgh Post-Gazette. “It’s coming so much more naturally. The game has slowed down. I’m just ready to play. I’m ready to play someone in another uniform. Go out there have fun and let it rip.”

Rudolph’s favorite target at Oklahoma State was receiver James Washington, Pittsburgh’s second round pick in the ’18 draft. Expect Rudolph to look early and often to Washington when the duo is on the field together this preseason.

With Roethlisberger signed through the 2021 season, Pittsburgh is hoping that either Dobbs or Rudolph will reinforce the notion that the team’s next franchise quarterback is currently on their roster during the upcoming preseason.