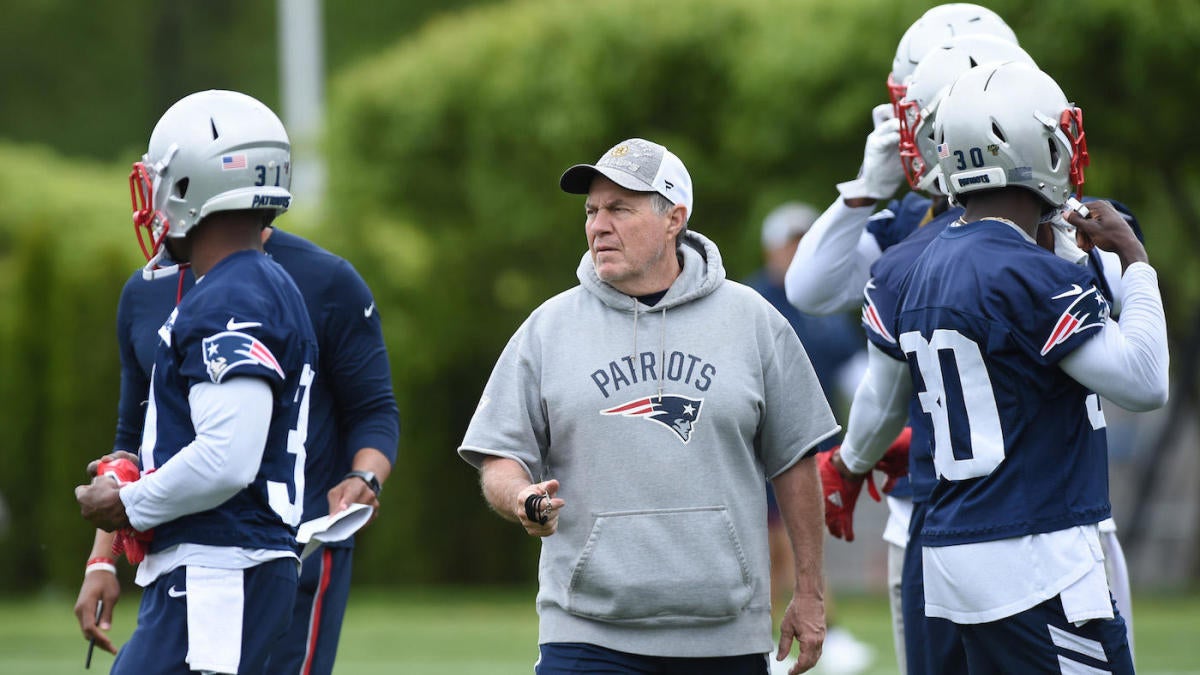 Tom Brady, Bill Belichick and the rest of the Patriots cast will be quick to tell you that their favorite Super Bowl ring is “the next one.” As the reining Super Bowl champs get back to work during training camp and the preseason, they’ll be constructing and battling for spots on what they hope is another banner roster.

Given that a solid majority of the Super Bowl winning roster is back in 2019, there aren’t many battles going on in Foxborough, but New England does have some spots along the depth chart that folks would be wise to keep an eye on this summer.

Check below for updates on everything depth chart related for the Patriots throughout the preseason as we track all the key battles that will affect the team’s outlook in 2019.

As far as the starting lineup is concerned, the biggest question surrounds the left tackle position. With Trent Brown now in Oakland, all eyes are on 2018 first round pick Isaiah Wynn. The former Georgia Bulldog missed all of his rookie season after suffering a torn Achilles in the preseason. If healthy and able to catch up to speed, the Patriots would likely give Wynn the opportunity to block Tom Brady’s blindside. If he can’t, Dan Skipper could slot into that role or New England could dip their toes in the trade market and give a call to the Washington Redskins to see if they can pry away Trent Williams.

Of course, the tight end position is one worth watching develop as the Patriots enter the post-Rob Gronkowski era. Benjamin Watson is the clear-cut starter, but the snag in that plan (at least for the first month) is that the veteran is set to serve a four-game suspension to start the year. Matt LaCosse will likely be TE1 by the time they kick off the season against the Steelers.

At receiver, Julian Edelman and 2019 first-round pick N’Keal Harry are the only true locks as this is a pretty open competition. Phillip Dorsett has a strong rapport with Tom Brady, which should give him the inside track at securing one of those roster spots. Undrafted receiver Jakobi Meyers out of NC State has also been opening eyes with his play throughout camp.

On defense, you’re pretty much getting a very similar group to the one that held the Los Angeles Rams to three points in Super Bowl LIII. The biggest offseason departure was Trey Flowers, but New England replaced him with Michael Bennett, who’ll have his starting spot.

Danny Shelton will take a backseat to free agent addition Mike Pennel, who’ll in all likelihood start alongside Lawrence Guy.

Given how deep the Pats are at linebacker, it’ll be curious to watch the battle between Elandon Roberts and second year linebacker Ja’Whaun Bentley for a starting spot. Before going down with a season-ending bicep injury, Bentley was flashing serious potential in 2018. If he proves to be the better option, the Patriots can clear a little over $2 million in salary cap space by letting go of Roberts.

No one is challenging Gostkowski for the starting kicker spot in New England, but punter Ryan Allen is arguably the Patriot who has the hottest seat in camp. The team traded up in the fifth round of the 2019 NFL Draft to select Stanford’s Jake Bailey, who has impressed thus far with his booming leg. The fact that Bailey also has experience on kickoffs could also be a reason for the Patriots to choose him over Allen.

The return situation will likely be fluid throughout the season with the Patriots, specifically on punts. Julian Edelman is far-and-away the best at it on the roster, but there’s also the question of exposing such a valuable weapon of Tom Brady’s to injury.