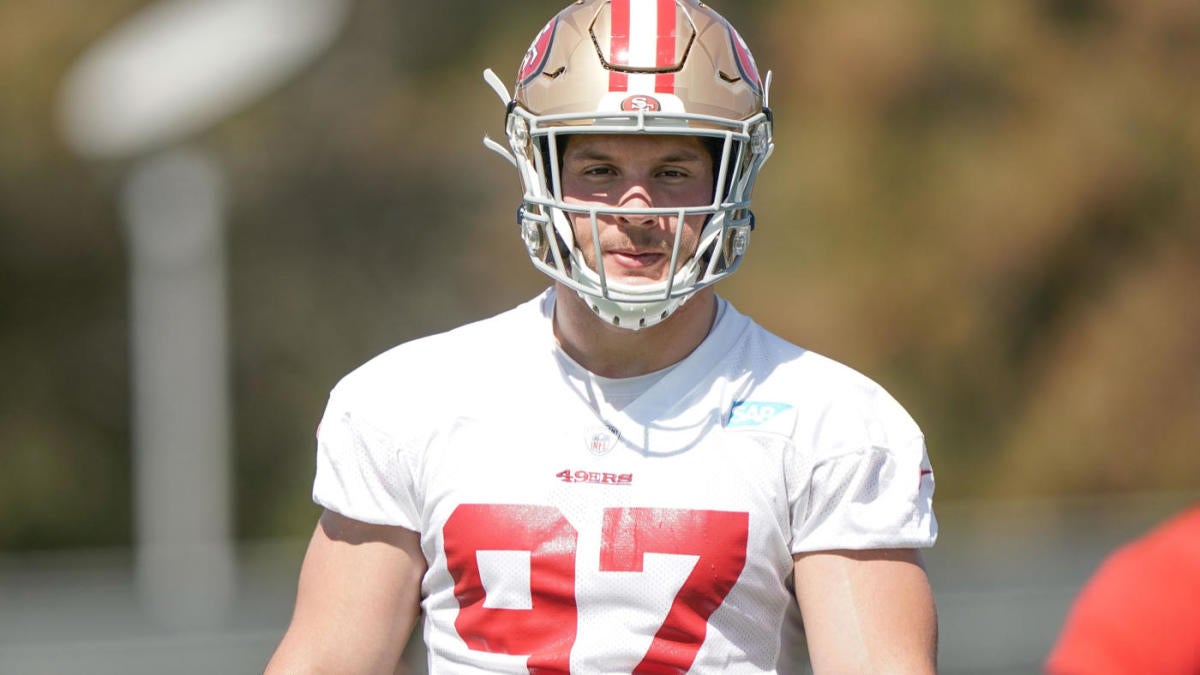 A dark cloud has stationed itself above San Francisco 49ers‘ practice.

The team is already dealing with a list of injuries on both offense and defense, but received good news recently when running back Jerick McKinnon was cleared to return to practice after a long rehabilitation stemming from a torn ACL he suffered ahead of the 2018 season opener — only months after signing a four-year, $30 million contract extension. He’ll be eased into his workload for obvious reasons, but there are now two more players the Niners will be cautious with.

Rookie second-overall pick Nick Bosa and speedy wide receiver Marquise Goodwin both left practice on Wednesday, with what looked to be potential lower body injuries to both, per Matt Barrows of The Athletic. Both were able to leave the field under their own power, and the training staff was seen evaluating the right leg of Bosa. Additionally, oft-injured former first-round pick Jason Verrett is also being looked at for a potential ankle injury. Verrett signed a one-year, $3.6 million deal with the Niners this offseason after an injury-riddled career with the Los Angeles Chargers that ended with a torn Achilles in 2018.

Defensive coordinator Robert Saleh doesn’t have anything formal from the medical staff on Bosa just yet, but hopes the injury is minor.

There is no additional word on the status of Goodwin at this time, but Bosa is set to receive an MRI.

Bosa underwent muscle core surgery in September 2018 that ended his career with the Ohio State Buckeyes, as he opted to withdraw from the university to enter the NFL Draft. His addition is key for a Niners team that hopes to create a dynamic pass rush tandem alongside newly-acquired defensive end Dee Ford, helping to forge a defense that veteran cornerback Richard Sherman believes has the making of a potential Legion of Boom — referencing the legendary Seattle Seahawks‘ defense he was a key part of before heading to San Fransisco in 2018. While the secondary works to flesh itself out against those massive expectations, they’ll need Bosa on the field to help make it all come together.

For Goodwin, who had a noticeable limp as he exited practice, training camp is all about proving he is still top dog in the Bay Area. Following a breakout 2017 season that saw him put his game-breaking speed on display en route to delivering a career-best 962 receiving yards, the turbo-equipped wideout slowed in 2018 — reeling in two more touchdowns but only 395 receiving yards and 602 fewer yards from scrimmage. Goodwin is entering the second year of a three-year, $20.3 million contract extension, and the Niners would love to see the former track star get back to his dominant 2017 ways.

A bad wheel would hamper his ability to do so, though, and they’re currently evaluating him to determine what the issue may be.

His degree of difficulty is increased by the Niners’ decision to select rookies Deebo Samuel and Jalen Hurd in the third and fourth rounds of the draft, respectively, and while neither has the pure track speed of Goodwin — who was also named fastest man in the NFL during a well-publicized offseason race — they both boast a sub-4.50 second 40-yard dash, and that’s nothing to sneeze at. The same goes for second-year receiver Richie James, who is champing at the bit for a chance to prove he can also take the top off of the defense, along with display versatility as a special teamer.

Don’t go pushing Goodwin out just yet, but any absence due to injury will open the door for others to challenge for his role.