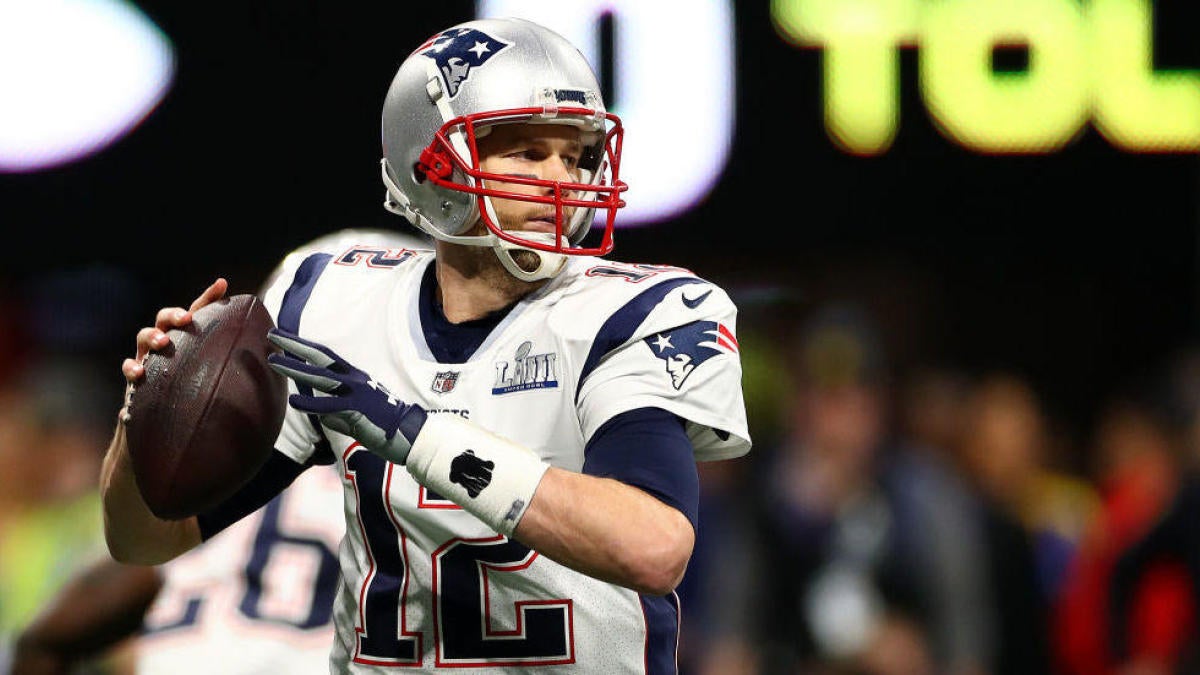 If you’re holding your breath waiting for Tom Brady to retire, you’ll suffocate.

Arguably, or maybe not so much, the best quarterback in the history of the NFL was selected in the sixth round of the 2000 NFL Draft by the New England Patriots — an afterthought at the moment as the league’s 199th-overall pick. Brady entered professional football four years before there was a such thing as Facebook and six years before Twitter existed, and back when Bill Clinton was President of the United States. The Nokia 3310 with a pull-up antenna and green backlit buttons was the best-selling phone in the world, and big screen televisions were mammoth creations that weighed as much as a small Volkswagen.

In the background of it all was a former Michigan QB who wasn’t the most athletic guy around, strapping on a Patriots’ helmet in Massachusetts with the hopes of simply surviving roster cutdowns at the position against the likes of John Friesz and Michael Bishop — with Drew Bledsoe being the definitive starter. Brady’s stat line for his rookie season included just six passing yards and one completion, and it was all he could do to keep grinding away to bide time with the hopes of getting a shot at showing what he was truly capable of.

That’s not all, by the way, and he’s still going.

If anyone understands how and why Brady continues to humiliate Father Time, it’s wide receiver Danny Amendola. The two played together in New England for five seasons before the latter took his talents to South Florida — signing with the Miami Dolphins in 2018. Amendola now takes up residence with the Detroit Lions, but the two Super Bowls he won with Brady at the helm will forever be the pinnacle of his NFL career, and he has a message for anyone watching the clock on Brady’s time in the league.

“He could play forever,” Amendola said following a joint practice between the Patriots and Lions on Wednesday, via MassLive.com. “Perhaps we should stop putting the deadline on it and just let him play. The guy is in great shape, great condition, obviously he can throw the ball really well. Cerebrally, he’s top notch, so I’m excited to see how far he wants to go and how long he wants to play.”

Just one day following the celebration of his 42 birthday, Brady signed a two-year extension with the Patriots worth $70 million that, in theory, locks him in through the 2021 season. There are caveats, though, because language in the contract states the final two years are considered “void years,” and when the league year opens in March 2020 the Patriots are not allowed to use the franchise tag on him. This will make Brady a free agent for the first time in his illustrious two-decade long career, and for those in the back who are confused, you’re not alone. Simply put, Brady gets an $8 million raise in 2019 but operates on a year-to-year basis from here on out, while the Patriots themselves get cap relief by virtue of the theoretical extension.

If he wants to play in 2020, a new contract will have to be negotiated.

Otherwise, there’s a chance he finishes his career elsewhere, which isn’t likely by any means, but certainly not impossible when you take a walk through NFL history. From Joe Montana to Brett Favre — and even Troy Aikman admitting he considered joining the Philadelphia Eagles before choosing instead to retire — there are several instances of Hall of Fame quarterbacks who make a move out of their want to keep playing, despite their current organization opting to go in a different direction.

“It’s a unique situation I’m in,” Brady said about the new contract, via Boston.com. “I’m [in the] 20th year with the same team and you know, 42 years old. Pretty much uncharted territory I think for everybody.”

Statistically, Brady shows no signs of slowing down on the heels of another championship season that saw him throw for 4,355 yards and 29 touchdowns to just 11 interceptions. His accuracy rate of 65.8 percent is actually higher than that of his 2015 season and he’s failed to complete a 16-game regular season just once in the last 10 years, plus he’s still one of the more durable players in the game — appearing in more games than some QBs in their 20s.

So as far as when he’ll decide to finally call it a career? Nobody knows, but Amendola says waiting for it is a lost cause.

By all accounts, and much to the chagrin of the other 31 teams, Amendola is absolutely correct.