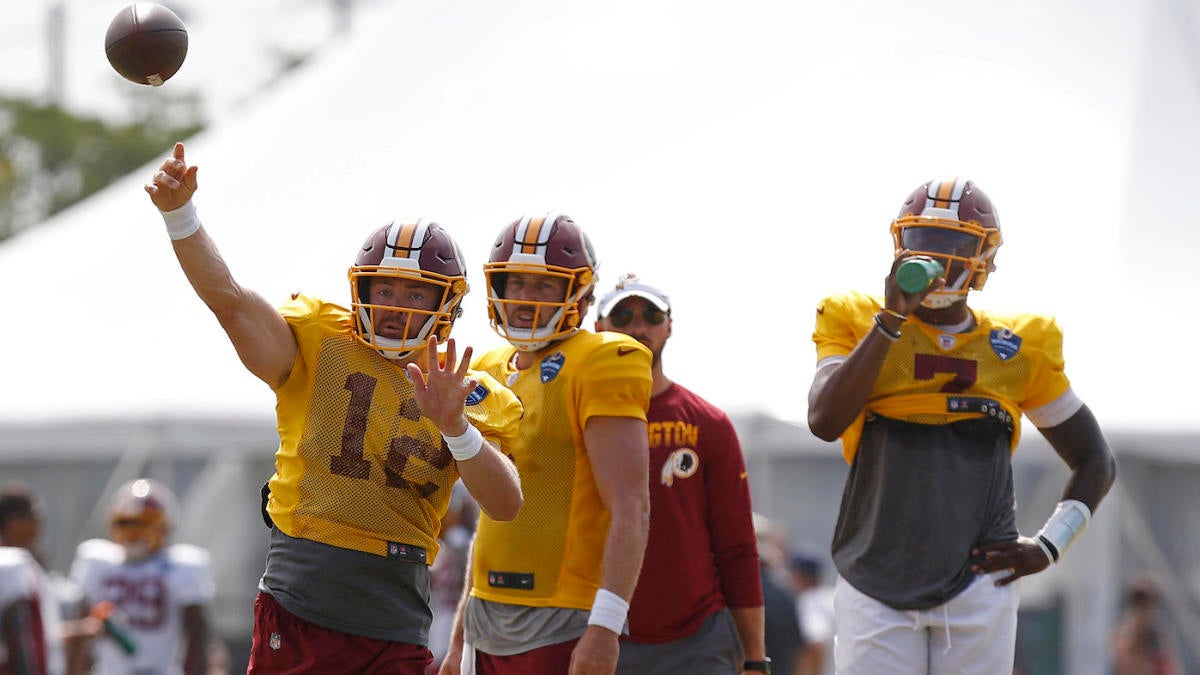 Colt McCoy may have been listed as the No. 1 quarterback on the Washington Redskins’ first depth chart, but he will not play in the preseason opener against the Cleveland Browns.

According to Craig Hoffman of 106.7 “The Fan,” McCoy is still not 100 percent from his off-season leg surgery, and he would probably play if this were a regular-season game. The Redskins are not going to risk McCoy re-injuring his leg, which he has already had several surgeries on.

McCoy broke his fibula in December, and after the initial surgery, he needed another procedure done this spring. According to the Redskins’ official website, the fracture site in McCoy’s leg hadn’t healed correctly because he was back on his feet faster than he should have been, just in case the Redskins made the playoffs in 2018.

“I was pushing for that, I think we pushed a little too hard and it resulted in that one site not healing,” McCoy said in April. “They just had to go in a do a procedure to help that area grow back together. So I’ll be non-weight bearing for a few weeks but it should heal pretty quickly.”

The longtime Redskins backup threw for 372 yards, three touchdowns and three interceptions in three games before he went down with his injury in Week 13. He’s currently 1-5 for Washington as a starter, but is the only quarterback on roster who has multiple years of experience in this offense.

With McCoy out, Case Keenum and Dwayne Haskins will get more reps on Thursday night, with the latter potentially playing more than any of the Redskins’ quarterbacks. The No. 15 overall pick in the 2019 NFL Draft hasn’t gotten much run with the first-team offense in training camp, but that may change on Thursday.

Many starting quarterbacks do not play in the preseason opener, but it means something for the Redskins, who are hosting the most notable quarterback battle in the NFL this offseason.