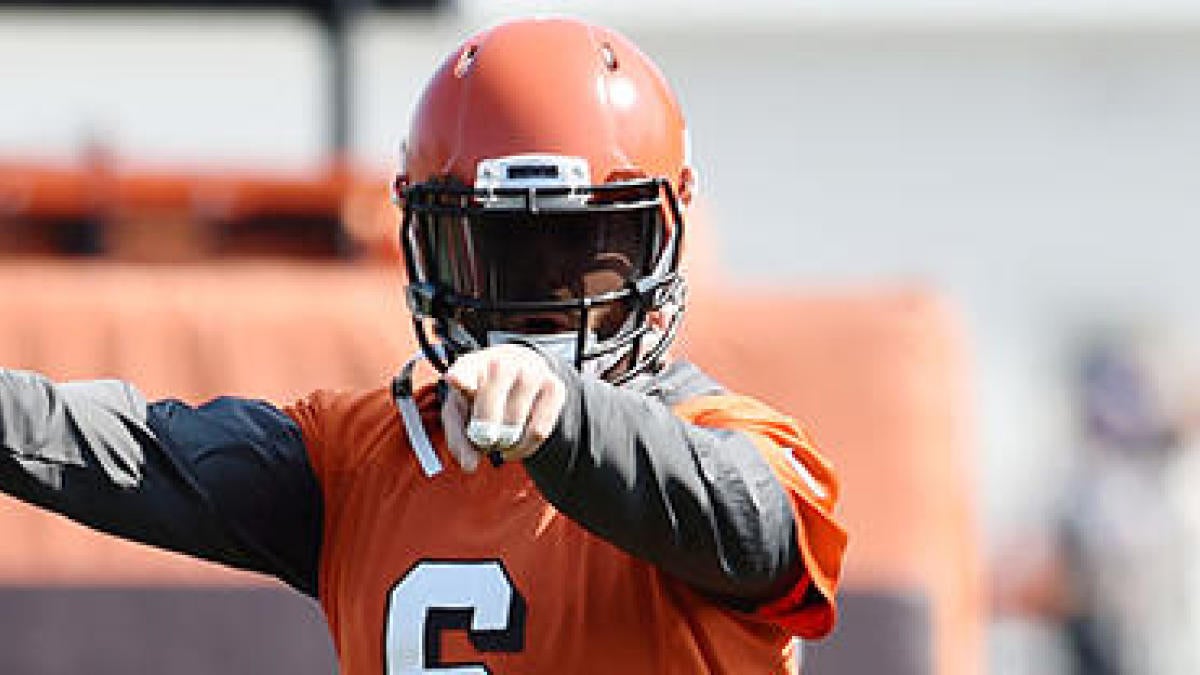 Cleveland Browns quarterback Baker Mayfield stayed past the end of his team’s autograph session to give meet and greet members of the military who attended training camp on Tuesday at FirstEnergy Stadium. More than 200 service men and women and their families were invited to practice as part of the team’s ‘Browns Give Back’ initiative.

Mayfield was called off the field by the team and was told he could leave practice, but stuck around to sign autographs for every uniformed service member who wanted one and took photos with anyone who asked.

Service members brought footballs, helmets and other memorabilia for the second year quarterback to sign. Many of whom were getting the autographs for other people. One serviceman, an army Staff Sergeant Smith, said he planned to give the autograph to his wife who is one of Baker’s biggest fans. “She’s a huge, huge fan,” he said. The soldier, wearing a matching mustache to the QB, added that his wife loved No. 6’s new facial hair look. Mayfield showed off his highly discussed mustached look by taking selfies with whoever asked.

Mayfield’s reputation off the field has not been spotless and many have criticized the young player for his actions off the field, but he is quickly becoming one of the most popular athletes in Cleveland.