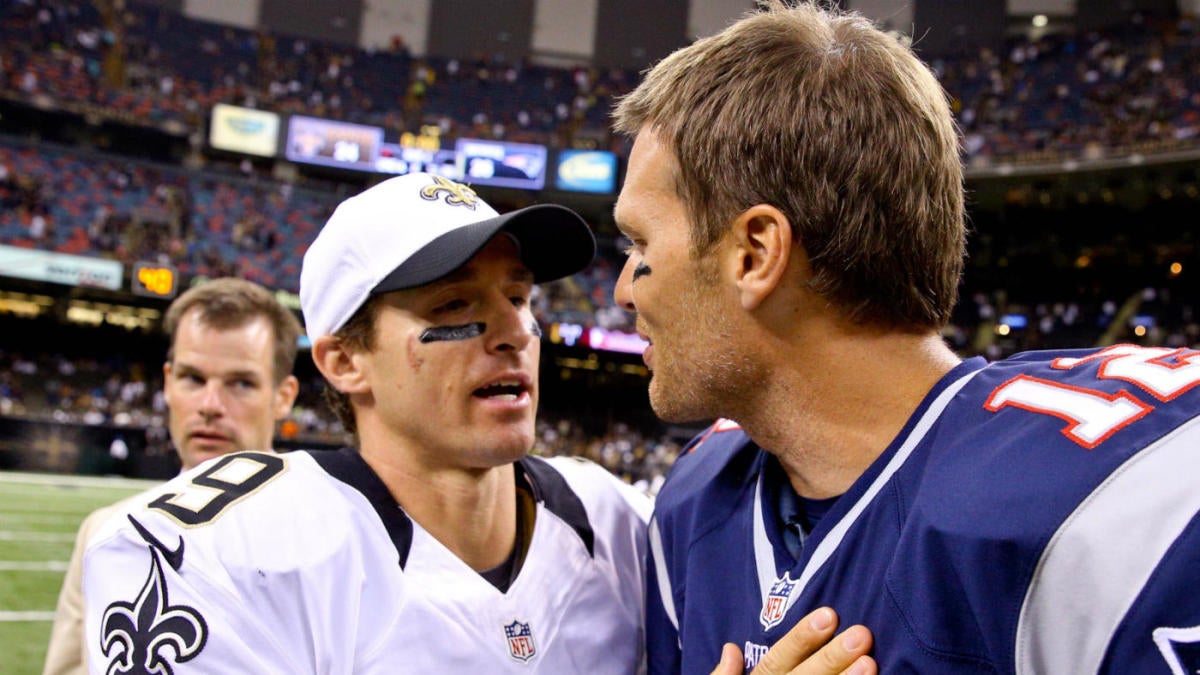 Tom Brady and Drew Brees are defying the odds by keeping Father Time at bay. Both are setting a new standard for quarterback play at an older age. The quarterbacks are in their early 40s.

Brady, who is arguably the greatest football player of all-time, in 2018 had the finest season ever for a 41-year-old quarterback. He also became the NFL‘s oldest MVP when he won the award in 2017 as a 40 year old. Brees was the MVP runner-up at 39 in a 2018 season where he set an NFL single-season record with a 74.4 completion percentage.

Brady’s renegotiation was originally mischaracterized as a two-year, $70 million contract extension. In the renegotiated contract, Brady received a $20.25 million bonus for being on the Patriots’ roster one day after signing. Brady’s 2019 base salary drops from $14 million to $1.75 million. The $1 million of game day active roster bonuses ($62,500 per game) from Brady’s previous contract remain intact. Brady has $30 million and $32 million salaries for 2020 and 2021.The Patriots pick up $5.5 million of salary cap room because Brady’s 2019 cap number drops to $21.5 million.

Brady’s 2020 and 2021 contract years are voidable. Paragraph 30 of the addendum to Brady’s new contract reads as follows:

“Player’s contract for the 2020 and 2021 League Years will automatically void if Player is on Club’s roster on the last day of the 2019 League Year. If Player’s contract for the 2020 and 2021 League Years voids in accordance with this Section 30, then Club will not designate Player as its Franchise Player/Future Franchise Player or its Transition Player/Future Transition Player pursuant to Article 10 of the CBA for the 2020 League Year (or any policy or mechanism that may become available to Club during the 2019 League Year that provides Club with a similar right).”

In essence, Brady’s contract is scheduled to void next March 18 and the Patriots can’t prevent him from becoming an unrestricted free agent by using a franchise or transition tag on him.

Brees’ most recent contracts with the Saints were seemingly used a template for Brady’s. The one-year extension Brees signed for $24.25 million at the beginning of the 2016 season contained a $30 million signing bonus while being structured with 2018 through 2020 contract years that automatically voided on the last day of the 2017 league year. The inclusion of the three fake years permitted the Saints to prorate the $30 million over five years for salary cap purposes instead of just two years. There was also language preventing the Saints from designating Brees as a franchise or transition player.

This structure put pressure on the Saints to sign Brees to a new deal before he hit the open market in order to keep the $12 million of signing bonus proration in his fake 2019 and 2020 contract years from becoming a 2018 league year cap charge. Rather than exploiting his leverage by exploring potential options with teams, Brees gave the Saints a financial break for the first time in his numerous contract dealings with them a day before the voiding would have taken place.

Brees signed a two-year, $50 million contract with $27 million fully guaranteed to remain in New Orleans. If the Saints hadn’t reached an agreement with Brees in a timely manner, there would have been an $18 million cap charge during the 2018 league year from the dummy years voiding as well as his cap number from re-signing after becoming a free agent.

A 2020 contract year that automatically voids on the last day of the 2019 league year was included so Brees’ bonus money was prorated over three years instead of two. Just like in the 2016 extension, a clause prohibiting Saints from designating Brees as a franchise or transition player was included.

The Saints restructured Brees contract in March for salary cap purposes by converting $16.2 million of Brees $23 million of 2019 compensation into a fully guaranteed third day of the league year roster bonus. Since the roster bonus was fully guaranteed, it gets treated like signing bonus under salary cap where it’s prorated over the life of the contract. The Saints added a 2021 contract year that also automatically voids on the last day of the 2019 league year.

Through the restructure, $10.8 million of 2019 cap room was freed up. The Saints will have a whopping $21.3 million cap charge in 2020 with the Brees’ dummy years voiding. A new deal would need to be in place before the current league year ends next March to avoid it.

There has been some speculation that Brees could retire after the 2019 season, especially if the Saints win the Super Bowl. Brees hasn’t given an indication either way on continuing to play beyond this season but has acknowledged he is taking a year by year approach to his career.

Brady and Patriots are heading to same place Brees and the Saints were at in 2018 and will be again during the offseason if Brees keeps playing. The Patriots should have a sense of urgency to get Brady signed for at least the 2020 season because of the voidable years. Brady’s $20.25 million roster bonus is being prorated on New England’s salary cap at $6.75 million annually through 2021. Allowing the 2020 and 2021 contract years to void will give the Patriots a 2020 cap charge of $13.5 million regardless of whatever happened with Brady afterwards.

Brady will have a great deal of leverage in any discussions about a 2020 contract provided his age doesn’t finally catch up to him because of his contract’s structure and New England doesn’t have a succession plan at quarterback. Patriots owner Robert Kraft said he envisioned Brady as the team’s quarterback for quite awhile in the days leading up to last season’s Super Bowl, which New England won.

There is a rule in the NFL Collective Bargaining Agreement preventing a renegotiation of a veteran player contract for 12 months if providing a salary increase unless it’s the first renegotiation, which isn’t the case for Brady. My recollection from my agent days of how this rule works was a renegotiation is permissible as long as the aggregate salary cap numbers in the remaining contract years don’t increase. I confirmed this interpretation by checking with a couple of NFL team and NFLPA sources I trust.

The likely timing for Brady’s next contract will be between the end of the regular season on Dec. 30 and the start of the 2020 league year on March 18. With a deal signed during this period, the $6.75 million of bonus proration associated with 2020 and 2021 would stay in place. Once the regular season ends, his current $21.5 million 2019 cap number will be locked in. Any new bonus proration of a new deal would be attributed to the years covered under the contract. For example, if Brady signed a new three-year contract during the playoffs with a $30 million signing bonus, this money would be prorated on New England’s cap at $10 million in each of the 2020, 2021 and 2022 league years. The total cap numbers in 2020 and 2021 couldn’t exceed $75.5 million.

Brady using his leverage would be a big surprise. He started consistently giving the Patriots hometown discounts in 2013 when he first renegotiated the 2010 extension which made the NFL’s highest paid player instead of driving the market. The approach has paid dividends for Brady in allowing the Patriots to assemble a more talented roster than they would have otherwise, which has resulted in three more Super Bowl rings since starting the process.

At the very least, Brady shouldn’t sign a contract with New England paying him less than $24.4 million in 2020. By making $47.4 million in 2019 and 2020, Brady would be at the financial breakeven point of playing out his previous contract, which had a $15 million salary this season on a $27 million cap number, and spending 2020 on a $32.4 million franchise tag.

It would be interesting to see what a quarterback needy team would offer Brady in free agency next year given his age. Don’t expect Brady to go for one big cash grab before retiring since he has clearly placed more importance on championships than money.