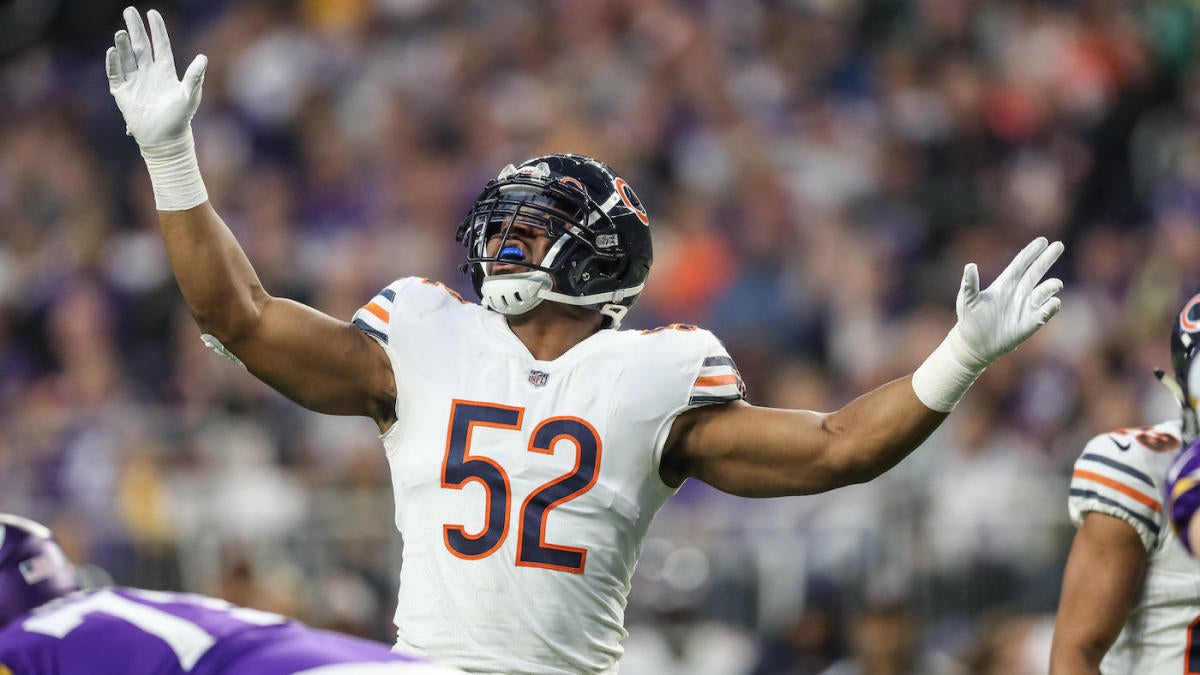 That time of year again. Even though we’re only one game into the preseason, it’s never too early to begin eyeing the regular season. With that in mind, it’s already time to think about the Week 1 betting lines and make our way-too-early picks for the opening week of the regular season.

Last regular season, I posted a 49-35-1 record with my weekly best bets column. While my five picks below won’t count for or against my record — I’ll be making my five official best bets for Week 1 a whole lot closer to the start of the regular season — the five picks I’ve included below are a few of the bets I’m considering as the season approaches. Obviously, things could change by the time the season actually begins, but it should as no surprise to hear that I’m once again leaning on the Bears and Chiefs, two teams that I relied on last year.

Onto all five picks …

All odds via SportsLine

I suspect John Breech won’t be the only person taking the Packers to upset the Bears on opening night. And I get it.

The Bears are the poster boys for regression after losing key contributors on defense — including defensive coordinator Vic Fangio — which came after a 2018 season that saw the Bears stay remarkably healthy on defense. Unless third-year quarterback Mitchell Trubisky takes a massive step forward, the Bears will likely have a tough time matching their 12 wins from a season ago.

The thing is, even if the Bears regress, I still think they’re going to be better than the Packers — especially early in the season when Packers first-round rookies Rashan Gary and Darnell Savage are still adjusting to the NFL, and Aaron Rodgers and the rest of the offense are still mastering Matt LaFleur’s system. The Bears don’t really have a reason to get off to a bumpy start. Before that devastating loss in the playoffs, the Bears closed out the regular season with nine wins in 10 games, one of which was a seven-point victory over the Packers to clinch the NFC North title. Before that game, I wrote about how the Bears had finally overtaken the Packers in the NFC North in every area except quarterback. Despite the Packers’ offseason makeover, I still think that rings true. Outside of the quarterback position, the Bears hold the edge at every single position group.

By DVOA last year, the Bears (fifth) out-climbed the Packers (19th) by 14 rungs on the ladder. By point differential, the Bears (plus-138) had the Packers (minus-24) beat by 162 points. The Bears were better than the Packers last year and it wasn’t particularly close. I don’t think the Packers have done enough this offseason to catch up.

With the game in Chicago, I think the Bears win by a touchdown. The reason the Packers are likely only 3.5-point underdogs? Rodgers. But as the last few seasons have proved, Rodgers needs help. Is anyone confident LaFleur — a first-time head coach who didn’t fare particularly well as a play-caller with the Titans last season after leaving Sean McVay’s staff — will give him that help? Is anyone confident the Packers have done enough to surround Rodgers with a better supporting cast? Outside of Davante Adams, who is Rodgers going to be targeting?

The Bears will probably regress in 2019, just not to the point where the Packers will be able to slip past them. And so, I have the Bears starting off the season with a big win over a team they’re better than at every single position besides quarterback.

It can be difficult in Week 1 to to find five bets you feel great about. So, for my way-too-early Week 1 best bets, I’m going back to ol’ reliable and banking on the team that worked out for me more than any other team last year. Even though it’s a road game against a strong defense, I’ll take the Chiefs to beat the Jaguars by more than a field goal.

Last year, the Chiefs covered the spread in their first seven games, before eventually stumbling down the stretch to finish 10-7-1 against the spread — related: my weekly best bets also took a tumble as the season wore on. One of those early season successes came against the Jaguars, when they were three-point favorites at home and won by 16.

Obviously, circumstances have changed. For one, the Chiefs will be visiting Jacksonville this time around. Two, the Jaguars won’t be starting Blake Bortles at quarterback after signing Nick Foles. Three, the Chiefs’ defense is going to look entirely different after a change in coordinators and personnel.

As is always the case at this point in the NFL calendar, there are a ton of unknowns entering the season. That’s why for one of my five way-too-early best bets, I’m going with a sure thing: Patrick Mahomes, the best quarterback in football. I expect the Jaguars’ defense to challenge him the way they did last year, and it wouldn’t surprise me if Foles is able to connect on some big plays against a Chiefs defense in transition. But I’m still banking on Mahomes, over the course of four quarters, to find enough gaps in the Jaguars’ defense and to lead the Chiefs to their normal offensive output. Mahomes didn’t even play particularly well against the Jaguars a year ago (62.7 passer rating), and the Chiefs still dropped 30 points.

In that game, the Jaguars, despite playing against at terrible defense, managed to score only two touchdowns — with one coming in absolute garbage time. Foles is better than Bortles, but he’s not good enough to keep pace with Mahomes, and it’s not like the offense around him got significantly better. Unless the Jaguars’ defense pitches a near-perfect game against the league’s best quarterback, the Chiefs should win by at least a touchdown. Has anyone ever pitched a near-perfect game against Mahomes? One way or another — whether it’s via left-handed throws or no-look passes or bombs launched on the run — he finds a way to breakthrough. It’s inevitable.

Like the Bears, the Chiefs are candidates to regress this season because there’s almost no way in hell they can score points the way they did a year ago. But the thing is, even if they take a small step backwards on offense, they should still be the best offense in football. I think we’ll see that starting in Week 1.

No need to overcomplicate this.

The Seahawks are one of the better teams in football and they’ll be at home. The Bengals are one of the worst teams in football and they’ll be a long ways from home. A.J. Green might miss the game with an injury. While the Seahawks will be without Jarran Reed, it sounds like Ezekiel Ansah will be good to go, which will help them up front against a Bengals offensive line that will be without first-round pick Jonah Williams. The Seahawks should be able to score a ton of points against a Bengals defense that ranked 28th in DVOA a year ago. Without Green, I’m not sure how the Bengals will move the ball offensively against a good, if not great, defense.

The Seahawks should win in a blowout against an outmatched team at home, where they went 5-2-1 against the spread last season.

Redskins at Eagles Under 46.5

Credit goes to my editor, R.J. White, for bringing up this pick. The Redskins aren’t going to be good at offense, but they’re going to be better on defense, which should lead to low-scoring games.

The Redskins will be starting Colt McCoy or Case Keenum or rookie Dwayne Haskins at quarterback. They might be without left tackle Trent Williams, who does not want to play for the team anymore. This was an offense that ranked 29th in DVOA while averaging 17.6 points per game a season ago. Their Haskins pick was a good one — they should send a gift basket to Dave Gettleman — but that pick probably won’t result in success in the short term.

Defensively, the Redskins should improve after adding Landon Collins in free agency and Montez Sweat in the first round. A year ago, the Redskins were pretty average on defense, giving up 22.4 points per game and ranking 20th in DVOA. Assuming they see a modest improvement on defense and remain a bad offense, the Redskins are going to have a difficult time hitting their overs throughout much of the season.

The offensive line remains a massive concern for the Texans, and they’ll be challenged to protect Deshaun Watson against the likes of Cameron Jordan and Marcus Davenport. But despite their inability to protect Watson a year ago, the Texans lost only one game by more than seven points — a 21-7 loss to the Colts in the playoffs. Meanwhile, the Saints went 3-5 when they were favored by seven or more points. It’s a difficult line to cover. It’s especially difficult against a playoff contender.

At home, the Saints should beat the Texans, but they’re going to have a tough time putting away Watson. Expect a fun, high-scoring, and tight contest between two playoff-caliber teams that is ultimately decided by a field goal.