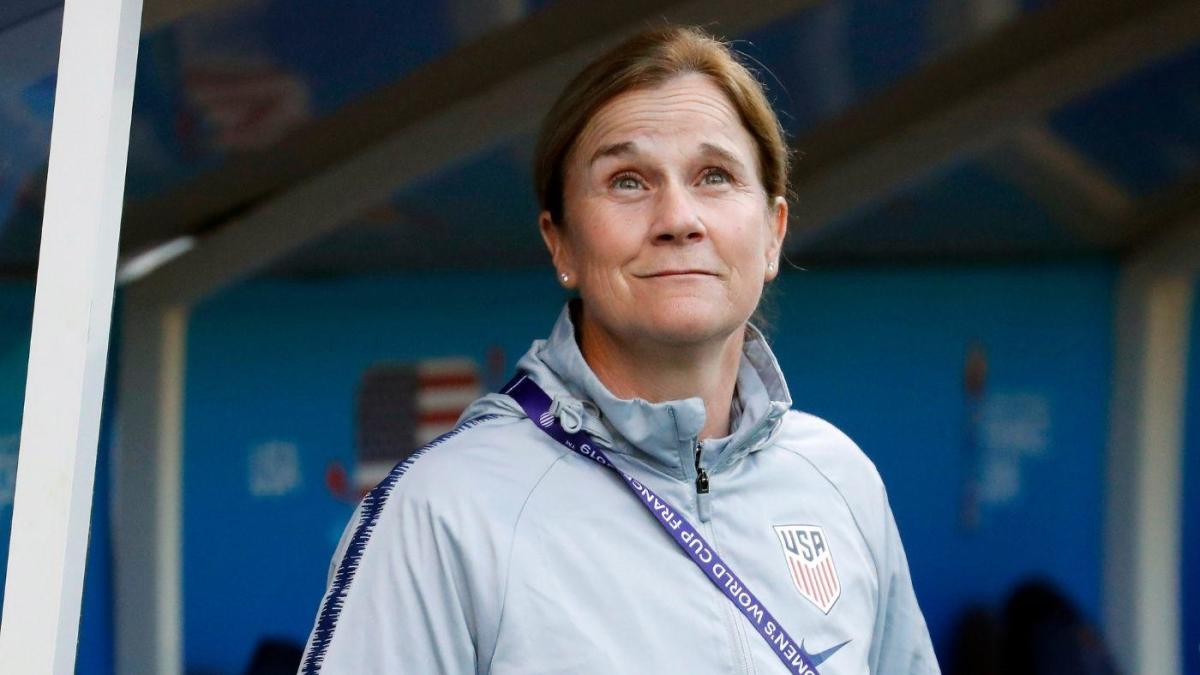 The Miami Dolphins have not had much success in recent years, but U.S. women’s national team coach Jill Ellis, on the other hand, has.

Ellis is fresh off her World Cup win with the USWNT and arrived at Dolphins training camp to offer words of advice to the team. She was welcomed with applause after head coach Brain Flores introduced her on Tuesday.

While Ellis’ expertise is in a different kind of football, she was able to advise the team on how to become successful as a unit. “I told them, ‘Play hard against each other in training,’ ” Ellis said. “Every day, our players pushed each other. And that’s what helps you, because iron sharpens iron. And I just said we were probably the most prepared team at the World Cup, and the details and preparation is the key to get it done. And the final thing is heart. That’s always the intangible.”

Flores was thrilled to have Ellis at training camp and had high praise for the back-to-back world champion. “Anytime you can get someone of her leadership, experience and her expertise, it’s great for the team,” Flores said. “I spent a lot of time with her. She’s as impressive of a coach as I’ve been around. I look forward to spending more time with her.”

“It was great to see her out here,” veteran receiver Brice Butler said. “They’ve been winning championships for a long time. Just to get a piece of that, a reflection of that out on our practice field is great.”

Ellis announced she would be stepping down as the head coach of the USWNT on July 30, but will remain involved with the team until October. She led the U.S. women’s national team to World Cup victories in 2015 in Canada and 2019 in France.

Miami has a different expectation heading into their season than the USWNT had heading into theirs, and while the Dolphins have struggled in the past, Flores hopes to create a culture of working hard and winning, with this team.