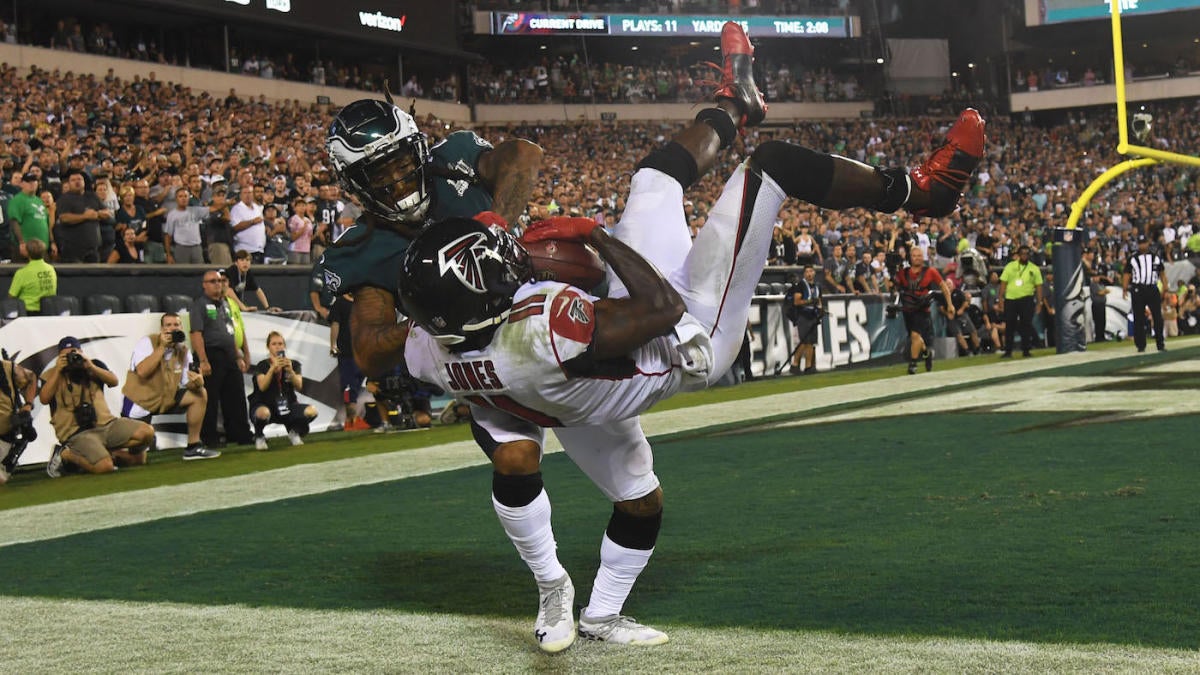 The Philadelphia Eagles have been undergoing a changing of the guard at cornerback this training camp, but one familiar name re-emerged on the first team when the team’s first unofficial depth chart was released Tuesday. Ronald Darby, who has been participating in individual drills in training camp rehabbing from a torn ACL, remained on the first team with second-year cornerback Avonte Maddox starting opposite of him.

Maddox has lined up as the first-team slot cornerback throughout camp with Rasul Douglas and Sidney Jones lining up on the outside. Douglas was lined up behind Maddox on the depth chart as the second-team outside cornerback, while Jones was listed behind Darby.

If the Eagles place Maddox in the slot, Douglas would assume the first-team reps on the outside while Jones would start in place of Darby. The Eagles expect Darby to be back in time for the season opener on September 8.

Jones has been one of the standouts throughout the two weeks of Eagles training camp, making his case for a starting cornerback position. He has been limited to just 10 games over his first two seasons thanks to a ruptured Achilles prior to when he was a drafted and lingering hamstring problems last season.

“He had a couple plays on the ball and I think that’s a big thing. He’s also been available for us,” said Eagles defensive coordinator Jim Schwartz last week to media members. “He’s been out there every day, and the first year of his career, he wasn’t, but last year, he was in and out of the lineup so much in training camp that it was really hard for him to get that good run of experience and build an accumulation of steps.

Douglas has been a playmaker in the Eagles defense since being selected as a third-round pick in 2017, even if he has played limited snaps behind Darby and Jalen Mills. Douglas, who had 58 tackles and four pass breakups in 2018, has five interceptions in two seasons.

“I don’t know if he’s any bigger right now, but he’s well-conditioned and he’s playing with confidence, and I think that you see that from guys that are in their third year and have a little bit of experience, and that’s him,” Schwartz said.

“I really think the biggest thing is just he has some confidence. Played a little bit his rookie year. We won a lot of games with him out there his rookie year. Came back second year. Had a rough spot early on when he was playing and then came back and really solidified and did a great job for us down the stretch as did a lot of our other guys.”

Mills, who has started for the Eagles at cornerback the past two seasons, is on the active/PUP list rehabbing from a foot injury last October. He was not listed on the depth chart.