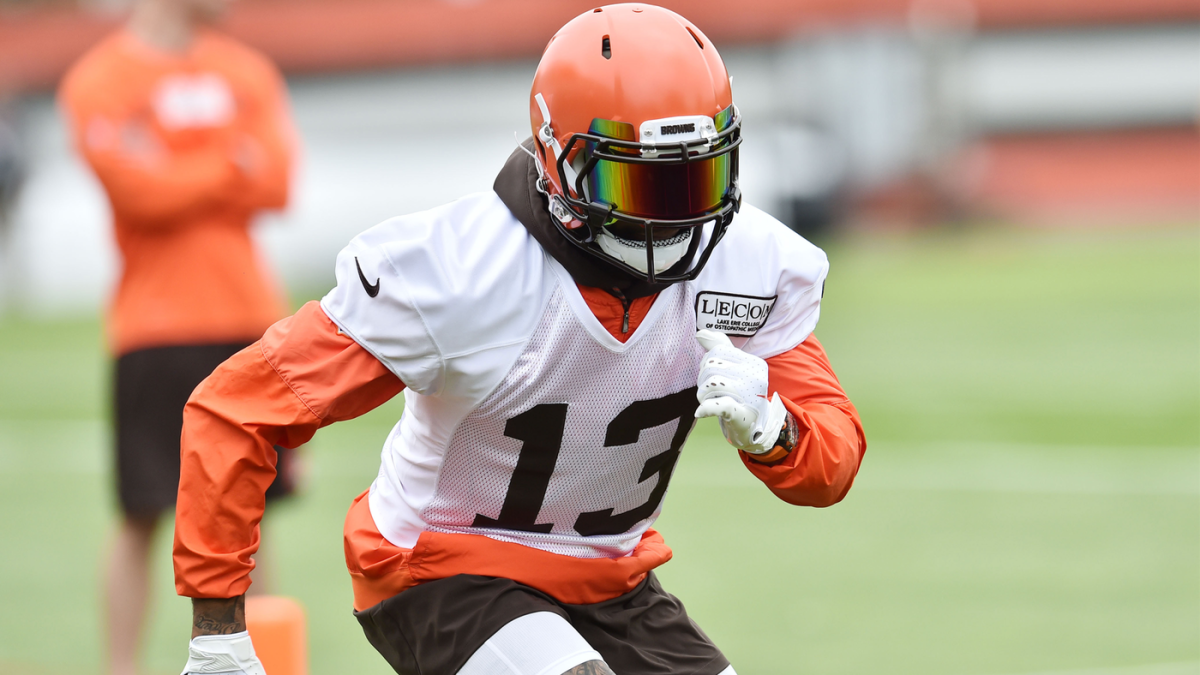 Odell Beckham Jr. was back at practice Tuesday a day after feeling ill. But that wasn’t the main story surrounding Beckham’s return to practice.

The story is Beckham’s noticeable work ethic that is winning over his new teammates and coaching staff, particularly Adam Henry, Beckham’s longtime wide receivers coach. Beckham, who was mostly the X receiver during his time with the New York Giants, is learning all three receiving positions with the Browns.

Beckham recently explained the advantages that come with being able to line up at various receiving positions.

“Once you allow everybody to move from different positions, it’s harder for a defense to game plan,” he said. “It’s harder if Jarvis goes outside or he goes to the single-side receiver, or [Rashard] Hig[gins, Antonio] Callaway or any of these other receivers switch or go inside, I go inside, I go outside, line up in the backfield. It just makes it harder [for the defense] to game plan. If you have a receiver who lines up left or goes right, it’s a lot easier to game plan.”

Along with working hard to learn multiple receiving positions, Beckham is also working hard to strengthen his rapport with quarterback Baker Mayfield, whose direct — and sometimes explicit — leadership style may not be everyone’s cup of tea. It is apparently fine with Beckham, who — along with Cleveland’s fellow receivers — was the subject of Mayfield’s “constructive criticism” earlier in camp. Mayfield yelled at his receivers to “work the [expletive] scramble drill.”

Beckham himself said recently that his transparent relationship with the Browns’ second year quarterback has helped speed up their growth.

“If we didn’t like something or if I did something wrong, I go ask him,” Beckham said. “If he wants me to run a different way, we just say that and we just keep going. There’s no egos or nothing here. We’re both competitive people that want to win. When you got a guy like that, you never wanna let him down. So just finding ways to get better, really.”

Beckham chuckled when asked following a recent practice if he tells Mayfield where he likes the ball to be on passing routes.

“Everything that’s great comes with patience [and] takes time,” he said following a recent practice. “So, we’re still developing. The best part about it is [that] it’s training camp. It’s not the real season right now, so we’re just trying to all get on the same page, get everything down. But it’s been a lot of fun … Just trying to get better every day.”