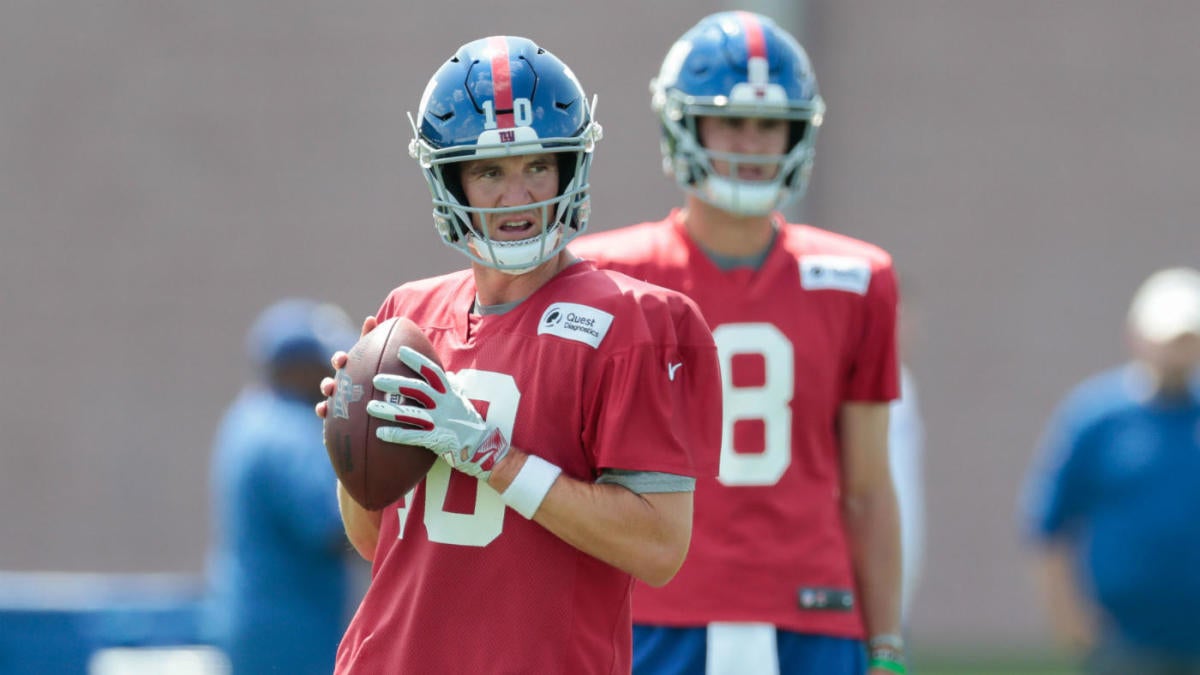 No one’s particularly hyped about the New York Giants entering 2019, but at the very least, this is a team all but guaranteed to put on a show as it attempts to rebound from the forgettable kickoff of the Dave Gettleman and Pat Shurmur regime.

So long as Gettleman is in charge, it’s safe to remain skeptical that Big Blue is headed in the right direction. Shurmur, meanwhile, is as unspectacular as his general manager is goofy — a fine coach, but hardly the guy you’d expect to captain this club back to serious contention. And yet, after an offseason that saw the G-Men try to justify trading an all-world wide receiver, cut ties with their most proven pass rusher and draft a polarizing quarterback sixth overall despite commitments to a 38-year-old Eli Manning, it’s virtually a given that New York will make headlines this year.

In anticipation of the craziness, let’s project some of our own.

Here are five bold predictions for the 2019 Giants:

Sorry, but “bold” means “bold.” If you wanted “mild” predictions, you picked the wrong story! Anyway, get this: The Giants are 5-1 in their last six games at AT&T Stadium, and that’s where they open 2019. I know that doesn’t account for three other wins to start the year, but try telling me you’re legitimately scared of the Buffalo Bills, Tampa Bay Buccaneers or Washington Redskins. After the Week 1 Dallas Cowboys clash, that’s who’s on the Giants’ slate. Even with an iffy receiving corps, New York can pound Saquon Barkley over and over and over behind a beefed-up interior, capitalizing on turnovers from Josh Allen, Jameis Winston and Dwayne Haskins to stun the NFL and lead the NFC East going into Week 5.

2. The Giants miss the playoffs

If you hated the first prediction, then you should love this. On its own, a non-playoff season is hardly a bold prognostication for a team so widely ridiculed. But this is different. This is an all-out collapse — a bumbling inability to hold a sizable NFC East lead that’s fittingly reminiscent of some of the Giants’ most infamous days with Manning and Tom Coughlin. Let’s say New York actually opens with four straight wins, a streak that’s led to postseason berths something like eight out of 10 times in recent NFL history. Six of the team’s next nine opponents are the Cowboys, Minnesota Vikings, New England Patriots, Chicago Bears, Green Bay Packers and Philadelphia Eagles before Week 15. That spells an 8-8 finish, at best.

Eli has never been as good as his Super Bowl wins suggest, but the talk of his decline has now verged on hyperbole. Post-Odell Beckham Jr. and Golden Tate suspension, his wideouts truly are suspect, but with Barkley, an improved line and a healthy Evan Engram, Manning can at least be decent. The thing is, he’s also 38, and he’s immobile. His consecutive starts streak may have ended because of front-office shenanigans, but no one’s due for an injury-induced trip to the sidelines like him. Daniel Jones’ debut seems inevitable, but let’s say it comes not to halt Eli’s struggles but to relieve Eli’s body, even if just for a week or two.

This is probably the safest of the bunch, but it helps balance the list. (Just wait until you see what’s next.) Barkley wasn’t overused in his incredible rookie season, and 1,600 yards is a lot for any running back to gain in today’s NFL. But the Giants aren’t exactly built for today’s NFL. They will succeed if — and, in all seriousness, only if — Barkley is ridden like an old-school featured back. The feeling here is that he’s more than capable of doing so. Let’s give him the rushing title.

5. Eli Manning leaves … to join Peyton … with the Saints

If you can’t have fun while you’re reading or writing bold predictions, then they’re probably not worth reading or writing. So let’s get wild. Anyone with a brain knows this is more Bizarro World than actual prediction, but what the heck? If Jones gets on the field in 2019 but the Giants collapse after a hot start, Shurmur’s saving grace will be to make the last official switch to rebuild mode and declare the rookie QB the QB for 2020. That means Eli would head elsewhere after this season wraps. Rather than retire, however, let’s say he cashes in on a once-in-a-lifetime opportunity to reunite with his brother, Peyton, in his hometown of New Orleans. The Saints have been rumored as a future front-office destination for Peyton, so we’ll project Drew Brees bowing out after one final run at a Lombardi and Peyton assuming a path to personnel oversight under Gayle Benson, then recruiting Eli as his bridge to either Teddy Bridgewater or a 2021 draft pick. It’d instantly make for the story of next season.