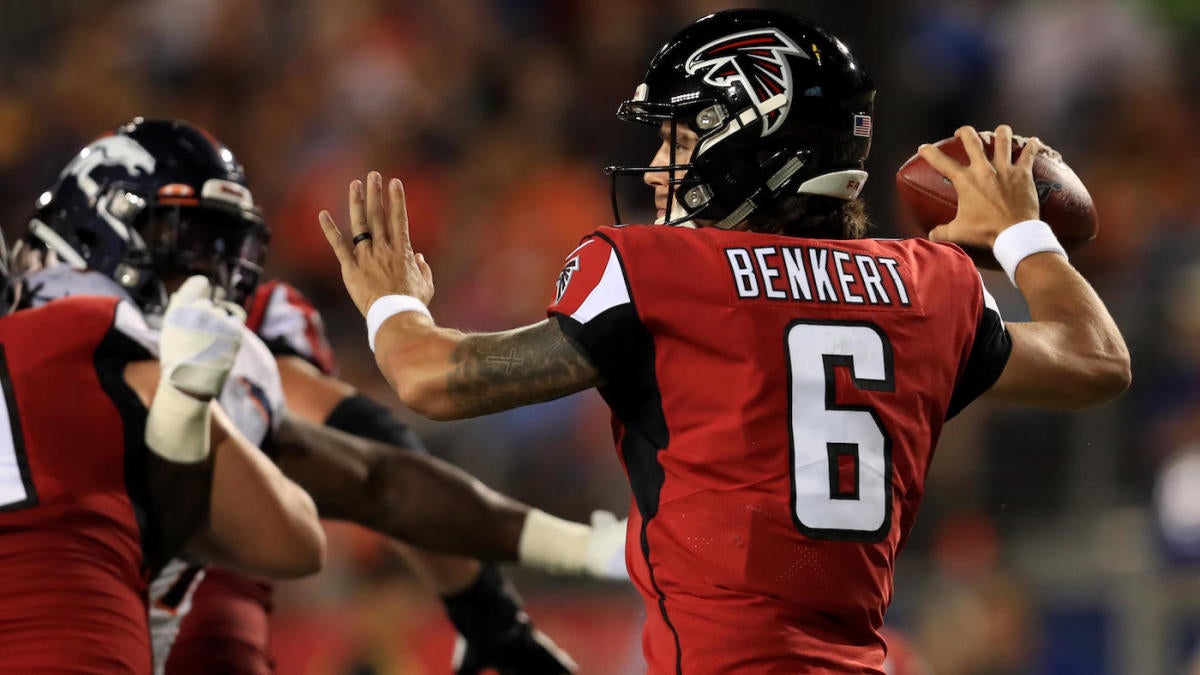 Quarterback Kurt Benkert’s preseason has been cut short, as the Atlanta Falcons announced on Tuesday that he would be headed to injured reserve.

Benkert injured his toe during the Falcons’ preseason opener against the Denver Broncos. He impressed more so than any other quarterback in the matchup, and completed 19-of-34 passes for 185 yards and a touchdown. Matt Schaub, who started the game in place of Matt Ryan, completed just 4-of-14 passes for 10 yards and threw an interception, leaving many wondering if Benkert could challenge Schaub for the role of backup quarterback.

After going undrafted out of the University of Virginia in the 2018 NFL Draft, Benkert signed with the Falcons as a free agent. He was waived last September, but re-signed and spent the 2018 season on the Falcons’ practice squad.

In a corresponding move, the Falcons signed quarterback Matt Simms, who spent time with Atlanta from 2015-17. Simms last played in a regular-season game with the New York Jets in 2014. In two seasons in New York, Simms played in four games and completed 19-of-39 passes for 195 yards, one touchdown and one interception.

The Falcons also agreed to terms with offensive line Tommy Doles, who spent time this spring with the Chicago Bears after going undrafted out of Northwestern.