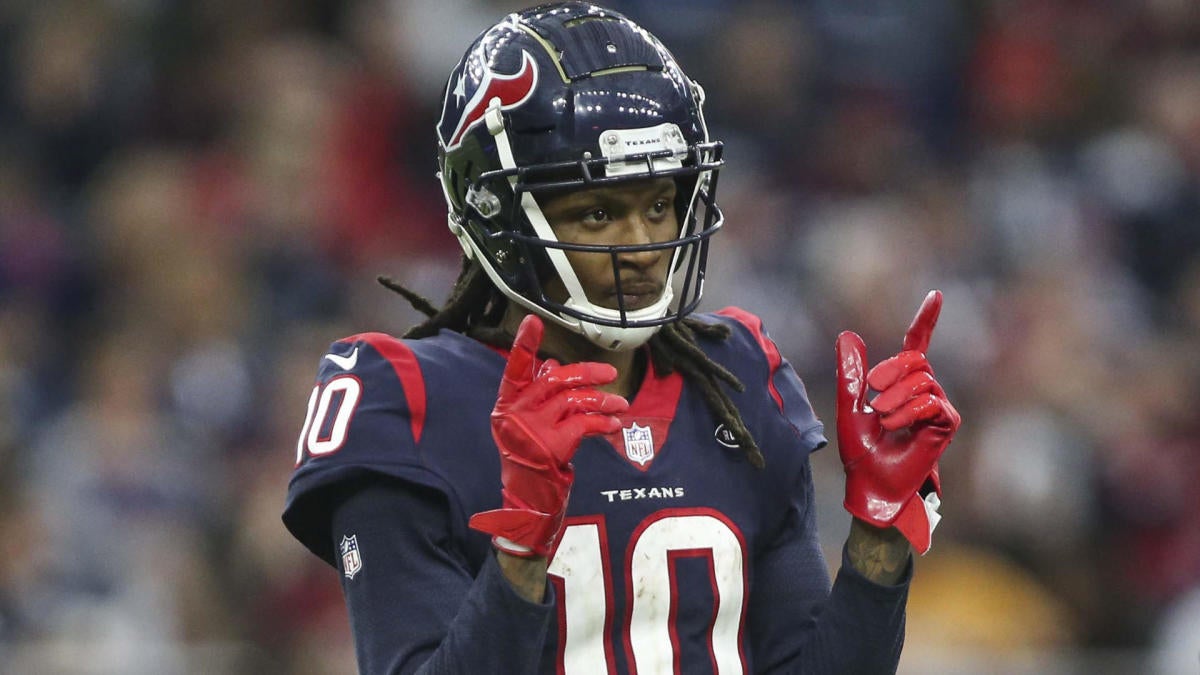 DeAndre Hopkins knows that there’s a slew of gifted NFL receivers. The Houston Texans‘ standout receiver just believes that he’s the best of the bunch entering the 2019 season.

In the above video, CBS Sports HQ’s Pete Prisco asked Hopkins at the Texans-Packers joint practice who he believes is the league’s best wideout.

“I take pride in my work, so I’m gonna say myself,” said Hopkins, an All-Pro each of last two seasons. “I feel like every receiver should say themselves, honestly.”

Hopkins also acknowledged several of his peers that are expected to challenge him for the unofficial title.

“It’s competitive,” Hopkins said with regard to the league’s other top receivers. “You’ve got guys like Antonio Brown, Odell Beckham, [Michael] Thomas, Julio Jones, [Davante Adams]. Honestly, since I’ve been watching football, I feel like this is the most competitive at the receiver position that the NFL has been.”

While Brown, Beckham, Thomas, Jones and Adams are all formidable receivers worthy of recognition, Hopkins had several notable omissions from his list (Hopkins actually said “DeVante Parker” instead of Adams, but it’s clear he was talking about the star receiver on the other side of the practice field). The biggest is probably JuJu Smith-Schuster, Brown’s former teammate in Pittsburgh who is coming off a season that saw him earn team MVP honors after leading the Steelers with 111 receptions for 1,426 yards.

Plenty of others could make a case to be included in the top five. Julian Edelman’s 1,412 career receiving yards in the postseason are second most in NFL history, trailing only Jerry Rice and one spot ahead of Cowboys legend Michael Irvin. Edelman is also the owner of three Super Bowl rings, more any modern day receiver, so even if he doesn’t have the regular-season resume of some others, the Patriots receiver worth considering. Jarvis Landry, Beckham’s new teammate in Cleveland, led the NFL in receptions in 2017 and has been a Pro Bowler each of the past four seasons. Kansas City’s Tyreek Hill is probably the most explosive talent in the NFL when he’s on the field. Tampa Bay’s Mike Evans, Dallas’ Amari Cooper, Indianapolis’ T.Y. Hilton … the list goes on and on.

One also shouldn’t forget Larry Fitzgerald, who is embarking on his 16th and final NFL season. While he may no longer be the league’s best receiver, Fitzgerald will undoubtedly be inducted into the Pro Football Hall of Fame five years after his final snap, a feat that Hopkins and the rest of the NFL’s current receivers are looking to achieve shortly after their playing days are over.

If you were to pick the best receiver of this decade, Brown might have to top the list. A sixth-round pick in the 2010 draft, Brown overcame his humble NFL beginnings to catch 837 passes for 11,207 yards and 74 touchdowns. No receiver this decade has as many catches, yards, or touchdowns than Brown, who is embarking on his first season in Oakland after spending his first nine seasons in Pittsburgh.

When it comes to Hopkins, 2019 could be year that he is universally regarded as being the league’s best active receiver. With Brown in Oakland and with Beckham and Landry sharing the same quarterback in Cleveland, Hopkins’ bold comment could be considered a casual statement this time next summer.