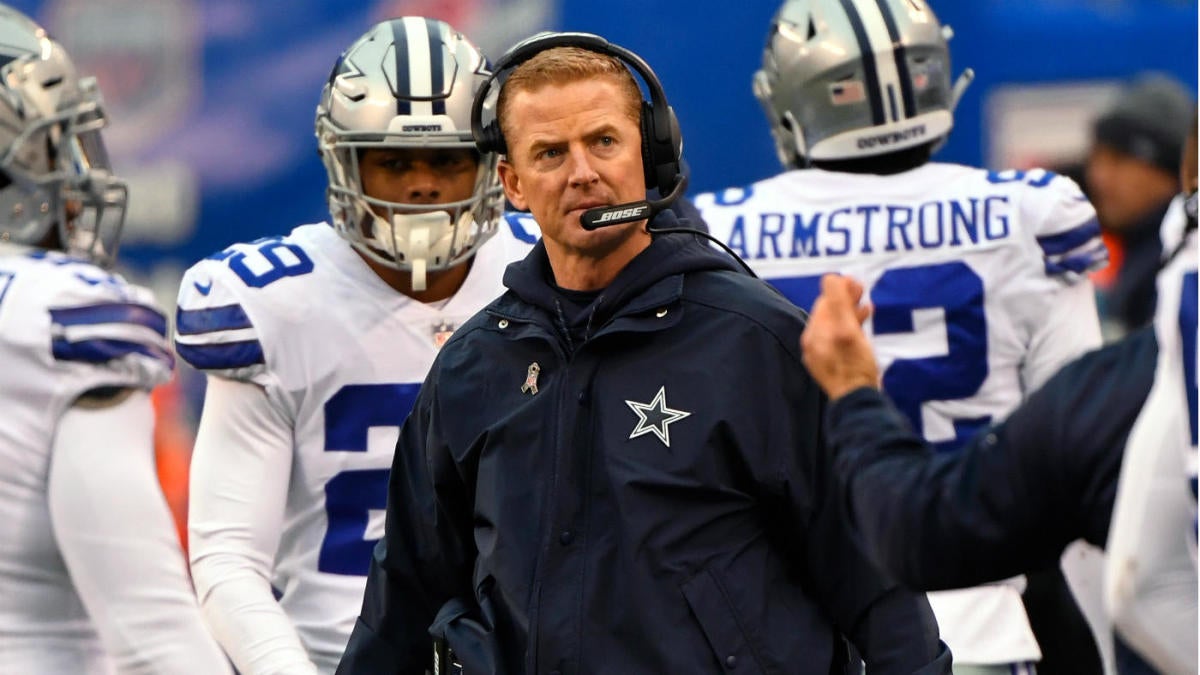 Optimism is king in August, when every NFL team believes it can make a deep playoff run. Or at least most of them anyway. And it’s the NFL, so nothing is off the table per se. We see crazy things happen every single year. That’s part of the parity that constantly creates shifts in who is in and who is out of the playoffs (the Patriots aside anyway).

And it’s why this article, which is going to contain a list of five teams who I think could take a step back and miss the playoffs this year, exists. This is a tough exercise, man. You’re taking teams who performed very well last year and poking holes in a résumé before we’ve seen a single snap of regular-season football. Some of these won’t be right! Feel free to yell at me on Twitter @WillBrinson as to how you already know they’re wrong.

Last year, I went three of five for teams that would miss the playoffs, and I would give myself partial credit for the Eagles simply because things basically went as I predicted and then Nick Foles magic happened late. In 2017, I managed to successfully hit on four of five teams who would take a step back. I’ve been less successful at predicted who would leap up and make the postseason, going two for five in 2018 and two for five in 2017 as well. That article comes out later this week, but you could just get the info first by subscribing to the Pick Six Podcast, our daily NFL show.

You can also listen to the show where we break down the step back teams below.

Let’s get to the teams who could take a step back.

The closer and closer we get to the season, the less and less enthused I am about fading the Ravens. I’ve made my bed, so I’m gonna lie in it. The Steelers are a team I’m backing big this year. But I don’t want Lamar Jackson and the offense to take a step back. I love watching Lamar light up defenses with his combination of speed and his underrated arm. There’s reason to think they won’t fall apart either: Baltimore was 2-4 in one-score games, so they were a little unlucky, actually. The Ravens’ expected win total was 10.8 games, so if anything, they underperformed a bit. John Harbaugh is an excellent coach who gets the most out of his players. Retaining Greg Roman means utilizing a successful offense with Lamar, one with a track record of working with mobile quarterbacks. But what I can’t stop thinking about, as the Ravens emphasize just how much they expect to run the ball with Lamar, is the lucky schedule they caught last year. As Baltimore was shifting to a run-heavy scheme featuring Jackson out of their bye, it drew the Bengals (26th against the run by DVOA), Raiders (22nd), Falcons (30th), Chiefs (32nd), Buccaneers (31st), Chargers (10th) and Browns (25th). It’s pretty incredible to land six of your seven games against the worst run defenses in the league in the second half of a season. Baltimore could start hot though, as they get the Dolphins (24th last year against the run by DVOA), Cardinals (29th), Chiefs and Browns in their first four games. The schedule isn’t bad and if Jackson truly takes a step Baltimore could explode on offense. I’m banking on a little regression in that area plus the Steelers and Browns taking a step forward.

One of the obvious spots to target a team is the notoriously fickle AFC South that has seen the Titans push for the playoffs, the Jaguars win the division and make an AFC Championship Game run and the Colts rise and fall and rise again a few times in the last few years. Houston is a little scary to fade because the Texans have Super Bowl upside thanks to what I believe is a “stars and scrubs” roster of sorts, if you don’t mind the fantasy baseball parlance. Deshaun Watson and DeAndre Hopkins are incredible; can the Houston offensive line protect Watson long enough to give him time down the field and keep him healthy? J.J. Watt, Jadeveon Clowney and Whitney Mercilus can bring the thunder on defense if you get 16 games from all of them. But that’s asking a lot in the NFL, where injuries are a part of life. Additionally, this team played over its head last year, winning 11 games but only being expected to win 10.2. The Texans won nine straight games, a streak that included five victories by single digits. Ultimately they went 6-5 in those one-score games, which isn’t that lucky, but that streak allowed them to stay in the hunt for the AFC South. At one point during the season, Watson was riding a bus to a game because he was so dinged up. This is also a team without a general manager, which is a major red flag for me. D’Onta Foreman was cut because he needs to “grow up” — a contending team needs the checks and balances of a coaching staff and front office working independently. One thing that could flip this on its head? Andrew Luck’s calf injury. If the Colts quarterback isn’t ready for the start of the season, you can change out the team here and put the Colts there instead.

This one is a little tricky. I think the Cowboys roster is loaded and they’ve got a Super Bowl window to work with here. But they also have a bunch of guys who have not been paid but have been offered contracts that will pay them “top five” money at their position, at least according to reports out there right now. It’s also hard to gauge the Cowboys because after trading for Amari Cooper, what was a stagnant offense took off, and that’s now being run by Kellen Moore. If Moore is the up-and-comer everyone believes, the Cowboys could explode and Dak Prescott, who is playing for a contract, could insert himself in the MVP discussion. But what if Ezekiel Elliott holds out during the season? What if the Cowboys suffer injuries on the offensive line? After having a very healthy 2017, the Cowboys were right in the middle of the pack for injuries last year. There’s no regression certainly coming, but if they lost games from their linebackers or pass rushers and their offensive line, it could have a trickle-down effect on this team. The Cowboys’ expected games won were 8.4 and they won 10 games, a red flag for regression. They went an astounding 8-2 in one-score games, another major red flag for a team potentially taking a step back. The Eagles, their primary competition in the NFC East, look like one of the best rosters in football. As with the Texans, a Carson Wentz injury could flip the team who should be on this list, but I’ll ride with Dallas for now.

A pretty easy candidate for regression, the Bears came out of nowhere to dominate the NFC North last year behind the best defense in football and an improved offense that secretly didn’t put up great numbers. Chicago scored the ninth-most points last year, but they were bottom half of the league in efficiency. Defensively, the loss of Vic Fangio to the Broncos shouldn’t be understated — Chuck Pagano will be scrutinized heavily early in 2019. Additionally, the attrition of players from the defense, namely Bryce Callahan and Adrian Amos in the secondary, should be a concern. Chicago went 6-4 in one-score games, so it’s due for a little regression there. The Bears also outperformed their expected win total (11.5), although by just half a game. This basically comes down to whether or not Mitchell Trubisky can make a big leap in his second year with Matt Nagy. It’s very possible he does. But there will be defensive regression coming for a team that had 27 (!) interceptions last year and a plus-15 turnover differential. The Bears were also third in adjusted games lost per Football Outsiders. Chicago is a good team, but there are red flags here. The Bears could also, as we discussed on the podcast, simply regress to 9-7 and miss the playoffs without being bad. The division should be improved and they drew a first-place schedule that will test them early and often.

The other sweet spot for finding a fallback team is the NFC West. Generally speaking, you can successfully target divisions with two teams who made the playoffs the year before, because there will be improvements from teams elsewhere. Fading Sean McVay is not a profitable business two years into his career, but there are enough question marks about this team for me to dabble here. For starters, the Rams have been incredibly healthy over the past two years, ranking first in adjusted games lost in 2017 and fourth in 2018. It’s possible their trainers are smarter, but it’s also possible regression hits in a rough way. We might already be seeing it in the form of Todd Gurley, who is a major question mark for the 2019 season. I don’t think the offense will fall apart without Gurley — see C.J. Anderson last year — and Darrell Henderson could be a monster for the Rams. I’m a little more concerned about Cooper Kupp and his return from an ACL tear. He projects to be ready for the start of the season, impressively, but I don’t think his full explosiveness will be there. It’s usually closer to 18 months before we see guys back to their peak, and that offense struggled when Kupp went down. The Rams started last year 10-1 heading into their bye, but a whopping six of those wins were of the single-score variety. There’s no way the Cardinals and 49ers will be as big of speed bumps this year, and sweeping the Seahawks, who the Rams beat twice by a combined seven points, is asking a lot as well. The schedule is tough to start: at Carolina, versus the Saints, at the Browns, versus the Buccaneers and at the Seahawks. If they’re 4-0, just go ahead and start tweeting me about being wrong. Everyone bailing on the Jared Goff bandwagon is a bit much for me, but he had moments where he didn’t look great down the stretch last season. If that brutal Super Bowl loss lingers for a bit, the Rams could struggle to achieve the lofty heights of last year.