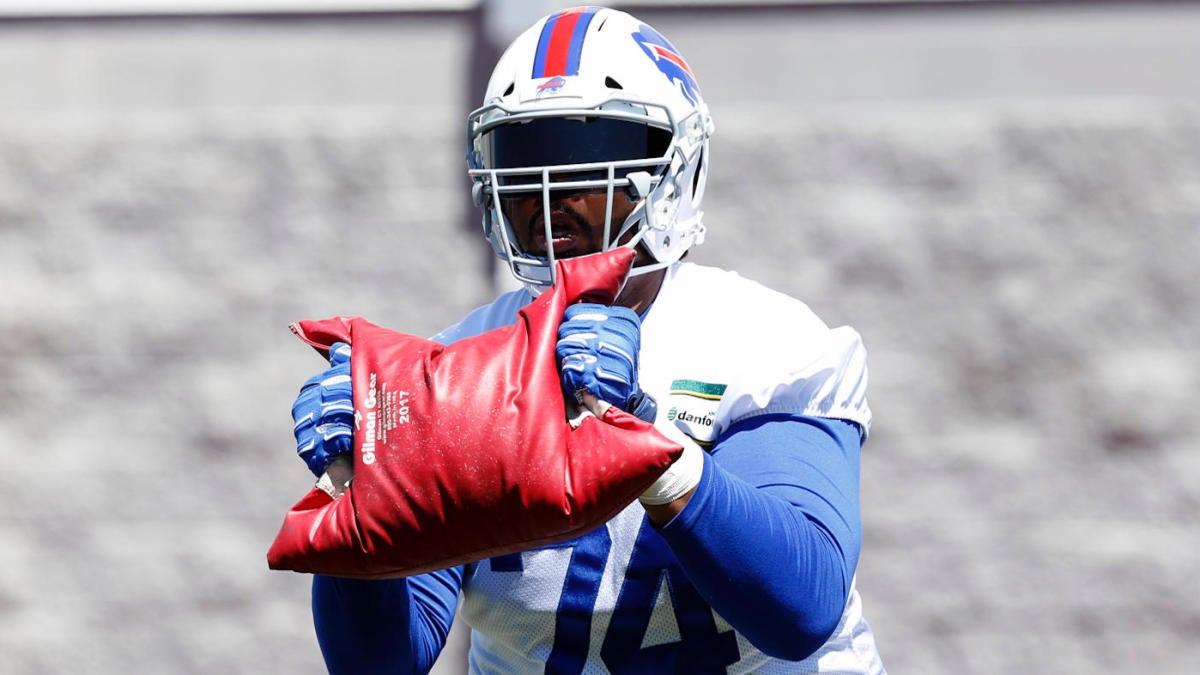 What began as a promising start for LaAdrian Waddle in his new home has taken a dark turn.

When the Buffalo Bills signed Waddle to a one-year, $2 million deal in March, the goal was to help shore up protection for former seventh-overall pick Josh Allen, whom the team hopes will make a leap forward in his second season. Allen missed four games with an elbow injury and struggled in his return, finishing with a 5-6 record that included 12 interceptions to just 10 touchdowns with a 52.8 percent accuracy rating, but he was also sacked 28 times. Keeping him upright is paramount going forward to give him a chance at finding targets like newly-signed wideout Cole Beasley, and Waddle was hoping to bring his two-time Super Bowl-winning talent and IQ to the cause.

Before the 28-year-old could take a single preseason snap, though, he suffered a torn quad in training camp and has now officially been moved to injured reserve,the team announced. The reported timeline for his injury is 4-5 months, which effectively ends his regular season hopes but does leave a window open for a possible return if the Bills can make a deep postseason run.

If they don’t, Waddle will be compensated nonetheless, and the two will revisit trying for a possible mulligan in 2020.

Attempting to replace Waddle will be offensive tackle Jarron Jones, whom the Bills signed after making the roster move on Waddle. It’s a bit of a homecoming for the 25-year-old Jones, who is a native of Rochester, New York — a short one-hour drive from Buffalo. He’s an unproven talent that recently tried to find a foothold with the Detroit Lions, but they opted to release him this past spring. Jones was originally an undrafted free agent signing of the New York Giants in 2017, before heading to the Seattle Seahawks and then landing on the Dallas Cowboys‘ practice squad in September 2017.

A defensive lineman now converted to the other side of the line of scrimmage, Jones has not yet appeared in an NFL game. The signing is far from an apples-to-apples swap with the loss of Waddle, but when it comes to depth on the offensive line, the Bills are exactly in a position wherein they can be picky.

Along with losing Waddle, they’re monitoring center Mitch Morse — who joined the team on a four-year, $44.5 million contract in March — under the league’s concussion protocol, and guards Spencer Long and Jon Feliciano are nursing knee and shoulder ailments, respectively, that is costing them needed time in camp. All is not lost, however, with second-round pick Cody Ford getting a look on the interior after seeing some snaps at the right edge, but even that is indicative of how rapidly the Bills’ plan of investing heavily in their O-line is rapidly beginning to fracture.

General manager Brandon Beane isn’t mincing words after seeing his blueprint take several hits before preseason can even get underway.

“It’s frustrating,” he said, via the Buffalo News. “Candidly, it is.”

He’s not blaming the players, however, but moreso the occupational hazard that is football itself.

“It’s nobody’s fault,” he made clear. “Nobody came in here out of shape. That would be disheartening, if somebody came in out of shape and (an injury) is because of it. The guys have worked hard.

“It’s just the unfortunate part, it happens, and sometimes it happens at the same position group. You do try and be smart with the reps and really tracking these guys on GPS and [load management], but at the end of day, you still got to play football, and it’s a physical sport.”

The Bills open their preseason on Thursday, Aug. 8 against the visiting Indianapolis Colts, and they’ll have their fingers crossed every time the ball is snapped. Considering they’re trying to somehow dethrone the New England Patriots and fend off the retooled Miami Dolphins and New York Jets, it’s safe to say the Bills can’t afford to lose any more meaningful talent — especially before the regular season dance gets started.