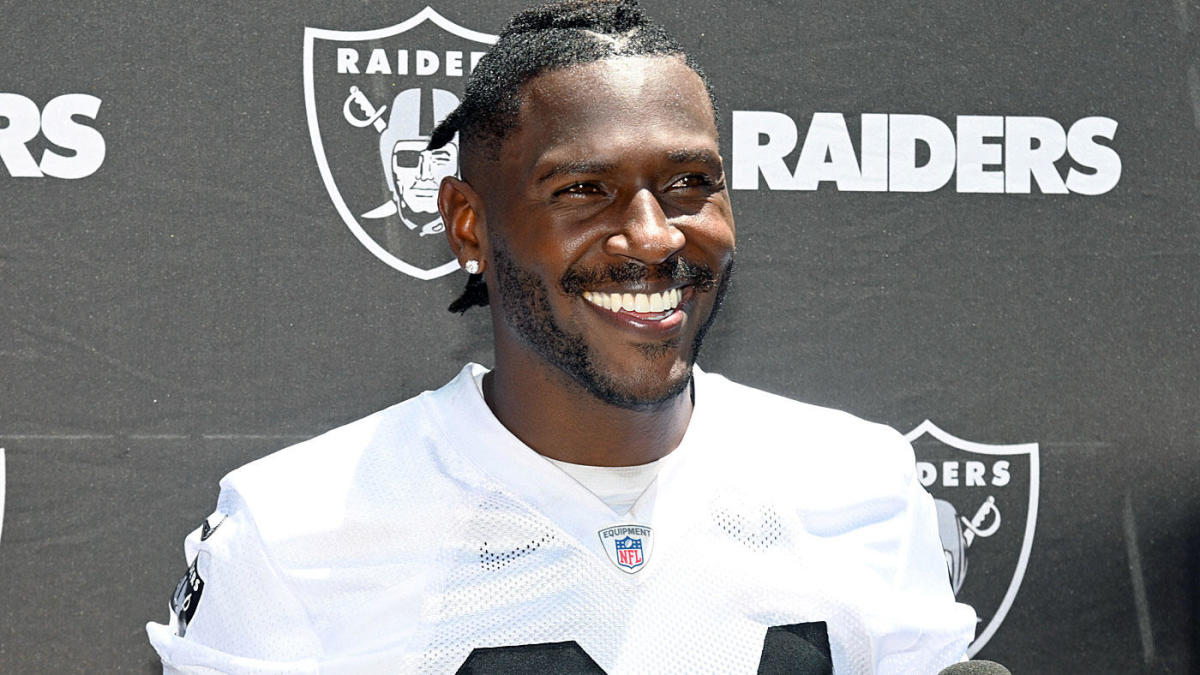 “Where’s Roethlisberger?” was the question one of Antonio Brown’s children asked their father at the start of the new “Hard Knocks” season premiere.

“He plays for the Steelers. Our quarterback’s Derek now,” Brown responded while flashing his trademark smile. “We don’t play with Roethlisberger no more. We play with the Raiders. We play with Derek Carr. That’s my quarterback.”

“He’s over there,” Brown said, pointing downfield. “No. 4. He’s out there practicing.”

Brown’s breakup from Big Ben and the Steelers will apparently be among the main storylines during the first episode of this year’s “Hard Knocks” series from Oakland. Brown, after nine mostly prolific seasons with the Steelers, left Pittsburgh on extremely sour terms during the offseason. One of the biggest reasons Brown wanted to leave was — from his vantage point — a diminished relationship between himself and Roethlisberger, who has thrown him each of his 74 career regular-season touchdown passes.

After requesting a trade, Brown has since landed in Oakland, where he will try to build the same rapport with Carr that he did with Roethlisberger in Pittsburgh.

Another narrative surrounding Brown that will also play out on “Hard Knocks” is the bizarre foot injury that has kept him from participating in the majority of the Raiders’ initial training camp practices. Brown, during the premiere, was asked by one of his sons why he wasn’t running with his teammates at the start the camp.

Brown won’t be the only storyline that will be told on this season’s “Hard Knocks” series. Joining Brown in Oakland is Vontaze Burfict, an often troubled inside linebacker whose career was in peril after he sustained yet another concussion late in the 2018 season. Burfict has also been suspended on numerous occasions for hits deemed illegal by the NFL. His most infamous hit during his time as a Cincinnati Bengal came at Brown’s expense, with Burfict leaving Brown concussed near the end of a 2015 playoff game between the Steelers and Bengals. Burfict’s hit, which resulted in a penalty, helped set up Pittsburgh’s game-winning field goal in the closing seconds.

The series is also expect to spend a considerable amount of time watching Oakland head coach Jon Gruden, who is entering his second season back on an NFL sideline after a 10-year hiatus. Gruden, a Super bowl champion during his time in Tampa Bay, is looking to prove that he can still be a successful coach in today’s NFL.

Ronald Ollie, an undrafted rookie defensive lineman, is also expected to receive some extended air time on “Hard Knocks.” Ollie was one of the main stars during Season 1 of Netflix’s hit show “Last Chance U,” a documentary series that follows the everyday events of junior college football programs. Ollie was one of the main players featured during the series’ first season at East Mississippi Community College, a program that has won five NJCAA national titles since 2011.