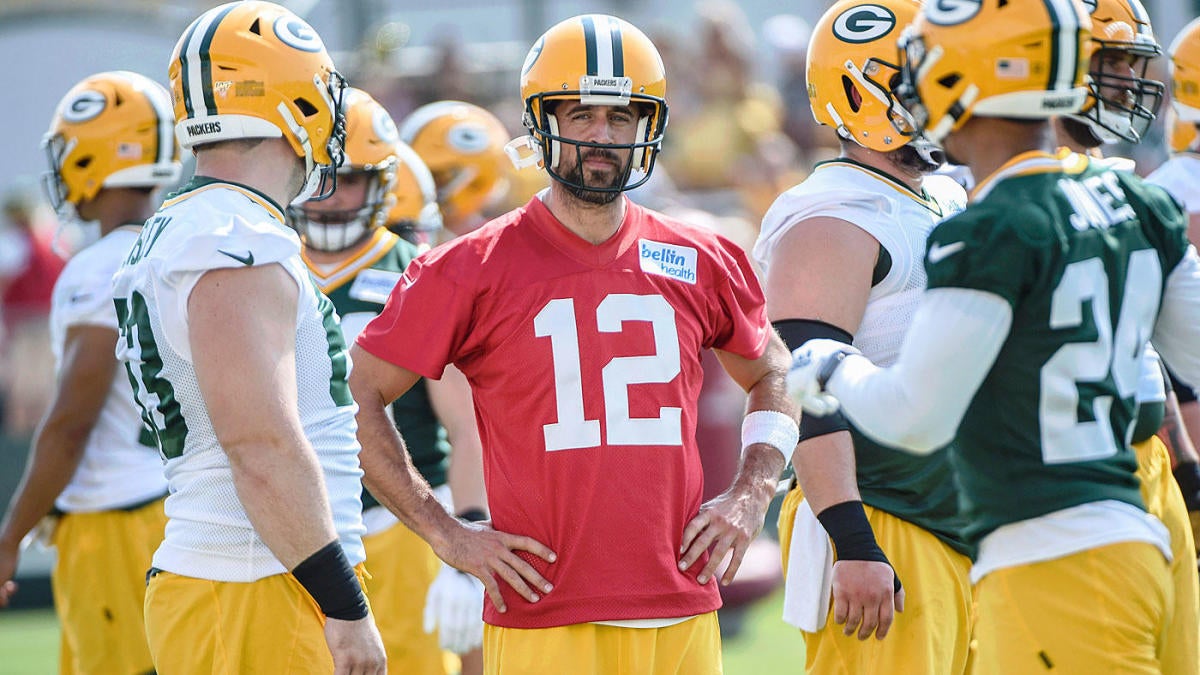 Aaron Rodgers certainly wouldn’t mind if the Green Bay Packers decided not to have joint practices anymore. The Packers and Houston Texans wrapped up an intense joint practice session Tuesday, highlighted by numerous battles between players over the past two days.

Rodgers, who’s 35, would make some changes to the joint practices if he was in charge. If the Packers were to have another joint practice, he would also prefer for the session to be in Green Bay.

“I wouldn’t mind if they didn’t do it for another 14 years,” Rodgers said with a smile, via Packersnews.com. “Look, that’s out of my control. I think the key for all of us here, we know how important training camp to … not only to our fans but our local businesses. Unless we’re going to California, I’d be bummed out if we had to go to another city.

“You bring a team in, I understand the point of it. I don’t think doing live special teams drills are very smart. I think the (NFL)PA is going to look at that, for sure. The kickoff especially is one of the most dangerous plays in football and that’s why they’ve tweaked different things over the years, close to a live kickoff drill I don’t think is best use of a inter-squad practice like that.”

The Packers and Texans joint practice heated up when second-round rookie cornerback Lonnie Johnson Jr. was sent off to the locker room after a big hit on rookie tight end Jace Sternberger. Johnson flexed his muscles after the hit, leading to a scuffle between Packers and Texans players.

“I thought there was no place for that,” said Packers head coach Matt LaFleur, per Aaron Wilson of the Houston Chronicle. “It’s an unfortunate deal, because I was pretty clear with our guys we’re not doing that stuff. I know what I saw out there, and that particular play, that’s not what we want to be about.”

Texans head coach Bill O’Brien was noncommittal of the hit, but it was enough to have Johnson finish practice for the day. Sternberger didn’t mind the hit either, noting that’s part of the intensity of football.

Johnson was held out of practice Tuesday, but O’Brien said he will play Thursday against the packers in the first preseason game. Rodgers attempted just four passes last preseason, but it’s undetermined whether he’ll play Thursday.