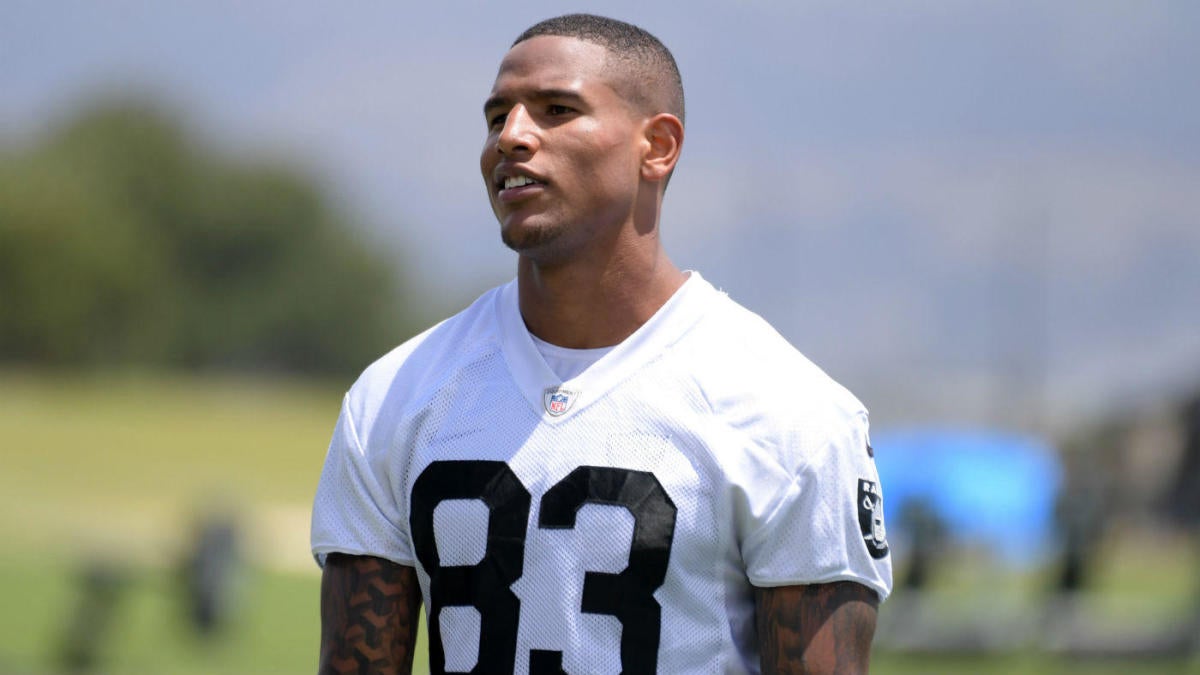 With the additions of Antonio Brown and marquee free agent Tyrell Williams at receiver, Raiders fans might have forgotten about the tight end position.

Gone is Jared Cook, easily the team’s most consistent pass catcher in 2018, but for as much as Oakland’s pass game will be much more receiver-centric this season than it was last year, the tight end spot can’t be completely ignored.

The Raiders’ tight end room isn’t exactly rife with Pro Bowlers, but this group’s collective obscurity makes it intriguing in a way. Is a dark horse ready to break out?

Waller has drawn positive reviews from many at Raiders camp this summer as a receiver, with the most complimentary opinion coming from Ted Nguyen of The Athletic who referred to him as “unguardable.”

The strange thing about the thought of Waller as an unguardable receiver is he simply hasn’t been one in the NFL. He has just 18 receptions for 178 yards across 22 games in three pro seasons to date.

So if he’s barely moved the needle in the pros, is there at least some receiving upside based on his college days or his athleticism? Sure. At 6-foot-6 and 238 pounds, Waller ran 4.46 with a 37-inch vertical and an impressive 7.07 time in the three-cone drill at the combine in 2015. However, in terms of collegiate production, the Georgia Tech alum falls short of requisite figures. In his final season with the Yellow Jackets, he accounted for a lowly 22.3 percent of the team’s receiving yardage. Anything above 30 percent is good.

Waller was converted to tight end in his second NFL season while with the Ravens, the club that drafted him in the sixth round of the 2015 draft. He’s now listed at 255 pounds.

The camp reports are encouraging but shouldn’t be viewed as indicators that a pass catcher with 18 career snags through three seasons is suddenly going to erupt in Year 4 in an offense with Brown and Williams out wide. However, Waller should begin the season as the team’s No. 1 tight end, and his opportunity should lead to decent contributions.

A fifth-round choice by the athleticism-adoring Seahawks in the 2013 Draft, Willson showcased his explosiveness on a few occasions during his five-year stay in Seattle, including an 80-yard touchdown in his second season.

The flashes were impressive enough that he signed a second contract with Pete Carroll’s club — a one-year pact — before the 2017 campaign and actually turned 15 catches into four scores that year.

But Seattle let him hit the free-agent market in 2018, and Willson signed with the Lions. He went on to have 13 receptions for 87 yards on the year but didn’t find the end zone.

Theoretically, because of Willson’s physical abilities, there’s still a glimmer of upside to his game. But at 29 with 22 catches his career high in a season, we shouldn’t expect much from the former Rice Owl.

The definition of a journeyman, the 29-year-old Carrier has been on five teams in seven years in the league. He’s registered 43 receptions for 394 yards with two touchdowns in 66 career games. His best season came in 2015 in Washington when he caught 17 passes for 141 yards with one score.

At 6-4 and 244 pounds with adequate-at-best blocking skills, Carrier doesn’t possess any standout ability and has carved a niche as a deep depth tight end.

He was on the field for 22.2 percent of Oakland’s offensive snaps in 2018 and recorded seven catches for 67 yards with one touchdown. Carrier doesn’t seem like a lock for the final roster.

In what’s largely a very underwhelming collection of tight ends, Moreau represents the most promise. A fourth-round selection by Mike Mayock, Jon Gruden and Co. in the 2019 Draft, the former LSU standout was my No. 167 overall prospect and No. 6 tight end in his class.

Before the draft, I compared him to Colts tight end Jack Doyle. Here’s what I wrote about Moreau:

Moreau doesn’t wow in any way. He gets the job done as a blocker in most scenarios without totally dominating and has plus athleticism to win down the field and after the catch as a reliable receiver. Sound like anyone? Doyle is one of the most inconspicuous tight ends in the game, yet when healthy, he’s been an awesome security blanket underneath for Andrew Luck. Moreau provides a bit more juice as an athlete. Doyle’s a little bigger.

Speaking of that athleticism, Moreau had one of the most underrated combine workouts. At 6-4 and 253 pounds, he had a 40-yard dash, vertical jump, broad jump, and 20-yard shuttle all above the 75th percentile among tight ends who’ve worked out at the combine over the past 20 years.

Besides his receiving capabilities, Moreau’s blocking chops should put him in Gruden’s good graces early in his career. At LSU he was asked to block in space as an H-back relatively often and held his own.

He has a few veterans to jump, but Moreau’s inherent athleticism and reliability in multiple phases of playing his position should lead to him ascending the depth chart as the season progresses and contributing in the short-to-intermediate ranges of the field as a rookie.