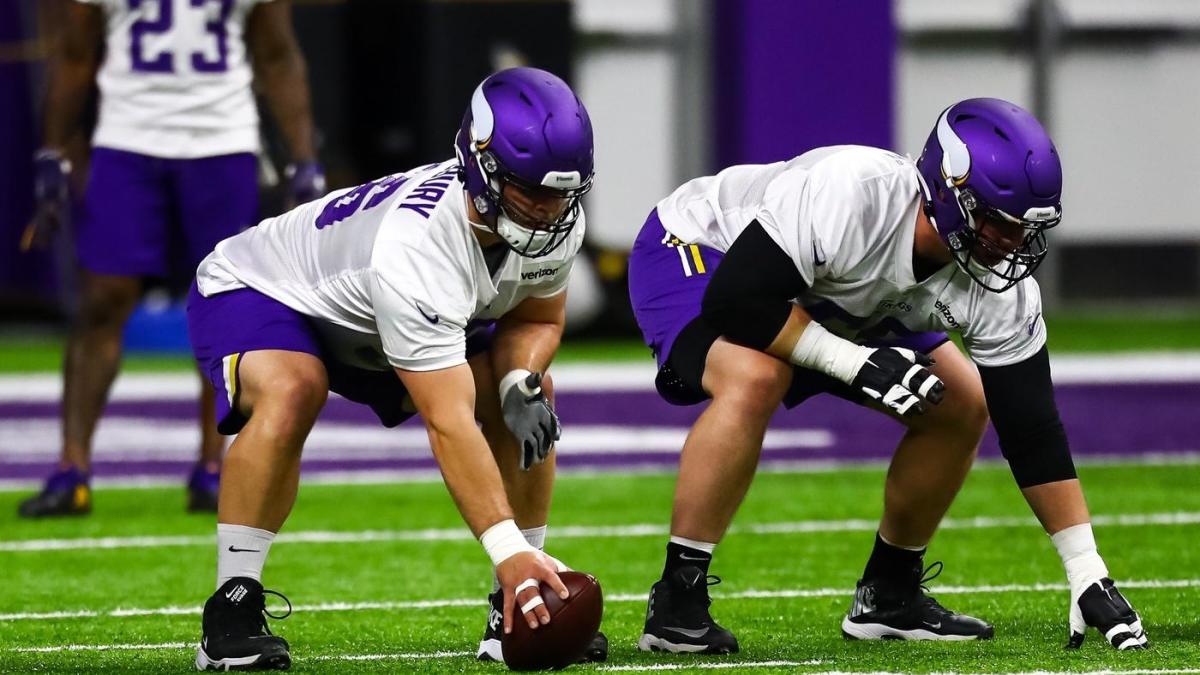 Plenty of factors played a role in the Minnesota Vikings failing to reach the playoffs last season, one year after the team finished 12-4 and played in the NFC Championship Game. The Vikings still had one of the most talented rosters in the NFL, but failed to address the offensive line in an offseason capped by signing Kirk Cousins to a three-year, $84 million deal (all of which was guaranteed).

Cousins took much of the blame for the Vikings’ offensive woes despite completing a career-high 70.1 percent of his passes for 4,298 yards with 30 touchdowns and 10 interceptions for a 99.7 passer rating. Minnesota went 1-6 against playoff teams, which led to the 8-7-1 record and the missed opportunity to reach the playoffs despite needing a win against the Chicago Bears in the finale to clinch the sixth and final playoff spot in the NFC.

The Vikings’ offensive line was the team’s Achilles heel throughout the 2018 season, which struggled after the death of offensive line coach Tony Sparano just two days before the season. Minnesota started eight offensive linemen at least two games in 2018, failing to receive any continuity with the unit.

The Vikings allowed 40 sacks in 2018, which was tied for 15th in the NFL (increased from 27 the year prior). Minnesota struggled to find a consistent ground game, having just five 100-yard rush games in 2018 compared to 13 the year prior. The Vikings finished 30th in the NFL in rushing, way down from seventh the year before.

In addition to drafting Bradbury, the Vikings selected guard Dru Samia in the fourth round and tackle Oli Udoh in the sixth round. The Vikings took strides to fix their depth issues on the offensive line, but the starting lineup on Week 1 should be interesting, as head coach Mike Zimmer is looking to bring the “nasty” back into this revamped unit.

The Vikings will stick with Riley Reiff at left tackle for the third consecutive season. Reiff has started 97 games for the Lions and Vikings since being a first-round pick in the 2012 draft. He allowed 42 pressures and three sacks in 541 pass-blocking snaps in 2018, playing just 13 games after missing three with a foot injury. The Vikings considered moving Reiff to guard in the offseason before bulking up the interior of the offensive line with the additions of Kline and Dozier in free agency and the selection of Samia in the draft.

How short will Reiff’s leash be this time around? Aviante Collins is the team’s swing tackle, but he missed all of last season with a torn right bicep. This training camp hasn’t been any better for Collins as he suffered a leg injury in practice last week. Rashod Hill could be an option if Reiff struggles, but the team is hoping Udoh develops over the course of his rookie season. Throwing him into the fire isn’t the most ideal option.

Basically the Vikings are stuck with Reiff.

The Vikings had never taken a center in the first round heading into this year’s draft but bucked that trend by picking Bradbury with the 18th overall selection. Bradbury was regarded as one of the best interior linemen in the draft and immediately improves the center position from Day 1. The Rimington Trophy winner in 2018 (given to the nation’s best center), Bradbury solidifies the center position of the Vikings’ offensive line, allowing them to improve in two positions as 2018 starter Pat Elflein moves over to his natural position at guard.

Jones is expected to be the backup center to Bradbury and is the logical replacement if Bradbury were to suffer an injury. Bradbury allowed two sacks and 13 total pressures at N.C. State last season.

Josh Kline is the free agent acquisition the Vikings needed to beef up the interior of their offensive line, starting 46 straight games for the Tennessee Titans from 2016 to 2018. Kline played all 975 snaps at right guard in 2018, allowing four sacks and 38 pressures in a down season for the Titans. The Vikings are banking on Kline to return to his 2017 level of play, when he allowed one sack and 19 pressures in 587 pass-blocking snaps.

Samia has turned some heads early in camp and is competing for the backup guard job behind Kline. Dozier also has experience at right guard. The interior of the Vikings’ offensive line is better and has more depth, and if things click the Vikings should have more rushing success between the tackles.

The Vikings are banking on the improvement of Brian O’Neill Year 2 after he was one of the best rookie offensive linemen in the league last year. O’Neill was thrust into action thanks to injuries and didn’t allow a sack in 11 games started at the position. O’Neill allowed just eight quarterback hits and 31 pressures in 531 pass-blocking snaps.

O’Neill moves well on the edge, which makes him a natural fit at tackle. The right side of the offensive line will be the Vikings’ strength, with O’Neill having the right tackle position locked down as Minnesota hopes he solidifies himself as one of the best right tackles in the game.

Rashod Hill is the top candidate for swing tackle, looking for more playing time if O’Neill would suffer an injury or takes a step back. Losing O’Neill would be a huge blow for the Vikings.