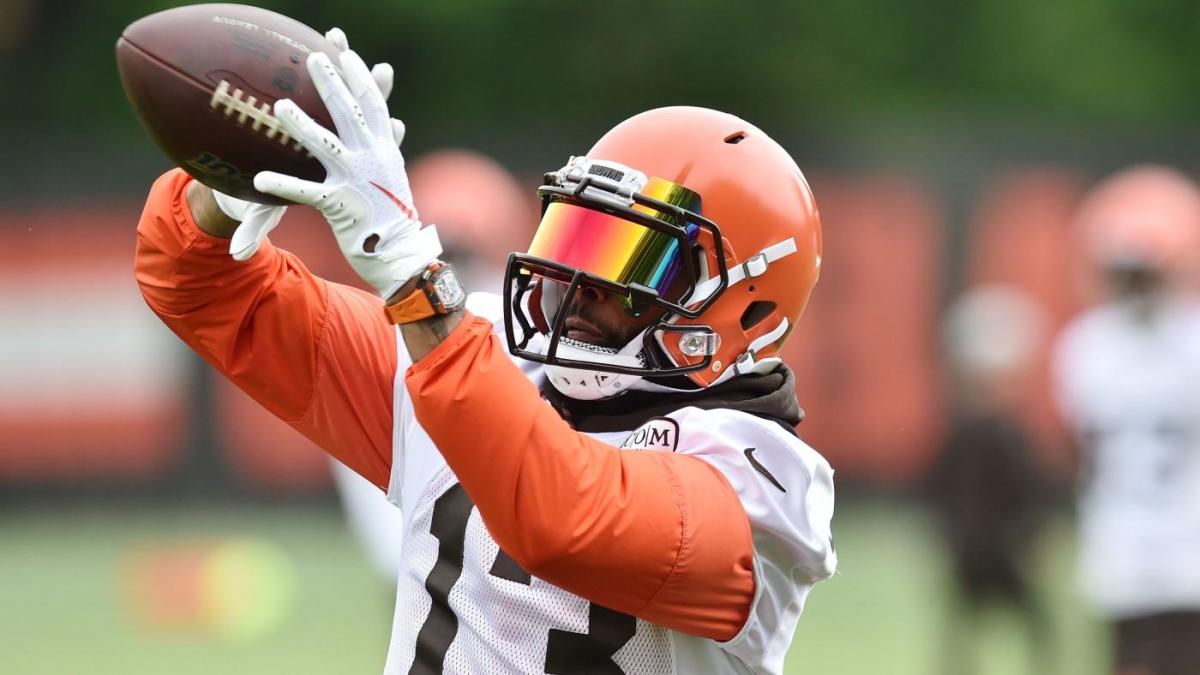 It’s safe to say that expectations are very high for the Cleveland Browns this season.

After the franchise traded for star wide receiver Odell Beckham Jr., fans got very excited about the upcoming season. Beckham knows this, so over the weekend when he noticed a fan’s custom vanity license plate read “OBJ JR 13,” he felt compelled to sign it.

The fan was screaming at Beckham to sign the plate and the Browns wideout pulled over and did just that.

It wasn’t hard to see that this was a huge Browns fan as the team’s logo was also on the custom license plate. It was a pretty amazing sight to see Beckham take the time to sign the plate and take photos with the fans.

The Browns haven’t exactly been regarded as one of the NFL‘s more talented teams in recent years. In fact, Cleveland hasn’t been to the postseason since the 2002 season, when they lost to the Pittsburgh Steelers in the wild-card round.

However, the Browns are coming off a 7-8-1 season in which quarterback Baker Mayfield gave fans a reason to get excited. The front office followed that up with a big offseason in which the team landed Beckham and Olivier Vernon in a trade with the New York Giants while also signing running back Kareem Hunt to pair with Nick Chubb.

Cleveland is definitely getting behind this very talented team that could return to the playoffs if Beckham gels with Mayfield like many expect.