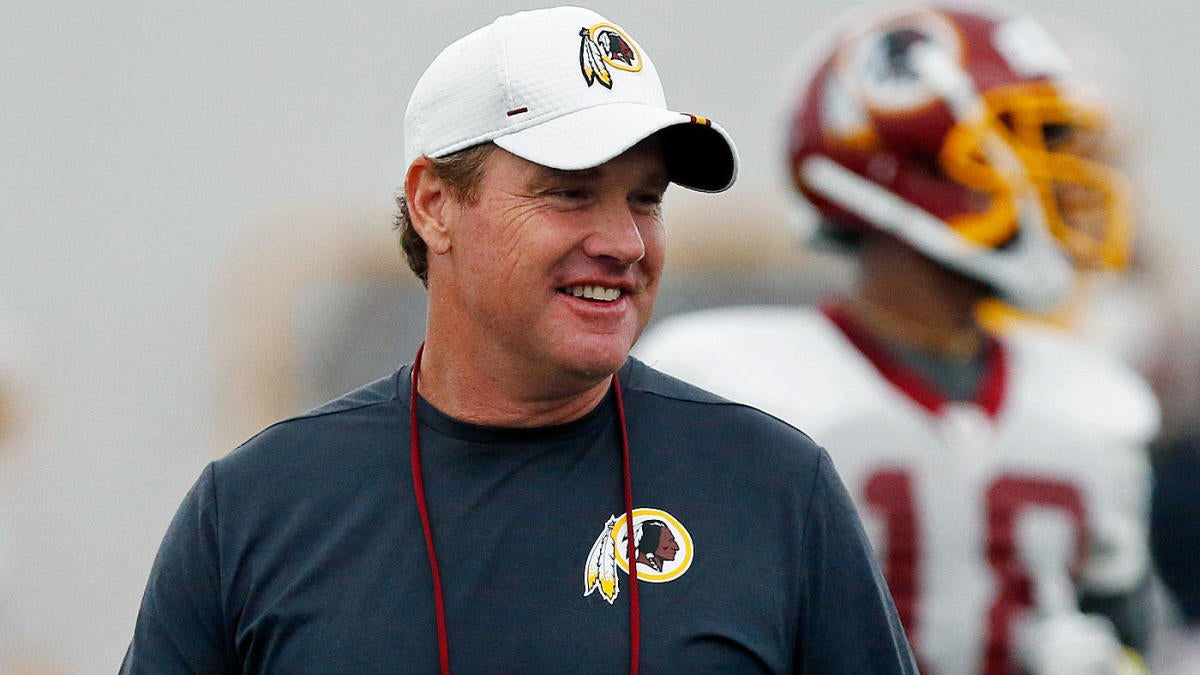 The NFL season is starting in a few short weeks, which means every single NFL team is chockfull of optimism, expecting to produce a potential Super Bowl winning season. The reality is only one team can win, and multiple teams will lose.

Somehow the NFL manages to fire almost a quarter of the coaches every year, which means there are people on the hot seat every single year.

This is not a list of “who should be fired.” Please don’t confuse it with that. It’s a list of people who have warm seats because of their situations. I’m not saying these coaches will have a bad year, nor do I believe these are bad coaches. The NFL is just a harsh business, and the margins are thin.

The goal here was to try and identify not people who I think will be bad this year, but people who will be in trouble if they are bad. Think about it like this: if the team below goes 7-9, how willing would ownership be to make a change when it comes to the coaching staff? That’s the very rough guideline for this exercise.

We broke down each candidate in greater detail on the Pick Six Podcast, which you can listen to below. If you like what you hear, go ahead and hit that subscribe button on your podcast app of choice!

When the Jags cratered to 5-11 last year, it was somewhat surprising that the front office/coaching core remained intact. So much of the blame for last season was dropped on the quarterback (Blake Bortles), and his replacement (Nick Foles) will have plenty of pressure in 2019. The defense also has to return to its AFC Championship Game form if the Jaguars want to make a leap up in the AFC South standings. Going 9-7 or better would almost ensure Marrone’s safety, but it’s easy to imagine the reset button being pressed in Jacksonville if this team goes out and finishes 7-9 or worse.

Maybe Gruden should be No. 1 on this list? His seat doesn’t even feel hot because the younger Gruden departing Washington feels like a fait accompli. Gruden flat-out said he expects to be fired if he misses the playoffs, and it’s kind of hard to imagine the Redskins actually making the playoffs. The quarterback depth chart is Colt McCoy, Case Keenum and rookie Dwayne Haskins, who almost certainly will be forced into the lineup earlier than necessary at the owner’s behest. There is a lot of talent on defense, including the splashy signing of Landon Collins and a bunch of very underrated pass rushers up front. But there is a dearth of pass catchers on offense; rookies Kelvin Harmon and Terry McLaurin could conceivably end up at the top of the depth chart going into the season. If Gruden goes 9-7 with this roster, he should earn serious Coach of the Year consideration in my mind.

The Falcons basically fired everyone on the coaching staff after a disappointing 7-9 season. It is well known that Arthur Blank was not happy with hosting the Super Bowl in Atlanta after a losing year for his football team. The Falcons were so close to winning a Super Bowl two years ago, and since then the defense hasn’t developed into the top tier unit many expected. There shouldn’t be any questions about the offense — Matt Ryan, Julio Jones, Calvin Ridley and Devonta Freeman can put up huge numbers — but Steve Sarkisian was still shown the door and replaced by Dirk Koetter. Quinn will be calling the defensive plays, so there’s plenty of pressure on him. If the Falcons make the playoffs, this isn’t an issue, but a second straight 7-9 season could very well result in blowing things up.

This feels like a major inflection point for Garrett and the Cowboys. Fresh off a division title and a home playoff victory, Garrett was slated to get a contract extension and got … nothing? Scott Linehan was replaced by Kellen Moore. Dak Prescott, Ezekiel Elliott and Amari Cooper are all potentially getting new contracts. It feels like Dallas might have its best shot at making a deep playoff run in a while thanks to those offensive stars and a bunch of talented defensive players like DeMarcus Lawrence, Leighton Vander Esch and Jaylon Smith. If the Cowboys were to go 7-9 it is not difficult to imagine Jerry Jones hitting the panic button, axing Garrett and trying to go lure some big fish like Oklahoma’s Lincoln Riley.

This is an example of where things get a little tricky, because I don’t know that 7-9 definitely gets Shurmur fired. I do, however, think that if the Giants go 7-9 and Daniel Jones is forced to play a bunch of snaps and doesn’t look good, that you could see a situation where Dave Gettleman gets pressured and as a result Shurmur becomes the scapegoat. Or maybe the Eli Manning situation becomes a nightmare like it did a few years ago when Ben McAdoo was axed. The Giants could also go 5-11 again — they’ve only been above .500 once in the last six seasons — and it could result in ownership wanting to try and reboot things again. My sense is the Giants would love to avoid making a third coaching change in four years. That’s the sort of dysfunction they expect to see from their green neighbors. But if this season is another nightmare, nothing is off the table.

When he signed a six-year deal with the 49ers, Shanahan was one of the most secure coaches in all of football. But things change quickly in the NFL and after going a combined 10-22 in his first two seasons, there’s a little bit more pressure on Shanahan these days. Jimmy Garoppolo tore his ACL last season, giving the 49ers an excuse for only winning four games, and Shanahan got pretty good results out of Nick Mullens and a monster year out of George Kittle. 7-9 isn’t likely a fireable offense here either, what with the status of Shanahan’s contract. But the 49ers have invested heavily on both sides of the ball — if the defensive line isn’t a strength this year, it’s going to reflect poorly on the coaching staff and the front office, and someone may have to pay the piper. Likewise, getting a full, healthy, good season out of Jimmy G is paramount for the offense.

One of the longest-tenured coaches in the NFL, Rivera isn’t here because he’s done a bad job. Rather, this is simply a big year for the Panthers. David Tepper’s heading into his second season, and expectations are high. He’s made it clear that everyone will/could be evaluated. If Cam Newton doesn’t stay healthy again, the Panthers could struggle to be productive on offense. There were a bunch of investments into the defensive line via free agency (Gerald McCoy, Bruce Irvin) and the draft (Brian Burns). Rivera is going to be calling plays with this hybrid defense, so there will be a lot of pressure on him to get Carolina’s D back to being a top-tier unit. With Tepper talking about building a new stadium and other changes occurring in Carolina, it’s possible a down season results in changes in Charlotte. The Panthers went 1-7 after starting 6-2 last year. A slow start will only crank up the pressure.

Patricia did not come out of the gates scorching hot, going 6-10 in his first season with the Lions, a record exacerbated by Jim Caldwell being fired after going 9-7 in back-to-back seasons before Patricia arrived. Issues in Patricia’s past were brought up before his first season ever began, and it’s clear there are some tensions between the organization and the local media members. If that wasn’t obvious, Patricia calling someone out for being sloppy should have been made it more obvious. Matthew Stafford struggled badly down the stretch last year, but apparently he was playing with a broken back. The Lions invested in another first-round tight end in T.J. Hockenson and appear poised to run the heck out of the ball with Kerryon Johnson. I don’t know that 7-9 would get Patricia canned, but I do think that 7-9 would cause a lot of people to look at the Lions and wonder if Patricia is the guy. Being tight with GM Bob Quinn could push any actual action out another year, but there will be heat on Patricia if the Lions are bad this year.

Minnesota picked up Zimmer’s option for 2020, so this isn’t a lame duck season or a contract year situation. But Zimmer knows he’s being doubted right now and understands this could be a “make or break year” (and apparently enjoys it greatly). The problem for Zimmer is that he’s coming off a year where he missed the playoffs, fired his offensive coordinator and perhaps didn’t get the most out of $84 million man Kirk Cousins with the Vikings offense. Things are retooled, Gary Kubiak is in town to help, they invested a first-round pick in an offensive lineman (center Garrett Bradbury) and while expectations have cooled, certainly there is a belief in Minnesota that this team can make a run. Zimmer has only gone below .500 one time in his career with the Vikings — his first season — so a 7-9 year for the Vikes would be borderline shocking. It would also almost certainly result in lots of questions about his future with the team, even if it didn’t directly guarantee any change being made.

You don’t typically see first-year head coaches on this list, but there’s obviously a lot of pressure in Arizona right now after a disastrous season that resulted in Steve Wilks being fired after just one year. Going back-to-back would be stunning, but we saw the 49ers do it in the division pretty recently. Plus, consider all that’s happened here: Steve Keim drafted Josh Rosen, then traded him, then drafted Kyler Murray to fit Kingsbury’s system. If that system and that offense don’t produce big numbers this year, there’s absolutely reason to believe that ownership could completely reboot things. Going 7-9 would be a pretty big improvement considering what Arizona did last year, and it would also mean that Kyler was probably pretty successful in Kingsbury’s offense. So we’d need a much worse record and a really bad performance overall for this reboot to happen, but it shouldn’t be ignored.