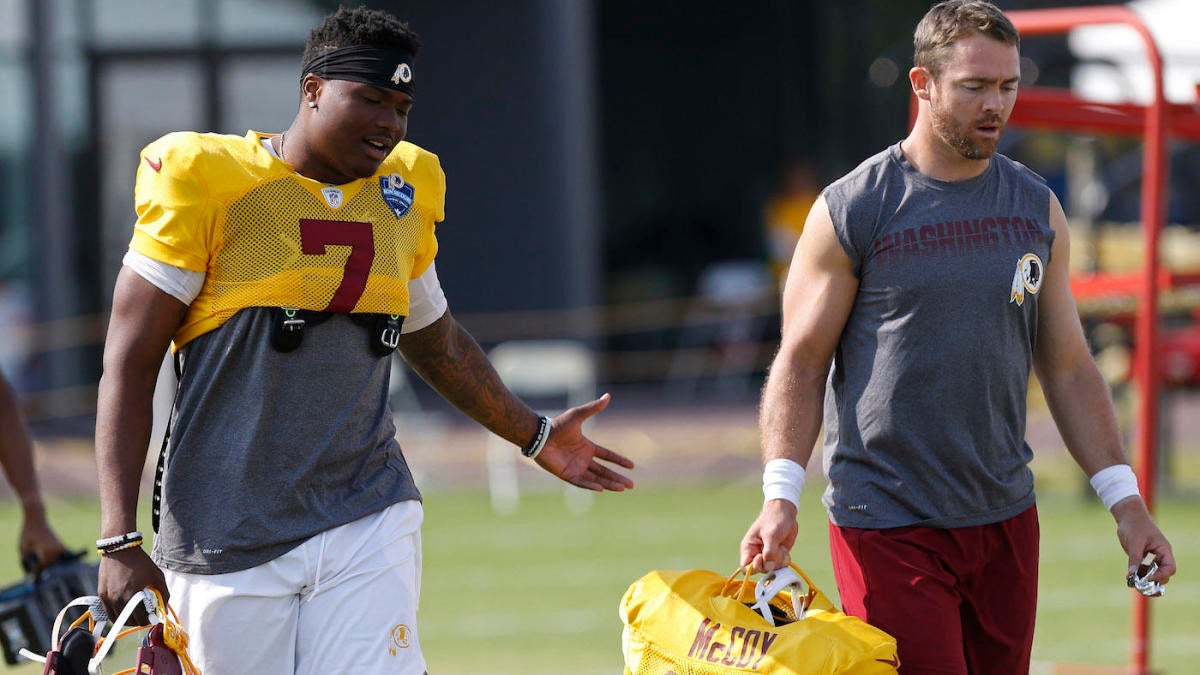 If Jay Gruden had it his way, the Washington Redskins head coach wouldn’t have released a depth chart prior to Thursday’s preseason opener against the Cleveland Browns. The Redskins released their unofficial depth chart Sunday with Colt McCoy listed as the No. 1 quarterback and first-round pick Dwayne Haskins as the No. 3 quarterback.

Gruden downplayed the entire depth chart when asked what factored into his decision to make McCoy the starter heading into Week 1 of the preseason.

“It’s early and I was forced to make it,” Gruden said to the media prior to Monday’s training camp practice. “I wouldn’t have made a depth chart right now. There’s no reason to, it’s silly. But that’s for the media and for me to come up and answer these questions.

The Redskins continue to have quarterback battle between McCoy and Haskins as the regular season opener against the Philadelphia Eagles is just over five weeks away. The preseason will determine who the starting quarterback for the Redskins come Sept. 8, not a week and a half of camp.

Even if McCoy does manage to beat out Haskins, that isn’t a slap in Haskins’ development nor is it an indicator McCoy would start all 16 games. McCoy is 7-20 as a starter, completing 60.5 percent of his passes for 5,058 yards, 29 touchdowns, 26 interceptions and a 78.9 passer rating. Despite being just 1-5 as a starter with the Redskins, McCoy has played well in Gruden’s system, completing 68.4 percent of his passes for 1,557 yards, eight touchdowns and six interceptions for a 93.6 passer rating.

McCoy’s experience could give him the starting quarterback job for Week 1 as the Redskins look to ease Haskins into action, but Washington won’t be afraid to give the keys to Haskins if he stands out this preseason.