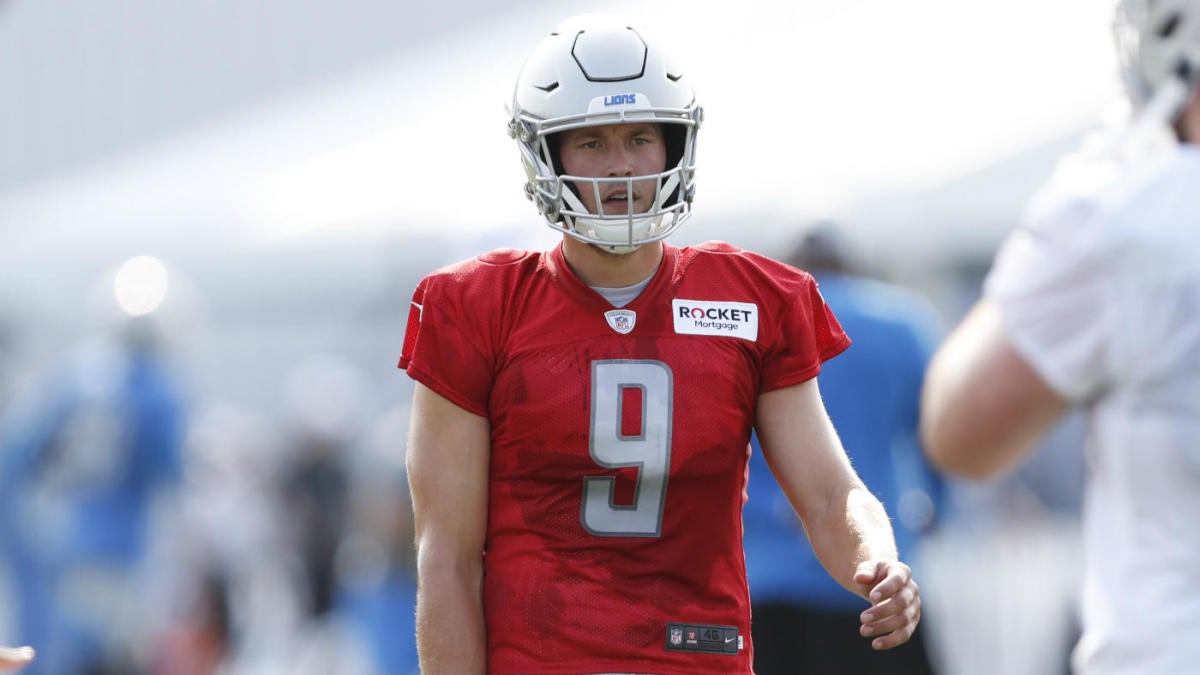 DETROIT — The Detroit Lions were committed to the run in 2018. Far too committed to the run. And shockingly predictable on first down. All with a $30 million quarterback. That offense, led by deposed coordinator Jim Bob Cooter under rookie head coach Matt Patricia, had people in the analytics community bewildered, confused and at wits end with how formulaic the approach was, and privately, the Lions are well aware.

Their self-scouting revealed similarly toxic conclusions, I’m told, and within the confines of the team facility, vows are being made to reverse course in 2019. Now, don’t get that confused with not continuing to emphasize the run (if anything, they prove to still be leaning on that avenue more than the prevailing trends would dictate), but I left this training camp having taken the pulse of enough people in charge to anticipate a more robust passing attack on first down, more effort being made to get pass catchers established early in games and running more of the offense through quarterback Matthew Stafford with Darrell Bevell now his coordinator.

“There are definitely some differences between where we were last year and what Darrell is doing for us this year,” coach Matt Patricia said, “and I think that will be pretty apparent. It’s really an offense that is growing, and it’s not Matt Stafford’s offense, it’s the Detroit Lions’ offense, and we don’t know exactly what it’s going to look like yet. It’s going to be whatever helps us win and that could be different each week

I asked Patricia about the growing sentiment in some corridors of NFL teams that first down is increasingly becoming a throwing down, and a prime opportunity to attack secondaries. He blanched a bit at going quite that far, but this staff is clearly making an effort to do some things differently early in games on early downs, where it bogged down repeatedly a year ago.

“I definitely would agree from the standpoint that a lot more offense are tying in to the player specifically (in those early-down situations),” Patricia said. “I think people are understanding that it’s not necessarily a play call or a scheme, but it’s the individual player we have to be conscious of being out there. So offenses a lot of the time are just trying to get positive plays and trying to get the thing moving and trying to stay out of bad situations, and it also has to do a lot with especially early in the game — trying to get the ball to your best players early.

“I think we all have learned that if you can engage them early in the game they tend to play better through the course of the game, as opposed to the old philosophy of, ‘Hey, wait your turn and when it’s your turn just make sure you make the play.'”

With Stafford among the highest-paid players in the league since he arrived as a bonus-baby first-overall pick under the old collective bargaining agreement, and with him at a point in his contract with a $30 million cap hit, there is pressure to get the production turned around. The Lions reached the playoffs under former coach Jim Caldwell with an aggressive passing attack; a nudge at least somewhat back in that direction may be imperative.

The Lions made a huge free-agent splash by signing pass rusher Trey Flowers away from their former team in New England, but he has not yet been able to get on the field. Flowers entered camp on the physically unable to perform list with a shoulder problem, and while no one here seems overly concerned about it limiting him when it counts, Patricia did not have a date circled for his return.

“It’s got to be day-by-day with him,” Patricia said. “He is very in tune with his body and I’ve known Trey for a long time, and I trust him implicitly. He is probably in the best cardiovascular shape of anybody out there.”

On that note, I wish I could have gotten a look at what this defensive line will look like in the regular season, because there are some really interesting pieces here, and Patricia can strut his stuff with these chess pieces. Mike Daniels reached out to the Lions after being cut by the Packers and really wanted to be here. The Lions think he has plenty more sacks in him, and I agree. Flowers should be an impact guy, and once Damon Harrison and Darius Kilgo are off the non-football injury list, watch out.

“I’m excited to get all of those guys out there,” Patricia said. “The defense, and in particular the front, I think there have been some great additions to our group and the guys really enjoy playing together.”

For the Lions’ sake, they certainly hope to see that full unit on the field together sooner rather than later.

Less acrimony with media in Year 2?

There has been a noticeable thawing out between Patricia and the local media. Knives were already out, all around, by last July when I parachuted in for camp. Things got off to a rough start, the coach didn’t endear himself, players were grumbling about practices being too tough, and things only got worse through the season, with the “posture” exchange he had with one reporting going viral.

He and the organization made an effort to connect on a more human level with many people around the team from the sound of it, and for what it’s worth I could detect an immediate change in the vibe in the press conference room and with the tenor of the interactions. Might not mean much in the grand scheme if the season skids, but you could tell some effort had been made and there was a détente of sorts. Regardless, it can’t hurt.