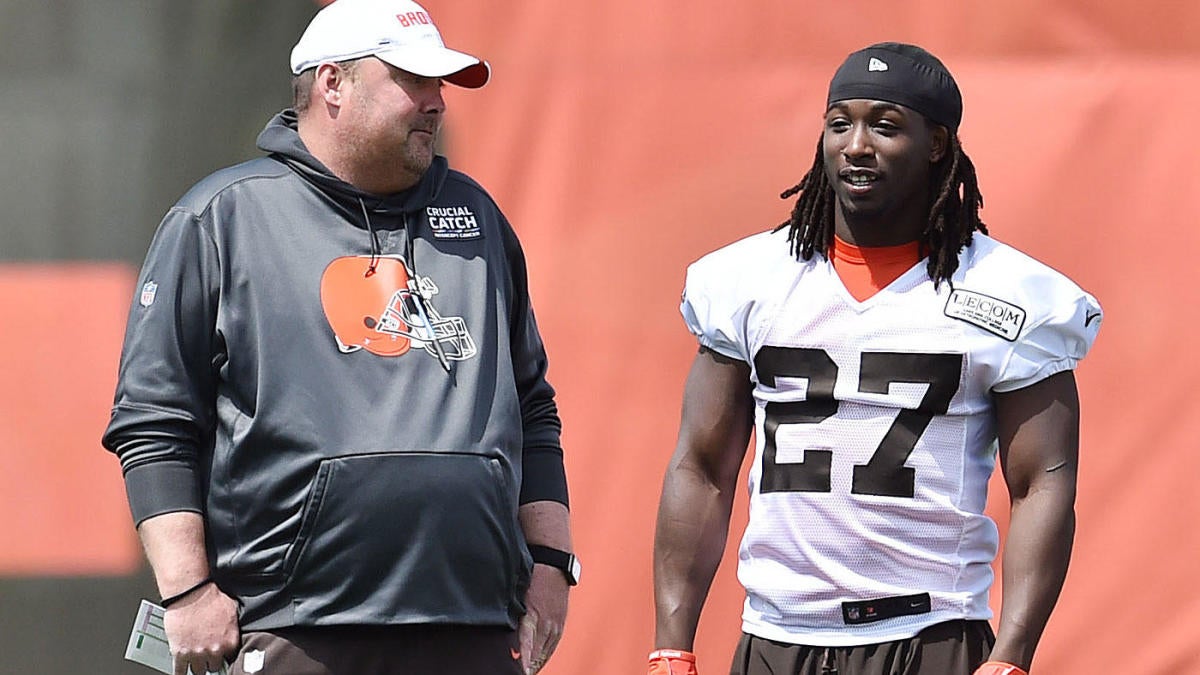 Kareem Hunt addressed the latest incident involving the controversial running back. Hunt, suspended from the NFL for eight games for various off-field incidents, was involved in a “small argument” with a friend outside a Cleveland bar in June, but was neither arrested nor detained.

Per TMZ Sports, Hunt was involved in a physical altercation with another man before the cops came over to question him. The witness wasn’t sure if it was a “real fight” or if he was horsing around with a friend.

The Cleveland Browns sat down with Hunt last month and didn’t appear concerned further suspension would be coming. General manager John Dorsey said Hunt was on a “zero-tolerance policy.” Hunt was not cited for the incident and no police report was filed.

Here’s Hunt talking to the media on Monday, per Mary Kay Cabot of Cleveland.com:

“I’m definitely always going to have work to do,” Hunt said after the conclusion of Browns‘ practice. “Since I stepped in the building I have work to do. I’m just going to keep, you know, staying in my lane doing whatever it takes to, you know, take my game to the next level and stay out of trouble.”

Hunt was suspended eight games in the NFL as a result of two separate off-field incidents: a fight in a Kansas City bar in January of 2018 where he was accused of being part of a group of people who assaulted a man; and an incident where he was caught on video pushing and kicking a woman during a February 2018 altercation that occurred in the hallway outside his hotel apartment in Cleveland. Hunt was also fined by the league for an altercation with a man in June of 2018 in the Lake Erie island town of Put-in-Bay, Ohio.

Since joining Cleveland, Hunt has taken part in anger and alcohol management courses. He has also been active in the community, making appearances at local schools urging students to avoid the same mistakes he has made throughout his brief NFL career.

Hunt will be on placed on the reserve/suspended list on August 31 but can participate in training camp and preseason with the Browns. Hunt sat out the Browns’ first week of practice with a groin injury, but was activated from the non-football injury list Saturday.