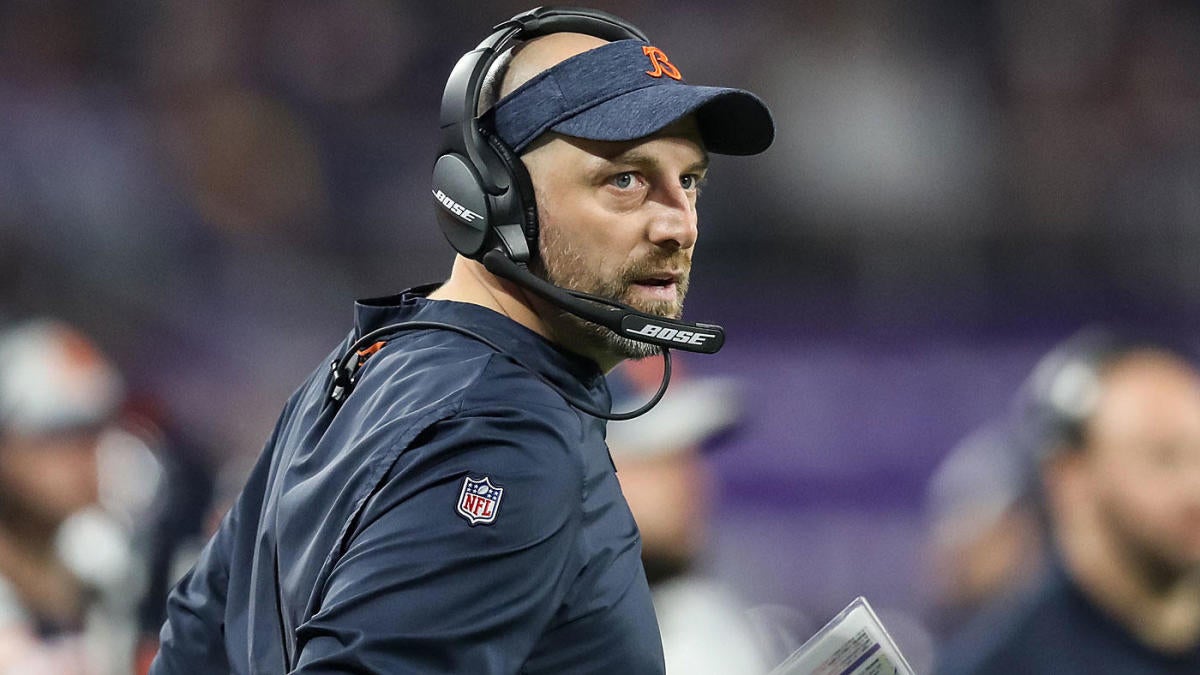 Matt Nagy may not be Tom Brady or Drew Brees, but the 41-year-old coach can still throw a pretty good ball.

Nagy, the Chicago Bears head coach and former professional quarterback, threw an impressive pass to Bears wideout Anthony Miller — who was being guarded by cornerback Prince Amukamara — during Monday’s practice.

Nagy then enjoyed a successful run in the Arena Football League, spending two seasons with the New York Dragons before signing with the Carolina Cobras in 2004. Nagy then enjoyed a two-year stint with the Georgia Force, leading them to an appearance in ArenaBowl XIX. In 2007, Nagy signed with the Columbus Destroyers, his fourth and final AFL team. In his first year in Columbus, Nagy spearheaded the Destroyers’ surprise run to ArenaBowl XXI, where the underdog Destroyers were defeated by the San Jose SaberCats.

While his NFL experience as a player was short (an Eagles coaching intern in 2009, Andy Reid tried to active Nagy during the preseason, an attempt that was blocked by the NFL), Nagy has enjoyed a long and prosperous coaching career in the NFL ranks. After spending five seasons in Philadelphia under Reid, Nagy followed Reid to Kansas City while serving as the Chiefs‘ quarterbacks coach from 2013-15 and offensive coordinator from 2016-17. With Nagy’s assistance, Kansas City went 53-27 over that span while capturing a pair of AFC West division titles.

Nagy’s success in Kansas City led to him becoming Chicago’s new head coach during the 2017 offseason. In his first season in Chicago, Nagy guided the Bears to a 12-4 record, a seven-win improvement from the previous season. Ironically, Nagy’s rookie season as an NFL head coach ended against his first NFL team, as the Bears fell to the defending champion Eagles in the NFC wild card round.

Despite last year’s bitter finish, the city of Chicago is optimistic with regard to the Bears championship odds heading into the 2019 regular season. While the defense is anchored by All-Pro linebacker Khalil Mack, Chicago’s offense continues to be led by Pro Bowl quarterback Mitch Trubisky. And while he is hoping that his young quarterback takes another step towards becoming an elite pro quarterback in his third NFL season, Nagy said on Monday that he is not putting Trubisky under the microscope.

“When you do that, you’re going to beat your head into the ground,” Nagy said, per the team’s official website. “You can’t do that. We have a big picture. There’s going to be some balls in here; there’s interceptions. I said it last year. We don’t get frustrated over that.”