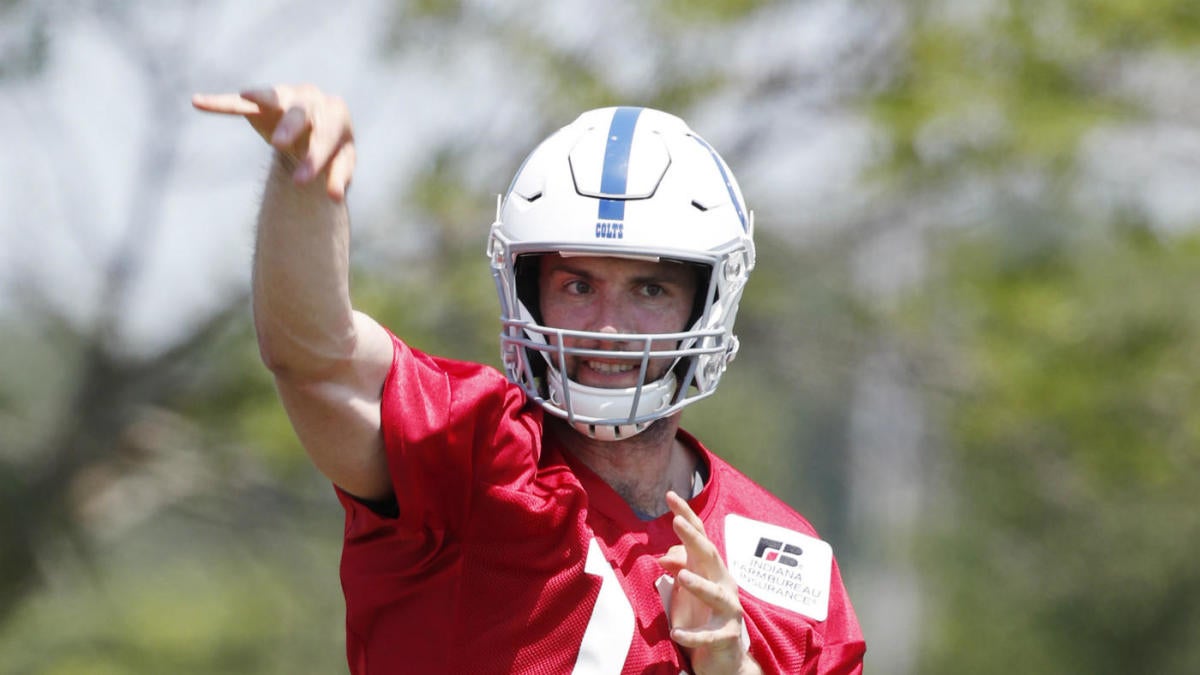 We’re headed into our second week of star Indianapolis Colts quarterback Andrew Luck sitting out training camp practices due to a lingering calf strain. Luck will not play in the team’s preseason opener later this week, and on Sunday it was announced that he would sit out as least another week.

The quarterback has, however, consistently maintained that while the injury is still bothering him, he’s not all that worried about it affecting his readiness for the season. Luck reiterated that lack of worry to NBC’s Peter King on Monday.

“No,” Luck replied when asked if he was worried about not being ready for the Colts’ Week 1 game against the Chargers. “I certainly believe I will [be ready]. That’s certainly the goal.”

Luck, though, did allow that sometimes the tendency of his injuries to linger can affect him.

“At times I do worry about it,” Luck said. “It can be frustrating. The arc of an injury, whether it’s a big surgical one or something you’re rehabbing through. But no, because I’ve improved. Maybe I’m not improving as fast as I want and missing things is no fun. It eats at you. But I do know at the end of the day if I’m getting the most out of myself, if I’m being the best I can that day, then that’s what I need to do.”

We have seen this happen before with Luck, who has had injuries to his shoulder, ribs, and more. They have affected his play on the field and obviously his ability to play in the first place, what with his having missed the entire 2017 season. We’re not yet at that point with this calf strain, but if his absence continues beyond this latest one-week timetable, maybe we will have to start worrying a bit more.