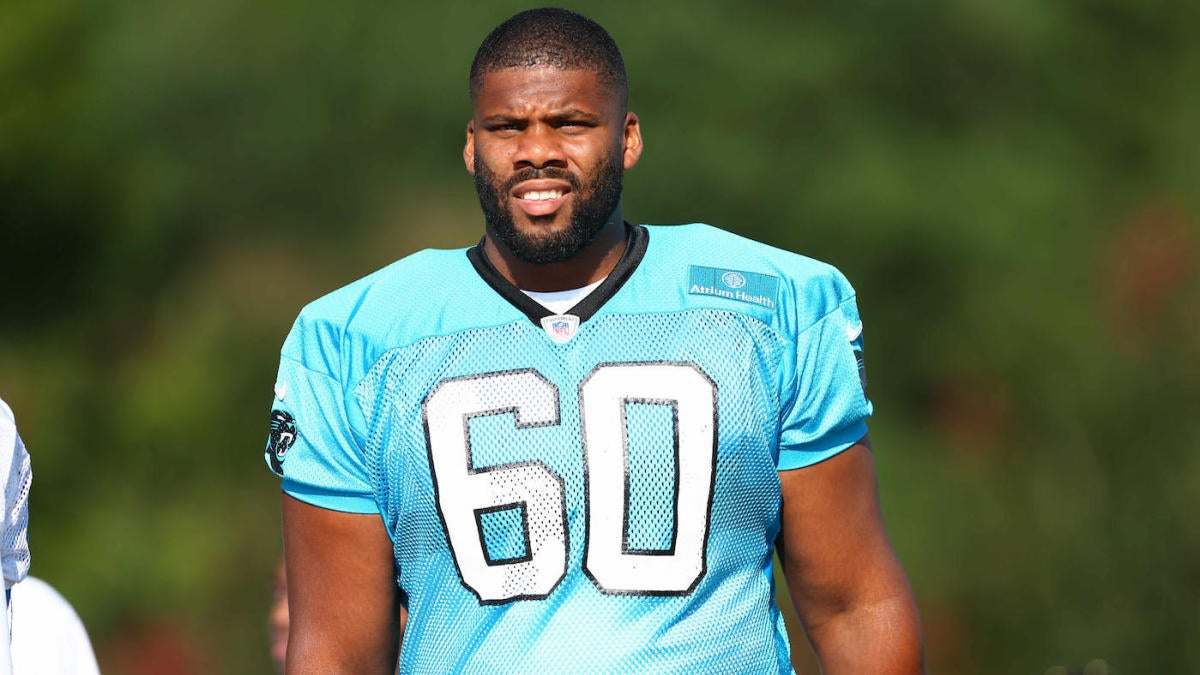 The Carolina Panthers‘ offensive line was seemingly in flux for the entirety of the 2018 season. The franchise put an emphasis on bolstering the position group over the past few months, however, and their potential will hinge on their ability to stay healthy.

Despite paving the way for running back Christian McCaffrey’s first 1,000-yard season and franchise record 1,965 all-purpose yards from scrimmage, the offensive line faltered towards the end of the season. The same can be said for the team as a whole, as the Panthers’ impressive 6-2 start was overshadowed by a 1-7 finish.

It’s a new era in Carolina when it comes to the offensive front.

The Kalil brothers are now part of the past for the Panthers. Matt Kalil signed a five-year, $55 million deal in 2017, but Carolina decided to part ways with the former Pro-Bowl offensive tackle in March. Ryan Kalil, who made five Pro Bowls in 12 seasons with the Panthers, announced his retirement at the end of last season, but shockingly backtracked on his decision and signed with the New York Jets last week. The Panthers did a solid job when it came to replacing these two starters, as we’ll get to in a minute.

Pro Football Focus is high on the Panthers’ offensive line entering 2019, and has them ranked in the top 10 coming into this season. They believe that this unit could end up being one of the best in the league, but the coaching staff has a couple of decisions to make first.

On Sunday, the Panthers unveiled their first unofficial depth chart, which gave us a good look at what the team is thinking when it comes to a starting five. This depth chart is not necessarily comprised of rich, interesting position battles that will have everyone on the edge of their seats, but there are still some questions that need to be answered — particularly at left tackle.

The injury bug took an early bite out of the Panthers’ offensive front last year, and Williams was one of the first victims. In late July, the 6-foot-6 tackle was carted off the field during training camp after dislocating his right kneecap and tearing his MCL. Williams fought hard to come back, however, and actually started the season opener against the Dallas Cowboys. It proved to be a mistake, as Williams re-injured his knee and was sidelined for the rest of the year.

Williams is slated to start at left tackle for now, but is in the midst of a position battle with second-round pick Greg Little. The depth chart could be shaken up a bit depending on who wins this battle.

The Panthers moved up 10 spots in the 2019 NFL Draft to select the First Team All-SEC lineman who started every game at left tackle for Ole Miss over the past two seasons.

Little, taken 37th overall, was one of the best pass-blocking offensive tackles in this class, and could be a Day One starter in the NFL. The Panthers don’t always like to throw their rookies immediately into the fire, especially if they have a viable option at the position like they do with Williams, but Little will be given a chance to prove that he’s the best option to protect Cam Newton’s blind side in 2019. It’s something that he mentioned during a conference call moments after being picked by the Panthers.

“I’m going to keep him safe,” Little said, via the Panthers’ official website. “I want to show people that I’m the best left tackle in this draft and I’m going to be here for a long time. I’m a true, franchise left tackle.”

If Little is able to win the job, then things will get interesting.

Van Roten is currently slotted to start at left guard, but if Little wins the left tackle job, Van Roten could be headed to the bench. Williams has played all over the offensive line for the Panthers, and has been taking snaps at left guard in training camp as well. Should Little prove that he’s the best option at tackle, Carolina won’t put Williams on the bench, they will simply just move him inside.

That isn’t said to slight Van Roten, who after several years, has seemingly finally found his footing in the NFL. After going undrafted in 2012, Van Roten had stints with the Green Bay Packers, Seattle Seahawks, Jacksonville Jaguars and even the Toronto Argonauts of the Canadian Football League. He found his way to Carolina in 2017, and played in 10 games as a backup. Last offseason, he signed a two-year extension and started all 16 games at left guard — the only Panther to play every snap in 2018.

Van Roten is another player who is versatile enough to play several different positions along the offensive line. His role as a starter may be temporary though.

Arguably the Panthers’ biggest addition this offseason was their new center, Paradis. After spending his rookie season with the Denver Broncos in 2014 on the practice squad, Paradis won the starting center job the following year. He had an incredible first season, and helped the Broncos defeat the Panthers in Super Bowl 50. Paradis went on to start all 16 games in 2016 and 2017, and was soon regarded as one of the best centers in the league. Things took a turn for the worse last season, however, after he fractured his fibula in Week 9.

It was the first major injury of his career, and one that gave the Broncos second thoughts about re-signing him. They eventually let him walk, and the Panthers jumped at the opportunity to sign him to a three-year, $27 million contract.

Paradis is the unquestioned starting center on the Panthers, and the franchise is hoping that he can come back 100 percent and anchor this offensive line after the devastating injury he suffered last year. Tyler Larsen is expected to serve as Paradis’ backup, as he will be playing out the last season of the two-year deal he signed with the Panthers in 2018.

Turner is another player whose starting status on the offensive line is unquestioned. The former LSU star has earned Pro Bowl nods in each of the last four seasons, and is expected to be a leader on this unit. He hasn’t been able to play a full season since 2016 though, which is something to keep an eye on.

The Panthers’ offensive line looks great on paper, but it’s hard to establish yourself as one of the best units in the league if your starting five can’t stay healthy.

Moton is regarded as somewhat of a rising star on this offensive line, which is why he is slated to start at right tackle again this season. The Panthers’ second-round pick in 2017 has played in all 16 games in each of his first two seasons, and now has 16 starts under his belt. Moton started at left tackle in the season opener last year, after Matt Kalil suffered a knee injury in early September. Carolina then signed Chris Clark to play on the left, while Moton took over the right side — a door that was opened when Williams re-injured his leg in the first game.

PFF listed Moton as one of the NFL’s 10 breakout performers in 2018, and called him “integral” to keeping together an offensive line that should have collapsed after losing both starting tackles early on. He finished with the 15th best pass-blocking efficiency among tackles.

Hearn and Daley are slotted to back up the left and right guard spots, respectively, and it will be interesting to see if one can manage to outshine the other. After going undrafted out of Clemson last year, Hearn spent the majority of 2018 on the practice squad before being promoted to the active roster in December. He played in each of the last four games of the season.

Daley was the second offensive lineman the Panthers selected in the 2019 NFL Draft. He’s another player who has experience playing tackle, which means we could see him take some snaps on the outside, should the occasion arise.

Greene, who is slated to back up Moton at right tackle, is a very interesting prospect to me. He played both on the defensive line and offensive line during his collegiate career at the University of Alabama, but spent most of his time at tight end. After a short stint on the Chicago Bears‘ practice squad, he signed with the Birmingham Iron of the Alliance of American Football last year. The 6-foot-5, 295-pound lineman is actually listed as an offensive guard on the Panthers’ roster, which could mean that they will experiment with where to play him.

The Panthers currently have 16 offensive linemen on roster, which means that we could be looking at somewhere between six to eight cuts. Kofi Amichia, Rishard Cook, Parker Collins, Kitt O’Brien and Norman Price all have not played in an NFL regular-season game, so they would be the likely cut candidates at this point.

Dillon Gordon is the last player worth mentioning. He played in one game with the Philadelphia Eagles in 2016, but has struggled to find his footing in the league. He’s currently listed as the third-string right tackle behind Greene, but could end up winning the right to back up Moton by the regular season should Greene struggle.