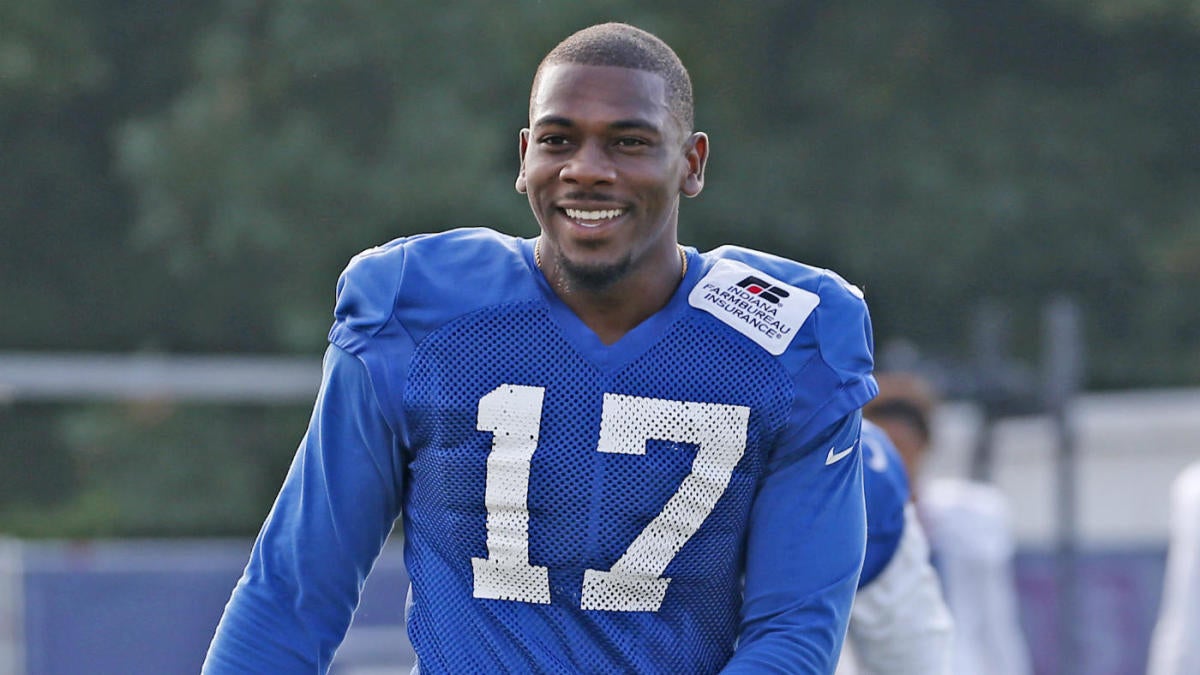 Life comes at you fast, as the Indianapolis Colts know all too well.

It feels like it was forever ago when the team boasted back-to-back AFC South titles, before falling on hard times that saw them fail to deliver a single winning season in three consecutive tries following the 2014 campaign. It was a daunting stretch for the organization on all levels, including concerns on if quarterback Andrew Luck would ever return to the field after being sidelined the entirety of 2017 with a surgically repaired throwing shoulder, but 2018 saw a rejuvenated and redesigned team — that included Luck bouncing back — from a 4-12 finish in 2017 that ended the tenure of head coach Chuck Pagano and ushered in former Colts’ assistant coach Frank Reich as his replacement.

With Luck back to prime form, aside from a calf injury he’s nursing, and the organization now committed to keeping him upright — having allowed a league-worst 44 sacks on Luck in 2016, but a league-best 18 in 2018 — the question now becomes quite simple from an offensive standpoint. As far as the Colts’ passing attack goes, who is ready to step up and make a name for themselves as a new weapon for an MVP-caliber Luck?

It’s a formula Reich and offensive coordinator Nick Sirianni will lay awake at night trying to figure out.

The one thing that doesn’t require thought is who the Colts’ top target will be, or top two, for that matter. Those spots belong to wide receiver T.Y. Hilton and tight end Eric Ebron, and for good reason. The former again broke the 1,000-yard receiving mark in 2018 with Luck back in the fold, having fallen just shy of the mark in 2016 with Jacoby Brissett at QB, which marked the first time Hilton hadn’t reeled in at least 1,000 receiving yards since his rookie season in 2012. The four-time Pro Bowler was one of the best yet wideouts in the league yet again with 1,270 receiving yards and six touchdowns in 14 games, and his offensive potency in Indianapolis was overshadowed only by Ebron — who broke out in a big way last season.

The former first-round pick hauled in a career-best 740 receiving yards, yes, but more impressive was his franchise record-setting 13 TDs that led to a Pro Bowl nod and cemented him as one of the most dangerous red zone weapons in the entire NFL.

It’s not a problem for the offense to see Hines as capable at producing in the receiver role as he is at taking handoffs, if not more so, but the young stable of wideouts on the roster will quickly begin to understand how he factors into Sirianni’s blueprint and how it increases the level of difficulty for them. The bottom line is although Hines caught only two passes for TDs in 2018, his 425 receiving yards was good enough for fourth-best on the team, and he shows no signs of slowing down.

With a 77.8% catch percentage and averaging 6.7 yards per reception, the Colts will continue to flex him as a receiver going forward — shrinking the pie that much more for anyone not named Hilton or Ebron.

The cost of attrition

The business of football is as real as the electronic device you’re reading this on, and with solid production comes an inevitable request for a higher salary. The Colts held a firm stance in this regard when it came time to visit with Ryan Grant and Dontrelle Inman in the spring, both having signed a one-year deal with the club in 2018. They both made a name for themselves in Indianapolis over the course of last season, posting the fifth- and sixth- highest receiving yard totals on the team, and while their numbers didn’t blow anyone away — they did combine for a total 640 yards and four touchdowns.

With Grant now wearing taking up residence out west with the Oakland Raiders and Inman taking his talents east to the rival New England Patriots, the void of their combined production falls squarely upon the shoulders of a young and unproven group of receivers who are champing at the bit to prove they deserve a seat on the coveted 53-man roster in September.

There’s a very real opportunity here for Rogers to take the next step forward in his career, especially considering it was Rogers who delivered the third-highest receiving yard tally of any true wideout on the Colts roster in 2018. His 485 yards and two TDs were career highs in both categories for the 25-year-old, and he’s improved year-over-year since entering the league as an undrafted free agent for the Colts in 2016. With Grant and Inman no longer in the picture, Rogers will look to stave off newcomers and incumbent young talent vying for the role of WR2. The Colts already have their eye on who should take the lead in training camp, but that doesn’t mean Rogers can’t change their mind.

He’s going to have to flat-out shine in camp, because as far as who the frontrunner is — it’s the guy below who landed a rather convincing deal with the Colts on the second day of NFL free agency in March.

Making up for the production lost in free agency, the Colts signed Funchess to a one-year deal worth $10 million this offseason. He lands in Indianapolis by way of the Carolina Panthers, whom he spent the first four seasons of his NFL career with after being their second-round pick in 2015. He was never able to ascend to the role of No. 1 receiver in Charlotte, but was certainly impactful as a WR2 — his best season being 2017, when he pulled in 840 yards and eight touchdowns. Funchess is both more experienced and more proven than Rogers, with what feels like a bit of untapped potential in his resume.

Standing 6-foot-5, 230 pounds, he also has experience at the tight end position, and that adds to what he brings the Colts in heavier offensive sets. It also makes him more of a weapon than Rogers, but the veterans have a rookie — or two — to worry about as well. His one-year deal includes $7 million in guaranteed money, so it’s safe to say that alone will keep him off of the roster bubble, but it doesn’t guarantee he’ll be WR2.

It simply means the Colts expect him to be, but there’s at least one rookie who’ll push that issue.

Parris Campbell is the team’s 2019 second-round pick, and the former Ohio State star receiver is hot off a 1,063-yard season wherein he also racked up 12 TDs for the Buckeyes en route to First Team All-Big Ten honors. No organization spends a premium pick on a receiver if they don’t feel he’ll turn into something special, and Campbell will be looked upon to challenge both Rogers and Funchess for the WR2 seat. He doesn’t have the size of Funchess, but he’s an absolute burner who boasts a 4.31 40-yard dash and can take the top right off of an opposing defense.

For undrafted talents Penny Hart and Ashton Dulin, the road to the 53-man roster will be less friendly. Hart was impressive in his time at Georgia State, but likely fell to the ranks of the undrafted due to his size. His 5-foot-8, 180-pound frame does feel diminutive at the NFL level — even for a slot receiver — but he has a chance to disprove that narrative as others before him have. The added issue is while he’s clearly quick, he’s not fast, and he lacks that added gear to create separation from a defender. Lacking the size to flex outside the hashes adds to an already steep level of difficulty, but crisp route running is valued in the NFL and will have to be his calling card in camp.

Unlike Hart but much like Campbell, Dulin does have the added gear and also the size to either be a tall slot receiver and/or someone who operates on the outside. Dulin is a 6-foot-1, 215-pound specimen who tested well athletically and has good arm length, but his 4.43 speed really helps him stand out. Playing in a small program like Malone University didn’t help his draft stock, but considering he’s a former track star who can also double as a returner, he’ll raise an eyebrow on two in camp and in the preseason.

It seems inevitable that every training camp for every NFL team reveals one or two players who step in and blow the doors off of what was expected of them, and it feels like the Colts will be no different in 2019. They’ve got a stock of talent that includes a slew of young receivers looking to find a foothold in their young pro career. They’re quite familiar with 24-year-old Zach Pascal — who had 268 receiving yards and two TDs in 2018 — and he’ll square off against youthful journeymen like Jordan Veasy, Roger Lewis and Marcus Johnson, who are all suiting up for their third NFL team in almost as many seasons.

Some familiar, yet unproven, faces ready to make waves include Deon Cain, Daurice Fountain, Steve Ishmael and Krishawn Hogan, and while none of those four players is older than 24, Cain, Fountain and Ishmael all joined the Colts as rookies in 2018 and are hoping to prove they can make an impact in their second year. Hogan has a one-year edge on those three, however, himself being signed by organization in 2017 after being given a brief shot with the Arizona Cardinals as an undrafted rookie.

Their familiarity with the offensive scheme of Reich and Sirianni puts them in a better space than newcomers like Veasy, Lewis and Johnson, but not by much. A pass-happy team like the Colts — one whose average of 40.2 attempts weekly was second only to the Pittsburgh Steelers — are going to truly key in on whose got the juice at WR for the coming season, and it’ll behoove each player to figure out what they do best and hammer it home.

The Colts have 14 bodies at the WR position and will look to reduce that by more than 50% in a few weeks.

The safe bets at the position are Hilton and Funchess, along with Rogers as a strong depth piece with Campbell rapidly gaining ground as he pursues Funchess for a nod at WR2. If you assume Hilton at WR1, Funchess at WR2, Campbell at WR3 and Rogers at WR4 — or any variation of those assignments behind Hilton — it leaves roughly two spots open for 10 remaining players to fight for. The team also worked out veteran Brandon Marshall recently, which proves they’re not resting on their laurels.

Happy hunger games, and may the odds be ever in their favor.