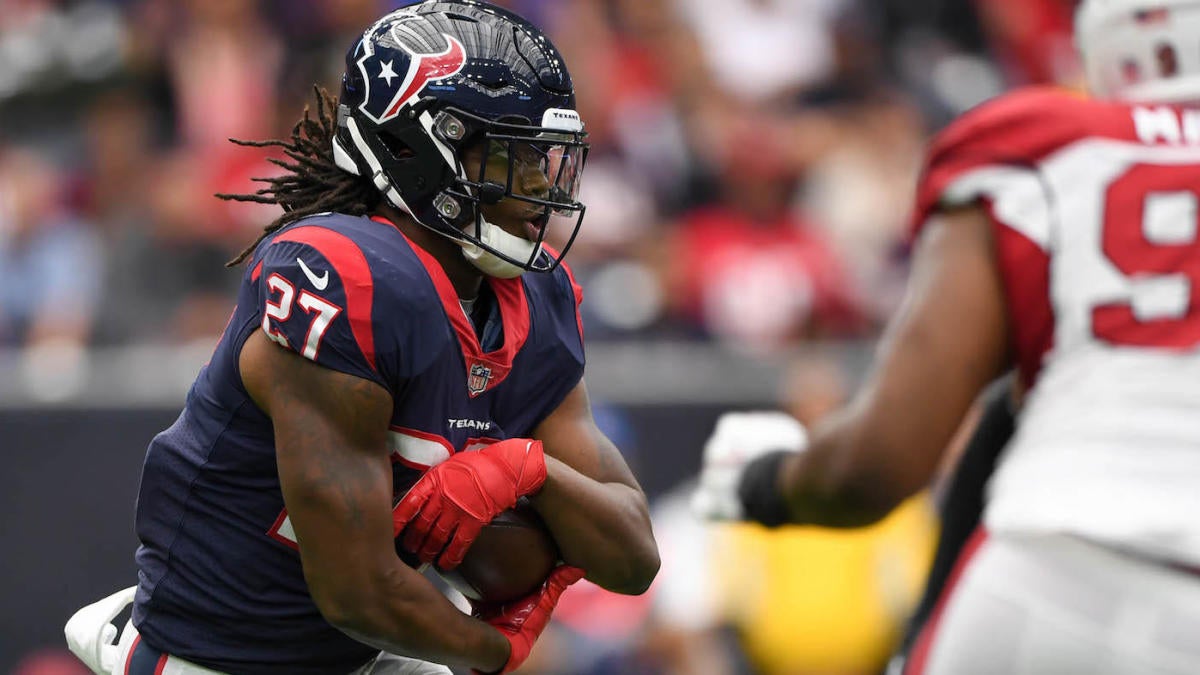 The Texans are cutting their losses with D’Onta Foreman as John McClain of the Houston Chronicle reports the team is waiving the former third-round pick. McClain notes that Houston wasn’t happy with Foreman’s work habits.

The former Texas Longhorns back hasn’t been able to get solid footing since coming into the NFL in 2017. Foreman missed the bulk of last season due to a torn Achilles he suffered back in Week 11 of the 2017 campaign. He was activated off PUP in early December, but was only able to suit up for Houston’s Week 16 loss to the Eagles and then their defeat at the hands of the Indianapolis Colts on Wild Card Weekend.

The writing was on the wall for the Texans letting Foreman go. Head coach Bill O’Brien didn’t appear pleased with Foreman’s progress as he noted the backup role behind starter Lamar Miller was wide open, seemingly dismissing that Foreman was a lock for that spot.

During his tenure with Houston, Foreman rushed for 326 yards and two touchdowns, while catching eight passes for 111 yards and a touchdown during 11 regular season games. By waiving him, the Texans clear around $500,000 off their salary cap.

With Foreman out of the picture, that leaves veterans Miller, Josh Ferguson, Buddy Howell and Taiwan Jones as the running backs on the Texans roster, along with undrafted rookies Karan Higdon Jr. and Damarea Crockett.

Depending on how confident they are with Miller as the starter, it will be curious to see if the Texans become players for disgruntled Chargers running back Melvin Gordon. His agent, Demarius Bilbo, reportedly informed Los Angeles last week that Gordon wishes to be traded after the team initially gave the back a contract offer that would earn him around $10 million annually.

While Gordon may want a trade, Chargers general manager Tom Telesco did not give Bilbo and Gordon’s camp permission to seek a trade partner. Gordon is currently holding out of training camp with the Chargers as he searches for a more lucrative contract.

In the case of the Texans, this could be an ideal opportunity that has seemingly fell on Gordon’s lap. If they are interested in trying to acquire him from the Chargers, they have the second most amount of cap space at just over $38.5 million, which is plenty of dough to give him the contract he desires. If they were to pursue Gordon and wanted to also clean house by getting ride of Miller, they could clear an additional $6.2 million off of their cap.