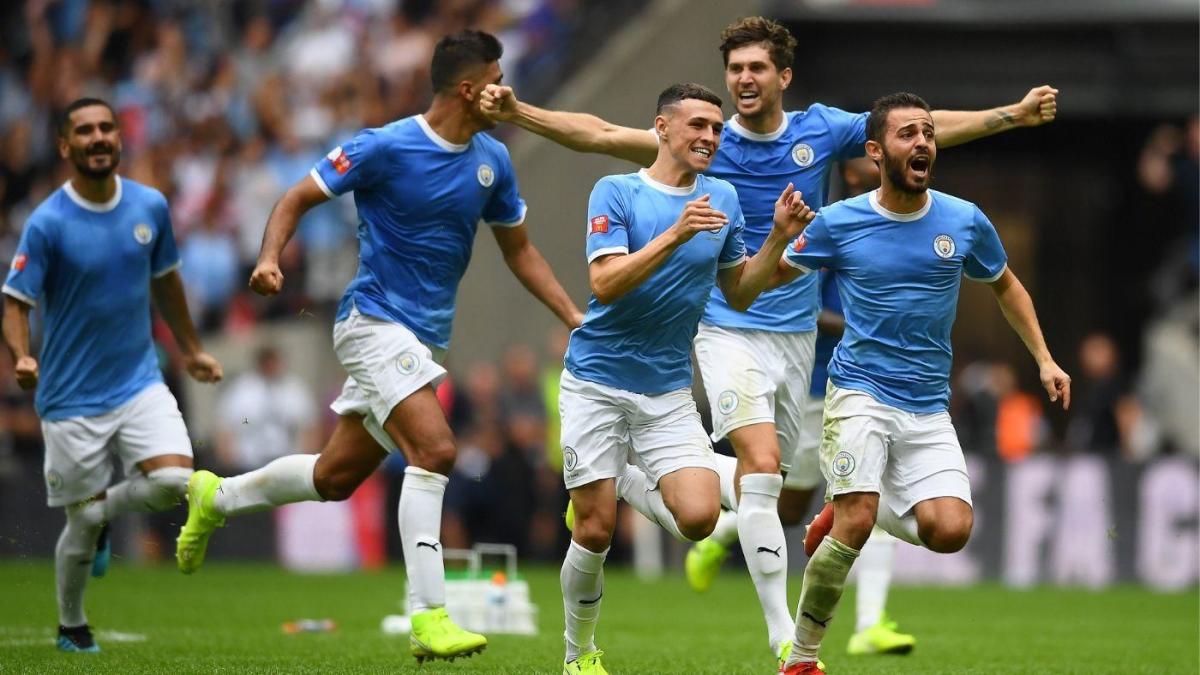 Manchester City beat Liverpool in penalty kicks on Sunday to win the 2019 Community Shield, with Gabriel Jesus scoring the winner. The intense match finished 1-1 after 90 minutes, and it was Claudio Bravo’s save on Georginio Wijnaldum that gave City the edge from the spot. No City shot-taker would miss as the club claimed its first trophy of the season, winning the kicks, 5-4. Here are three takeaways from the match:

The game was as good as advertised

This game had it all, and if their matches in the Premier League are anything like this, then the fans are the true winners. This game was intense, it saw goal-line technology used when it looked like Virgil van Dijk had scored in the second half, and it included a bicycle kick clearance in the final moments from Kyle Walker on Mohamed Salah.

The match featured 25 shots, 12 on frame and was played at a frantic pace.

Raheem Sterling got City on the board first in this one, scoring against his former team on a David Silva assist 12 minutes in:

But then, with just 13 minutes left, van Dijk assisted fellow centerback Joel Matip to level it:

But the craziness wasn’t done there. Salah headed the ball over Bravo, and just before it was about to cross the line, Walker did this:

In case you were wondering — they are set to play on the weekend of Nov. 9 in their first meeting of the Premier League season:

The former Atletico Madrid star played 90 minutes for City in this one and looks like quite the player in this system. Having already impressed in the preseason, he continued to do so here. So calm on the ball, it’s like he has eyes on the back of his head when it comes to finding the open man. Rodri is not much of a threat in attack, but does what he is supposed to do — help defensively in the middle, control the ball, play into space. He does it so well. He’s the future for this club at the No. 5 position and the future for the Spanish national team in that role. Guardiola has himself quite the player.

There aren’t a lot of areas where van Dijk could be better, but as with any defender, having them help in attack would be nice. He’s always been good in the air, but his passing ability in the final third is getting better, and that’s scary. When Liverpool trails, the team shifts him forward because of his height and ability to head home or assist someone in the air.

His assist to Matip in this one was fantastic. He had six goals last season, and he should have similar production in the 2019-2020 campaign. His growing ability to set up teammates only makes this team better.

CBS Sports had live updates from the match and you can relive the game below. If you are unable to view the live updates below, please click here.